We sat down with Jon Spaihts, the writer of hit films Prometheus, the Marvel movie Dr. Strange, and his new sci-fi epic Passengers, starring Jennifer Lawrence and Chris Pratt. He told me about the struggle of getting the film made, the challenge of writing movies that are part of a larger cinematic universe and the sci-fi writers who influenced him.

Innovation & Tech Today: I was curious because I know you had written Passengers a while ago. Where did the original idea come to you from, and were you worried it wasn’t going to get made? Or did you think it was a great story that would eventually come out?

Jon Spaihts: Two things are always true. Every screenplay is in grave danger of never getting made and every screenwriter is worried about it. And truly original stories have a way of sticking around. So screenplays with good bones tend to linger and get multiple shots at getting made. So you always hold onto them and hope and keep your fingers crossed. And I was absolutely doing both with Passengers. It was a very hard movie to get made. Hollywood is most comfortable doing something with clear precedent. Studios are happiest if you can point to a movie almost just like this one that did very well. And there are no movies almost just like Passengers. It’s a very unusual shape. So it took time and courage to get the movie made and I’m very gratified that it came through that process intact and with its integrity unbroken.

I&T Today: Very cool. How did the idea of these characters waking up out of this – is it a cryogenic sleep? Or suspended animation? What was the science that you were looking into of how they’re being transported? 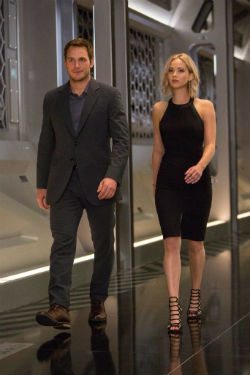 Jon Spaihts: It’s kind of an X technology. It serves a dramatic purpose because – for the purposes of the story – it’s necessary that the sleepers in their pods look lifelike and approachable. That they represent a kind of company to people who have awoken too soon and have no one to be with. So we couldn’t submerge them in gel or freeze them solid and turn them blue. Whatever technology is being used to suspend the biological activity inside the pod needed to be cosmetically appealing. So it’s underspecified in the film quite deliberately.

I&T Today: OK, that makes sense. In science fiction, you always have to walk that line between the science and the fiction. Do you do a lot of research in terms of the science when you’re writing a screenplay like this?

Jon Spaihts: I am doing light science research constantly as just a part of my character and lifestyle. I’m a huge science nerd. I’m always reading the science press as deeply as my knowledge base allows me and I rub elbows with as many working scientists as I can and ask a lot of questions. So I generally have a pretty live knowledge base about a story I’m approaching. And the deep dives I’ll do research-wise is to answer much narrower and more specific questions within that story like what would be a good direction to fly in to make a colonial journey from the earth in a certain direction with certain characteristics. And there too again ultimately the dramatic requirements of the story are always paramount. It’s just very important for me to serve the science as rigorously as I can along the way. And I’m always fighting to hold that line.

I&T Today: Very nice. Can you give our readers who are not aware of Passengers kind of the gist of what the story is? 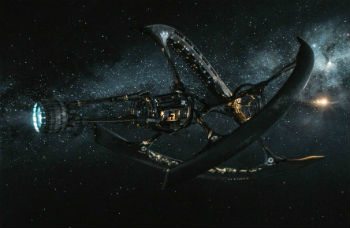 Jon Spaihts: We start the story on board the Avalon, a colony ship bringing 5,000 colonists from Earth to a new world. They will all join the growing colony on a virgin Earthlike world. And the voyage lasts 120 years. So out of necessity, the passengers make the vast majority of that trip in a state of suspended animation. And our story concerns a couple of people who through mischance are awakened far too soon. And for technical reasons are unable to go back to sleep and resume their voyage and will, therefore, live out their lives on this starship.

I&T Today: That’s such a cool, dramatic setup for a movie. Very existential.

Jon Spaihts: My favorite thing about it is that it begins with a hard scientific notion. But that scientific notion immediately gives rise to huge emotional stakes and philosophical questions and a very difficult personal gauntlet our characters have to run. So the story itself is a romance and an existential drama and an adventure in very human terms once the hard science has done us the favor of creating out initiating predicament.

I&T Today: I really enjoyed Prometheus. Was that a challenge taking on a franchise that has all these expectations and such a vocal fan base? Was that difficult to write or did you enjoy that?

Jon Spaihts: I loved it but it absolutely came with a number of challenges on its own. Not least is the nature of storytelling canons and fan followings. Because I guarantee you there are people in love with the Alien universe who are keeping better track of all the stories unfolding in that universe and how they relate to one another than any of the actual filmmakers or comic book writers themselves are doing. The deepest scholars of these fictional universes are not among the creators of the universes. They are at the pinnacle of the fan base. So for some of my research I was actually going not just back to Ridley Scott’s original movie and the large works inside the Alien universe, I was going to fan-made wikis online to look at fan theories of how all of these games, comic books, novelizations, and movies could be connected together into a continuous fabric and trying to pick up at least a fraction of the scholarship that the most immersed fans already have.

I&T Today: That’s probably a good idea. Well, and then also once the film comes out any fan can then access the internet and say, “You didn’t get this one minor detail correct.” 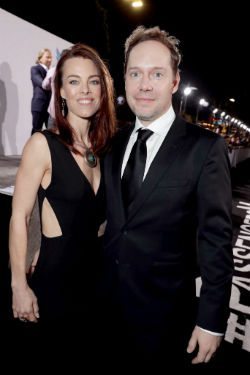 Jon Spaihts: Ultimately it is impossible, especially once a fictional universe becomes very complex with offshoots in different media like Alien, to dot all your I’s and cross all your T’s. Invariably there will be discontinuities and dissonances that some people will call out and other people will like. There again, the thematic requirements of the story in front of you must always be paramount. But just as in a hard science fiction story I think it’s imperative to serve science as best as you can. I think it’s desperately important to honor that universe as deeply as you can whether that’s the world of Alien or the world of Doctor Strange and the cinematic universe.

I&T Today: Jon, who would you say are some of your science fiction inspirations?

Jon Spaihts: Well I cut my teeth on some of the giants of golden age sci-fi, so Clark, Asimov, Larry Niven, Harlan Ellison, people who grappled with gigantic ideas. Particularly back in the time when cosmic development held the attention of sci-fi writers. In the postwar era, there was a tremendous optimism as we saw humanity leap from propeller planes to moonshots in a couple of decades. People really began to believe that the stars had to be next. And science fiction reflected that with wonderful space epics involving people leaping between the stars and traveling tremendous distances. That fiction, however, failed to predict information technology so it has a beautiful naiveté when you look back right now because human beings were still doing all the calculating. In the Cold War the threat of nuclear annihilation and the shadow of the race to the moon, which was, of course, the intercontinental ballistic missile, loomed large in the public consciousness and again cast a shadow into science fiction and there was a lot of very dark fiction that contemplated annihilation the end of civilizations, the lifecycle of entire planets. And that was magnetic and beautiful. Then came cyberpunk and information technology and the fiction inspired by that which turned inward. Virtual spaces contemplate the hacking of the body. I love that as well but it’s inherently less cinematic or more problematic. It’s kind of interesting now to see science fiction turning back outward to the stars. We’re starting to see some very big novels about galaxy-spanning civilizations and centuries-long space flights. The big picture once again, I’m inspired by that turn.

Saying Hello and Goodbye to Streaming Content from Netflix, Hulu, and Prime Video in March