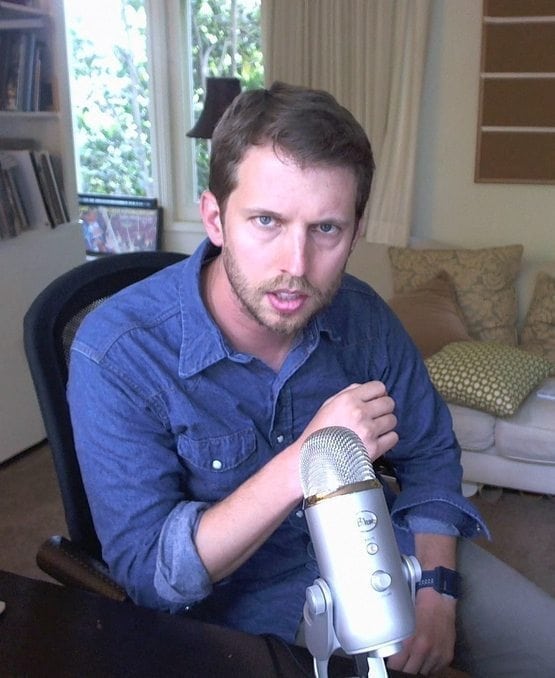 Actor Jon Heder has been extremely busy of late, having worked on Walt Before Mickey, Relatively Super, The Tiger Hunter, Christmas Eve, Killing Winston James, and Almost Heroes 3D. He’s also starring in only his second video game – Armikrog – playing a villain for the first time. I caught up with the actor before he started production on the new Ghost Hunters comedy to talk about his gaming skills, and he ended up pitching a pretty interesting Napoleon Dynamite VR game in this exclusive interview.

Innovation & Tech Today: What was it like working on the Armikrog video game?

Jon Heder: Armikrog is really rewarding in terms of creating these characters, creating this world, and creating an art style that you can really dive into. You can feel the tangibility of it all, especially since it’s stop motion. That’s something you can only do that in the indie game world, where Doug TenNapel has complete freedom and creative control.

I&T Today: What’s a favorite video game memory from when you were growing up?

JH: There was something magical about the Super Nintendo when it came out. We had the Nintendo, but when the Super Nintendo came out with Super Mario World, it was like, “Whoa!”  The color schemes were amazing. I played a lot of F-Zero on that and I was really good.

I also loved Pilot Wings 64. I really wish Nintendo did another Pilot Wings. I know they kind of got into that with Wii Sports Resort. The Wii was another fun console. My brother really got into the archery in Wii Sports Resort. I was a little bit more of a watcher than a player because my brothers were a little bit better gamers. But I was really good at Tetris. I was probably the best at Tetris in our family.

Overall, I was a Nintendo loyalist. I’m a hardcore Zelda fan, too. Those are pretty amazing games: Link to the Past, Ocarina of Time, and in some ways Windwaker may be my favorite Zelda game. But, there was something magical about Super Mario Bros. I loved the Super Scope and the game that came with it, Super Scope 16. Mario Kart was always my go-to until I was introduced to Halo and the more serious, bigger games. So, I sound like a serious gamer, but I listed almost all the games I played.

I&T Today: What do you like playing these days?

JH: I got introduced to indie games like Braid and Limbo by my brothers and those games I really go for. I love these brief games where I can sit down and just play. I recently played the three Batman Arkham games, and now I’m sucked into how good they tell stories and character development in these games. It’s crazy.

I&T Today: And most games are using Hollywood actors not only for voice acting but performance acting.

JH: Yeah. I have to get in on that. Ellen Page stars in this game called Beyond: Two Souls.  It’s not just her voice. It’s not just her body motion. It’s her real photo image. It blew my mind because you don’t even have to create different characters. You can have the actual actors star in the games. That would be fun, but they’d probably want to change my face and pecs. They can have my voice, though. Oh, that will be the future, man.

I&T Today: Speaking of the future, what are your thoughts about VR in gaming?

JH: I haven’t been able to try the Oculus Rift or the PlayStation VR. We had to rush out of E3, but I’m excited about VR. I think it’s a cool technology. They’ve joked about that in Futurama and sci-fi shows for years and it’s only a matter of time before we can have that Caprica experience where they put all those little Halos over your eyes and you’re just living in the game. I like the idea of moving around and enveloping yourself even more in the game.

I&T Today: Good thing for you, since you have a PlayStation 4 now.

JH: Yeah, but you know what I’m going to do? I’ll wait until all my brothers have tried it out and wait for them to say, “Dude, this is incredible. You’ve got to try it.” I let them sift through the junk first, and then they find the nuggets for me. I usually do it that way.

I&T Today: We’ve seen a lot of Hollywood properties turned into video games. What would a Napoleon Dynamite video game be if that ever happened?

JH: That’s straight up Oculus Rift material right there. You don’t have to do anything. You’d just stand there and not use your arms. Napoleon never uses his arms.

I&T Today: You’d have to have a dancing contest in there.

JH: You know what would be cool? Doing something in the vein of that Ben Stiller movie, The Secret Life of Walter Mitty, where he imagines everything. It could be in that style. You’re Napoleon, and you go around in an open world in Preston, Idaho. You can check everything out and see all the different characters, but there’d be certain little floating indicators in the game that you’d click to go into Napoleon’s imagination. You could pick up rollerblades and start rollerblading down the street. Click on an icon, and suddenly you’re skiing down a slope on the back of a Griffin and battling boss magicians with a battle axe. You’d have to complete challenges that are all in his imagination. I don’t know. That’s something.