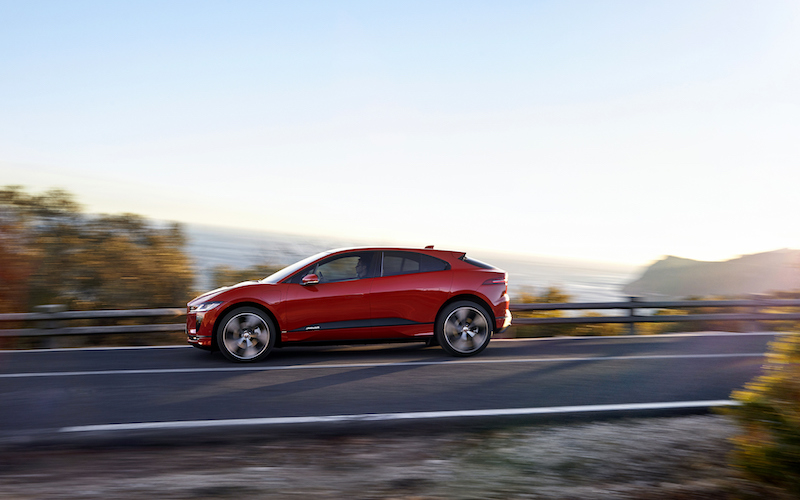 Jaguar’s foray into the electric vehicle world started almost casually with the I-Pace. Tesla’s Model S sedan had recently hit the market – and hit it hard. Traditional vehicle enthusiasts as well as environmentalists fell in love. Rumbles reverberated throughout the automotive world.

At Jaguar Land Rover, the Indian-owned classic British brands, several top executives huddled and decided they must take a new, electric direction. “Let’s do an electric car,” was the go statement Dr. Wolfgang Ziebart remembers as the start of the I-Pace. Ziebart said Jaguar’s Design Director Ian Callum did the initial sketches himself. It was a clean sheet of paper design, something Dr. Ziebart says was critical for the company’s approach to an all-electric car.

As Dr. Ziebart told Innovation & Tech Today in an exclusive interview, Callum handed off the sketches, which depicted a crossover that didn’t resemble a traditional car, yet held an unmistakable Jaguar look but with an uncharacteristic short nose. The design team built one model (rather than the usual several iterations). Management made a bold decision to move forward.

Dr. Ziebart occupies a unique position at Jaguar. His title is Technical Design Director for the I-Pace; previously he was JLR’s Director of Global Engineering. His resume includes extensive experience with BMW as well as suppliers Continental and Infineon and a stint with an electric car startup. 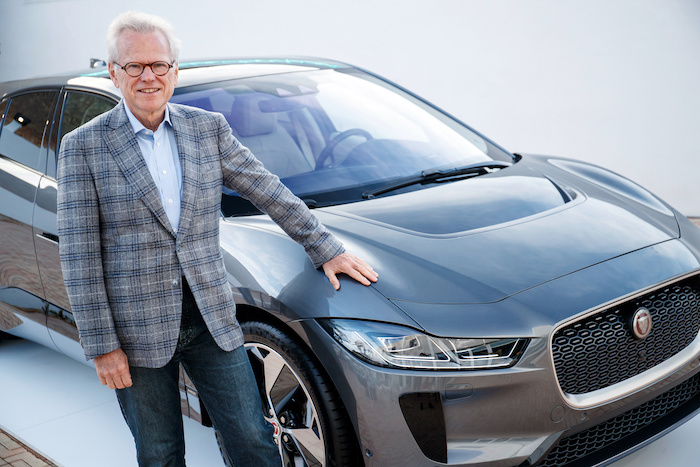 Dr. Wolfgang Ziebart with the I-Pace

Rethinking Jaguar with the I-Pace

That an established car company like JLR was able to produce a solid, competitive EV is not that remarkable. That they were to go from sketch to production in four years is a revelation.

Dr. Ziebart shared some of the story behind what he called a corporate culture change at the storied automaker.

The small I-Pace team, when it was created, quickly moved to an off-site location to be more focused on its new product. The new location has one large room where things moved along faster than a normal project because of the size of the team and its sole focus. Ziebart said one key element of the new structure – and differentiator from the traditional corporate culture – was a new structure for problem solving. All the people involved were in the same room, so problems were solved more quickly and thoroughly. The team was arranged based on its different communication needs, a logic not typically found in corporate office structure.

“Resolution speed is a term in engineering,” Ziebart added. “It’s a critical measure of efficiency. With the I-Pace, it was two times normal,” he continued. It resulted in engineering efficiency that reduced waste and created a lean system based on easy and quick communication and decision-making from a tight-knit team.

This new pace is affecting the rest of the company, too, as many elements from the I-Pace development are becoming common practice within Jaguar, where there is now one level of management at a company producing 600,000 vehicles a year.

The Move to Electrification

While not the first to make a move into mass market electrification or even the first major OEM to do so, Jaguar occupies a unique position. The company has leveraged its relatively small size to move quickly and beat larger and better-financed rivals like Mercedes, BMW, and VW’s Audi to market.

“Never in my life has there been this kind of excitement,” said Ziebart, a comment he underscored by noting he has been developing cars for 35 years. “Now we are a different [company].”

He also strongly believes that the new JLR structure born out of the I-Pace development process, tied with new electrified vehicles, will give room for smaller manufacturers like Jaguar to survive. This notion runs counter to much of the conventional wisdom of the industry, led by comments from the late FCA Chairman Sergio Marchionne, that consolidation was the only way for those smaller companies to survive.

Something else quite significant came out of the I-Pace design process, Ziebart said. A new definition for the electric car.

Jaguar’s aesthetic principal, he explained, was that form follow function. So, in defining what a Jaguar electric car would look like, the team strived to meet two not-always-compatible goals – the I-Pace would have to be instantly recognizable both as an electric car and as a Jaguar, a path not being pursued (at least so far) by luxury competitors Mercedes and Audi. The results are Jaguar styling cues – a rear end borrowed from the F-Pace, a grill and door handles familiar to fans of the British carline. The electric cues are subtler. The traditional Jag grill is closed since there is no engine to be cooled, though it channels air through a scoop in the hood and up over the roof, enhancing aerodynamics. The nose of the I-Pace is truncated (because there’s no need for an engine up there—or a “frunk,” Ziebart adds), and the overall exterior footprint appears compact.

Once inside, that compact exterior opens to a larger-than-expected interior. It’s a full class (or two, Ziebart notes) size bigger than the exterior would indicate. Designers were presented with the engineering decision to place the 90 kilowatts of batteries in 432 pouch cells under the floorboard. That results in a slightly (150mm) higher ride height, which Ziebart’s designers turned into a crossover stance that straddles the territory between a sport sedan and the new category of crossover coupe.

The Eternal Battle Between Finance & Engineering

Early on, the I-Pace faced a decision that would define the vehicle’s ultimate configuration as well as its position in the marketplace. Engineering proposed that the electric Jag should have two identical electric motors, one to drive each set of wheels. Finance, said Ziebart, insisted that this small company needed to be prudent with its first foray into the electric world and conserve cash by using a single, larger motor.

Engineering won, resulting in that spacious interior and, more importantly, a more balanced weight distribution (50/50 front/rear) leading to better directional stability, better handling, and an exceptional ride for the size of the car. Ziebart adds that the vision delivered was a “radically optimized electric vehicle,” taking advantage of EV design.

Those two electric motors were developed in-house by the small I-Pace team, boosting space utilization, lowering weight, and upping efficiency compared to off-the-shelf solutions that were their options. The weight savings translate directly to the I-Pace’s 200+ mile range on a single charge.

Related: The Exciting (Near) Future of Autonomous Cars

How the I-Pace Competes with Tesla

Tata Motors – the Indian-based parent company of JLR – is a blessing, Ziebart tells us, because it means the company is owned by car enthusiasts. “They may be petrolheads,” he said, “not really convinced at first about electrification, but then they made the commitment.”

It’s not clear to Ziebart how fast electric cars would happen, but he sees the path forward. For Jaguar, all new cars from 2021 on will be electrified. Even before then, expect to see more electric models. “Electrification is good for the auto industry,” he said. Further, he believes that the coming proliferation of electric models will just expand the overall EV market. “There will be no losers,” he added firmly. The upper end/most luxurious cars will be full electric because that market will accept the price premium and wants an “environmentally correct appearance.”

“It’s not about us replacing Tesla or competing with Audi,” Ziebart said. “Tesla needs this type of challenge.”

Feeding into JLR’s future technology development is its incubator in Portland, Oregon, a vital component of the company’s focus on growth in electrification. Another future path the company is exploring is a long-term partnership with Waymo, Google’s self-driving car company. Part of that is a commitment to supply 20,000 I-Paces to Waymo to be outfitted to become self-driving vehicles in Waymo’s fleet starting in 2020. This small (600,000 vehicles per year) car company has almost a century of automotive history, but appears firmly positioned for the challenges of the coming century.