It’s All About Aviation; Q And A With YouTube’s 74 Gear

He goes by “Pilot Kelsey.” He’s a commercial aviator, a YouTuber, and has crisscrossed the world carrying passengers and cargo in a Boeing 747. Along with his nearly 400,000 subscribers, you can catch “Pilot Kelsey” in a hotel room somewhere around the globe answering questions or discussing everything from dangerous runway landings to Hollywood’s portrayal of aviation in the movies.

Recently, Innovation & Tech Today had an opportunity to sit down with the 747 pilot to talk about his YouTube channel, 74 Gear, and his experiences as a professional aviator.

Innovation & Tech Today: How did you get into aviation? What sparked your interest in flying and led you to the career? 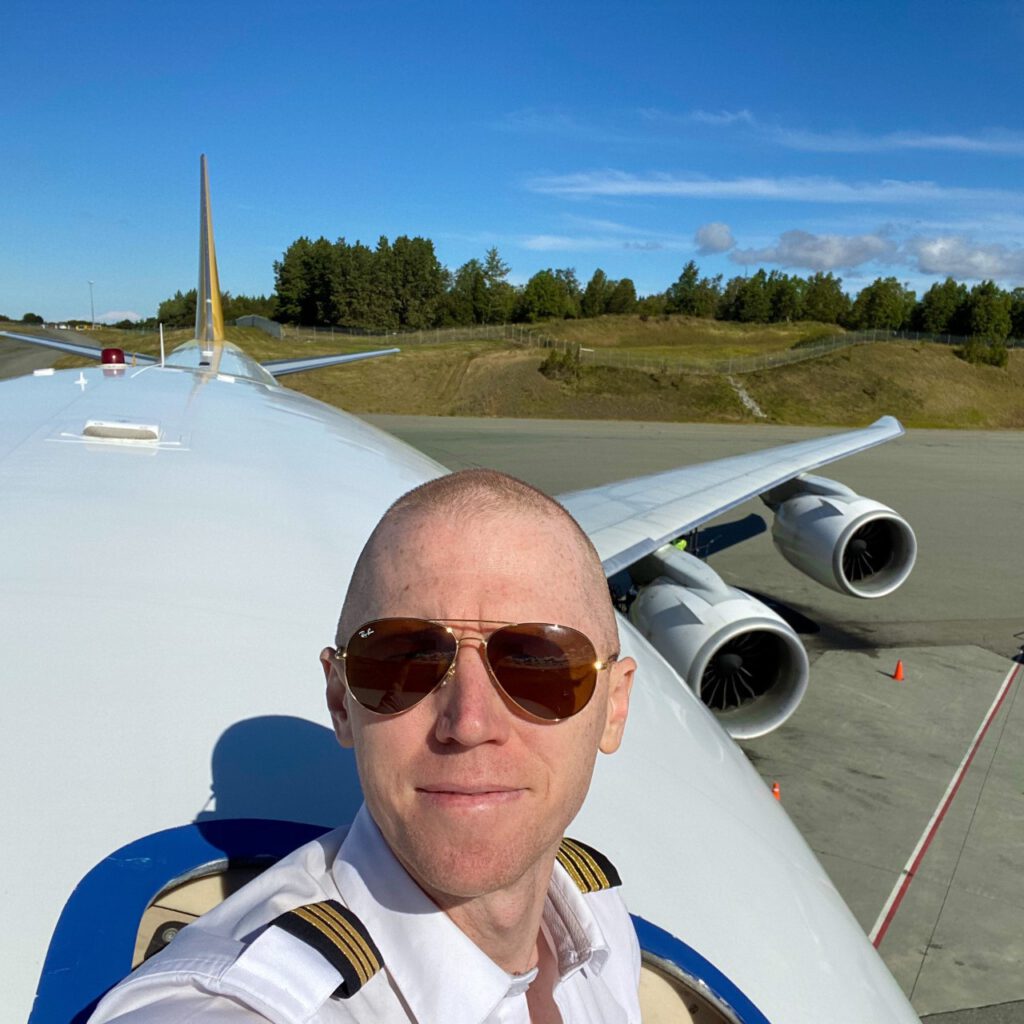 Kelsey: My aunt was a flight attendant and her husband was an aviation engineer and pilot. This planted the seed, but he was incredibly smart, and I wasn’t sure I had the intelligence to become a pilot.

It wasn’t until I was an adult and spoke to him about the idea that he said I could do it if I put in the work. Also, being a pilot fits my personality and I’ve always liked traveling. It’s definitely not for everyone, but it rarely feels like work compared to a lot of other jobs.

Innovation & Tech Today: As a working pilot, what made you turn to YouTube? How many followers? What’s your growth?

Kelsey: I was having a lot of long layovers and looking for something to do with my time. I was watching YouTube videos about ideas and thought if I started a YouTube channel, I’d be able to give back and answer some people’s questions about aviation.

I’ve even helped people with a fear of flying, which is very cool. I’ve helped a lot of aspiring aviators and flight attendants pursue their dream, but I didn’t really expect it. I currently have over 350,000 subscribers on YouTube, but I pay more attention to the impact the videos have on people.

The comments people leave, the direct messages on Instagram saying thank you, people seeing me walking down the road and thanking me for the videos.  That means I am adding value to their life, and that to me is the best part.

Innovation & Tech Today: What about your channel has surprised you?

Kelsey: I honestly had no idea if it was going to work. I never had intentions to become a recognized person.

It is strange walking through an airport or in a restaurant and have people come up and say hello and they love my channel even though they are not involved in aviation.  The people who aren’t pilots, flight attendants, or have friends in aviation, but enjoy my videos is one of the most surprising things.

I have had no formal education on making videos. It was just me and my iPhone bored in a hotel room. In the beginning, I published some terrible videos with bad editing, poor lighting, and audio.

But I treated it all like flight school, and there’s no other way to get good at landing a plane other than doing it.

Innovation & Tech Today: What are the most common misconceptions of flying today?

Kelsey: Some people think there is a lot of danger and risk in commercial aviation. I get a lot of private messages from them thanking me for helping them get over their fear of flying.

If I am in uniform flying as a passenger and someone next to me is visibly nervous, I tell them you don’t need to worry until I start screaming… That usually gets a laugh, but I am not sure it helps at all.

Innovation & Tech Today: What does Hollywood get right and what does it get wrong?

Kelsey: I am surprised Hollywood movies don’t have a professional pilot on set as a consultant.

I know with a lot of military movies they do, but they don’t do that nearly enough in aviation related scenes and that’s why my Hollywood vs Reality series has done so well.

What they get right are the broad strokes of what’s happening on the flight deck, but a lot of the nuances and realities of aviation are missed.  I know actors will spend weeks with a Navy SEAL training to properly hold a gun and move, but you’ll see the wings of an aircraft cutting through trees like a hot knife through butter in the same movie.

Kelsey: Commercial travel now is extremely safe. The airlines invest hundreds of thousands of dollars in training pilots to fly aircraft worth tens of millions, or in my case, hundreds of millions of dollars.  On top of that, you have air traffic control keeping an eye on your aircraft and the other aircraft around you.

We have satellite phones to use if there are issues, and we can get a hold of anyone in an emergency. The level of automation an aircraft employs reduces the workload on pilots and increasing safety.  Not being in control of the plane makes some people nervous, but there are two-plus pilots up there with a lot of training while people on the ground lookout for everyone, too.  There are a lot of safety redundancies.

Innovation & Tech Today: What is the future of flying? With 5G coming onboard, experts are predicting autonomous travel. How will flying play a role?

Kelsey: It’s funny you ask. I spoke about this in a recent video because someone asked me the same question. Air travel eventually will be done autonomously, but that is a long way off, even for cargo aircraft.

Security improvements must ensure those aircraft are never at risk in the sky or those beneath them. I think autonomous travel will start with cargo aircraft over water until it’s proven safe for the passenger world. Right now, the Boeing 747 can land itself and stop, but I wouldn’t get into a plane without a pilot.

Innovation & Tech Today: What would you tell a person who is scared to fly to get them on the plane?

Kelsey: Usually I joke commercial aircraft don’t have an ejection seat for the pilots. Sometimes people think we have a crazy death wish, or if things go bad, we aren’t also ON the plane.

The reality is pilots want to go home at the end of the day just like you. The pilot also has the final say and can disregard airline demands. The final safety decision is up to the pilot, and that’s after the mechanics and a bunch of other industry pro’s say it’s safe to fly.

There are two people up there who also want to go home. They are not going to do something they feel will jeopardize their life, so you have nothing to worry about.

It’s All About Aviation; Q And A With YouTube’s 74 Gear