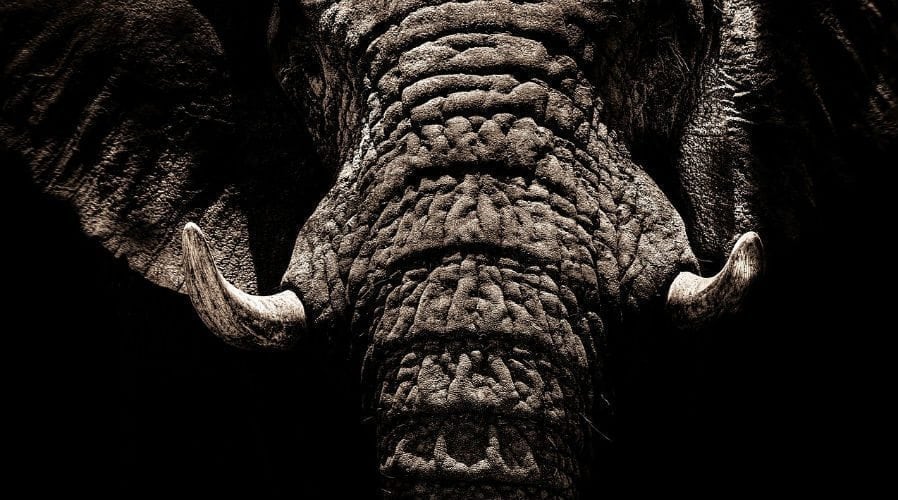 In June last year, Google, Microsoft, Facebook, and Twitter released a joint statement announcing the formation of the Global Internet Forum to Counter Terrorism (GIFCT). The Forum was created to combat terrorist propaganda on the internet and reduce the influence of these radical ideas.

The internet has now become fully integrated into nearly every aspect of life, including crime. Internet companies, like Facebook and Google, have both struggled and succeeded in their attempts to curb criminal activity via the web. But now, once again, some of these tech titans are stepping up to help fill the gaps that law enforcement cannot fully monitor. One area that internet companies have struggled to manage in the past few years is the growing illegal trafficking of ivory and other wildlife products. For this reason, the World Wildlife Fund (WWF), TRAFFIC (the wildlife trade monitoring organization), and the International Fund for Animal Welfare (IFAW) are creating the Global Coalition to End Wildlife Trafficking Online.

The effort includes Google, eBay, Facebook, Instagram, Alibaba, and 16 other prominent tech companies. Highlighted in a press release published yesterday morning, the ultimate goal of the coalition is to reduce wildlife trafficking across platforms by 80 perfect by 2020. In the statement, Crawford Allan, Senior Director of Wildlife Crime and TRAFFIC at WWF, shared the inspiration for this effort: “Bringing these industry giants together is the best shot at systematically closing the open web to wildlife traffickers. Criminals are making a killing from selling rare species and products made from their parts. Inconsistent policies and enforcement across the web invariably create a ‘whack-a-mole’ effect, where ads may be removed from one site just to pop up somewhere else. These companies see the problem and are uniting to ensure an internet where traffickers have nowhere left to turn.”

Illegal wildlife trade is a black market industry that often goes unchecked and is difficult to monitor. Because of this, it has experienced unprecedented growth over the years. According to National Geographic, Savanna elephant populations decreased 30 percent between 2007 and 2014. The number of rhinos killed illegally in 2017 was over a thousand in South Africa alone, a sharp increase from the 13 killed ten years prior. Ivory from elephants and rhinos is used for everything from statuettes and jewelry to bowls and other trinkets. But elephants and rhinos aren’t the only species in danger. “Countless other animals and their parts are also bought and sold online illegally every day,” writes Rachael Bale for National Geographic, “everything from sea turtle shell hair combs to the skins of endangered animals to rare live reptiles and tiger cubs.”

The formation of this coalition comes in the wake of the White House’s decision to lift the ban on importing sport-hunted trophies of elephants from certain African countries. However, as the World Wildlife Fund explains, “Addressing this issue in partnership with these companies is a critical step toward ensuring a world without rhinos, elephants, and thousands of other creatures does not become a reality.”

Split Tunneling: What is it and Why Should You Care