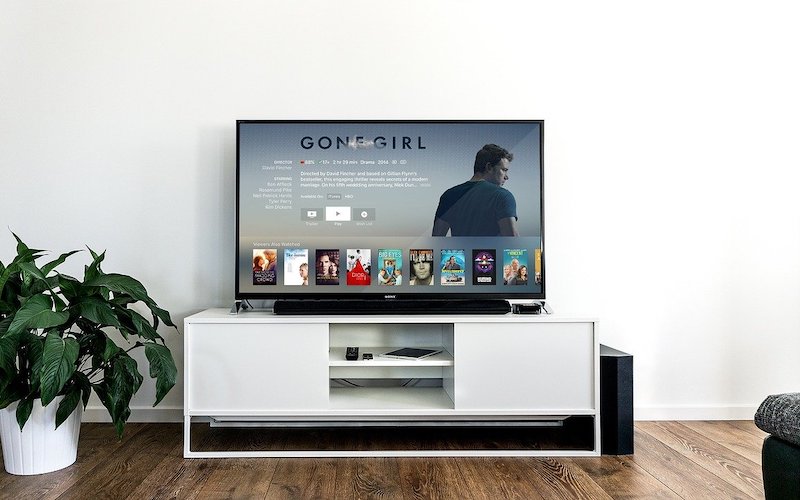 InnoTech Picks: What We’re Doing This Week in Quarantine

Just because you have to stay inside right now, doesn’t mean you have to be bored out of your mind. Luckily, we at Innovation & Tech Today know what great content looks like, so we’re going to take this opportunity to share with you what we’ve been watching, reading, and playing during this time of social distancing. We hope to provide you with some high-quality entertainment over the next few weeks!

Following a dystopian tale of a humanoid cyborg who strives to battle the corrupt elite oppression of the impoverished lower class, Alita: Battle Angel is a great film for your sci-fi lovers out there with a strong female lead who kicks ass and a nice blend of CGI with real actors.

Based on a one-woman show by Phoebe Waller-Bridge, Fleabag is a unique British comedy that has received much critical acclaim for its writing and acting. A quick watch (only two, six-episode seasons), Fleabag’s quick pace enhances the storytelling, not wasting a single moment. Waller-Bridge’s writing and performance of the lead is endearing, poignant, and absolutely unique.

Sometimes it’s good to binge an old favorite. On the other hand, if you have never watched Parks & Rec, right now is a perfect time to start it. An absolute blast all the way through, there is a reason Parks & Rec is right up there with The Office.

Here at Innovation & Tech Today, we’re not all about science all the time, sometimes we like history, too. If you’re the same, then check out The Last Czars, a six-part docudrama following the Romanov family, the last royal family of Russia. Part documentary, part drama, The Last Czars follows the Romanovs during the Russian revolution in the early 1900s.

Book of Longing by Leonard Cohen

Suggested by Associate Editor Patricia Miller, Book of Longing is a beautiful book of poetry written by Cohen largely during his time as a monk at the Mt. Baldy Zen Center. Mostly poems and hand-drawn illustrations, the book is also interwoven with published songs and lyrics and acts as an intimate portrayal of a deeply spiritual time for the artist and musician.

Get Book of Longing on Amazon here!

Under the Banner of Heaven by Jon Krakauer

Famous for authoring Into the Wild and Into Thin Air, Krakauer dives into a new subject in Under the Banner of Heaven, exploring not physical extremes, but rather religious extremes. Krakauer looks at the history of Mormonism and Mormon Fundamentalism in an effort to analyze and understand religious fanatacism, especially as it culminates in the 1984 murder of a mother and daughter by two men who claimed that God told them to do it.

Purchase Under the Banner of Heaven on Amazon here!

Dawn of the Jedi: Into the Void by Tim Lebbon

If you’re looking to dive further into the Star Wars universe beyond the movies, then check out Dawn of the Jedi: Into the Void. On the planet Tython, the ancient Je’daii order was founded. At the feet of its wise Masters, Lanoree Brock learned the mysteries of the Force. As the Force flowed within Lanoree, it remained absent in her brother, who grew to despise the Je’daii.

Buy Dawn of the Jedi: Into the Void on Amazon here!

The 5am Club by Robin Sharma

It may not seem like it, but now is a perfect time to work on self-discipline, break bad habits, and develop good, new ones. Robin Sharma introduced The 5am Club concept over 20 years ago, based on a revolutionary morning routine that has helped his clients maximize their productivity, activate their best health, and bulletproof their serenity. If you’re not a morning person, this book might just turn that around.

Buy The 5am Club right here!

It may be a few years old, but GTA 5 is still super fun. With a near-endless open world and new content all the time, there’s plenty to do. Plus, with opportunities to get free GTA$ and new races in the game, you might even feel like you’re playing a new game.

If you enjoy a good story-based video game, then Life is Strange 2 is a great new option. (Don’t worry, you don’t actually need to play the first Life is Strange as they follow fairly different storylines.) Following the Diaz brothers on the run, you’ll make character decisions throughout the game that affect your relationships and the story as a whole. The story is engaging and its decision-based style allows for plenty of replayability.

It’s never a bad time to revisit an old favorite. There’s a definite reason Call of Duty: Modern Warfare is so near and dear to many of us, and now is a perfect time to go back to it. The option to play with others online allows for near endless entertainment, which might be needed in a time like this.