In the most important emoji news since the addition of the taco ? and upside down smiley face ? a few months ago, the Unicode Emoji Subcommittee has just added 11 new emojis that show career women.

This probably shouldn’t be breaking news; women have been working forever, and have been in professional careers for decades. Yet, seeing as women have previously only been shown in emojis as brides or princesses, the shift towards inclusivity is monumental. Below is a round-up of our favorite new emojis, in no particular order, based on their style, accuracy, and general girl power factor. 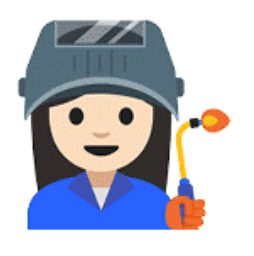 What can be tougher than a woman in a welder’s mask and holding live torch? Her blue overcoat is a strong testament to the fact that she cares more about getting the job done than her appearance. This emoji is especially satisfying when compared to the previous options for female emojis. The wildly popular “sassy girl emoji” holds a hand out to the viewer’s right in much the same way as the welder’s blowtorch sets flame to the patriarchy.

2. The Woman with a Wrench 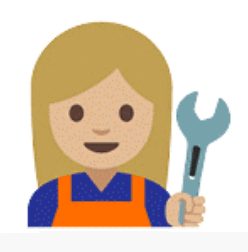 The Wrench Lady mirrors her welding colleague in the prominence of her tools instead of her manicured fingernails. She looks ready to accomplish any construction job instead of being whistled at by construction workers. She’s prepared to fix her own sink, thank you very much, and sports a practical apron to cover her undoubtedly fashionable blue ensemble. 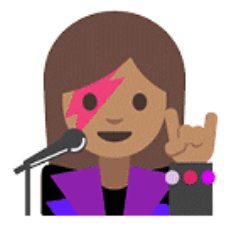 This rock star emoji slays without having to say a word. It’s great to see a woman in the music industry, but, more so, a woman who doesn’t have to be a beautiful bubblegum blonde. This emoji gal isn’t afraid to have an edgier style with a dark jacket and bright bangle. The face paint really seals the deal. Rock on, emoji woman.

Seeing as women already comprise the majority of college graduates with associate’s degrees, bachelor’s degrees, and master’s degrees, it’s about time to have a woman in a cap and gown in our emoji queue. Aspiring to something besides a seat in a beauty parlor chair or a throne is a more realistic and altogether healthier approach for all women. Maybe soon there will be one in doctoral regalia? 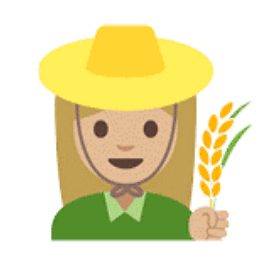 The farmer emoji is certainly the silliest of the new emojis. I mean, look at her hat—clearly not proportional to her head and lush locks. The hat does, however, feature a practical chin strap that means it will stay on her head rather than be a windblown fashion statement. Despite the headwear, it’s great to see a gal working the land both because it’s accurate and because it’s empowering for any girl who can make a mud pie as good as her brother’s.

6. The Most Likely a Businesswoman

This emoji’s no-nonsense suit gives her the air of credibility and tenacity that just isn’t there in the bride emoji. We can only assume she’s about to close in on a big deal while still retaining the grace and slick hairstyle of the female emoji. Her wardrobe could even include a tie if you squint and tilt your head correctly – which clearly she means she’s as steely and fierce as Dagny Taggart was in Atlas Shrugged. 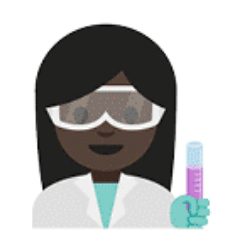 It’s wonderful to see a woman with lab goggles instead of sunglasses, and with a test tube instead a handbag. She is a hardcore scientist conducting her own experiments that could do anything from cure cancer to develop a new waste-free fuel. Maybe she collaborates with her colleague The Coder emoji, too. The liquid in the test tube looks pretty pink, but we can let this one slide in favor of seeing a woman in a STEM career.

In addition to the brand-new emojis, Unicode is reimagining existing emoji – which have resembled men by default – as having male and female versions. For example, men now also get haircuts and give sassy hand signals, and women paddle canoes and lift weights, too.

Furthermore, all of the emojis have different skin color options to have even better representation and inclusivity. Now it’s up to the phone companies to update their own codes to include the new, more accurate emoji offering.  If you doubt how much the emojis might mean girls, watch this campaign ad launched by Always in March: