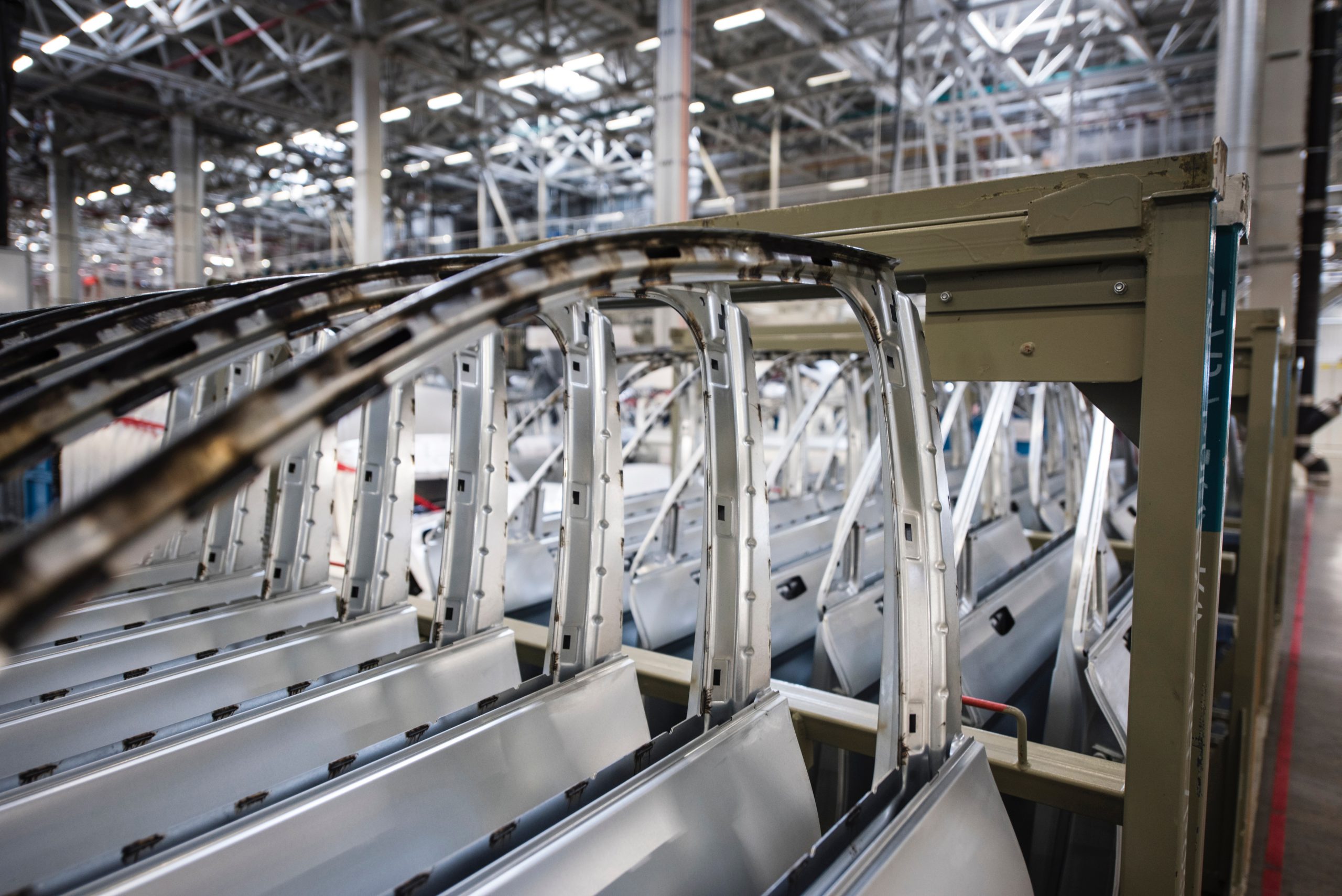 Getting The Weight Off; Clemson University Partners With Honda On Government Request

While climate change and sustainable transportation concerns persuade manufacturers to rethink the automotive market, the U.S. Department of Energy (DOE) has asked academia, national laboratories, and industry to innovate new lightweight technologies for improving the fuel efficiency of vehicles and decrease their CO2 emissions.

Alongside Honda R&D Americas, a team of Clemson University researchers have found a way to make vehicles lighter by redesigning the traditional car door as an ultra-lightweight composite. Made from a carbon fiber reinforced thermoplastic, the new design will allow automakers to reduce the 17 structural parts included in a traditional steel door to just eight.

After the DOE’s request, Clemson University was selected as the only academic institution to take part in the research.

Srikanth Pilla, Jenkins Endowed Professor and Founding Director of Clemson Composites Center, said the “DOE selected doors because they are part of the closure system (doors, hood, and trunk lids) which are often produced as standalone subsystems and are attached late in the manufacturing process.”

The production approach allows increased flexibility in building closures compared to body and chassis structures, while also offering compact platforms for demonstrating new technologies, he said. “This increased adoption will also be driven by increased fuel economy targets mandated by regulation for internal combustion engine vehicles, and in the case of electric cars, lighter body structures will translate to better range for the batteries.” 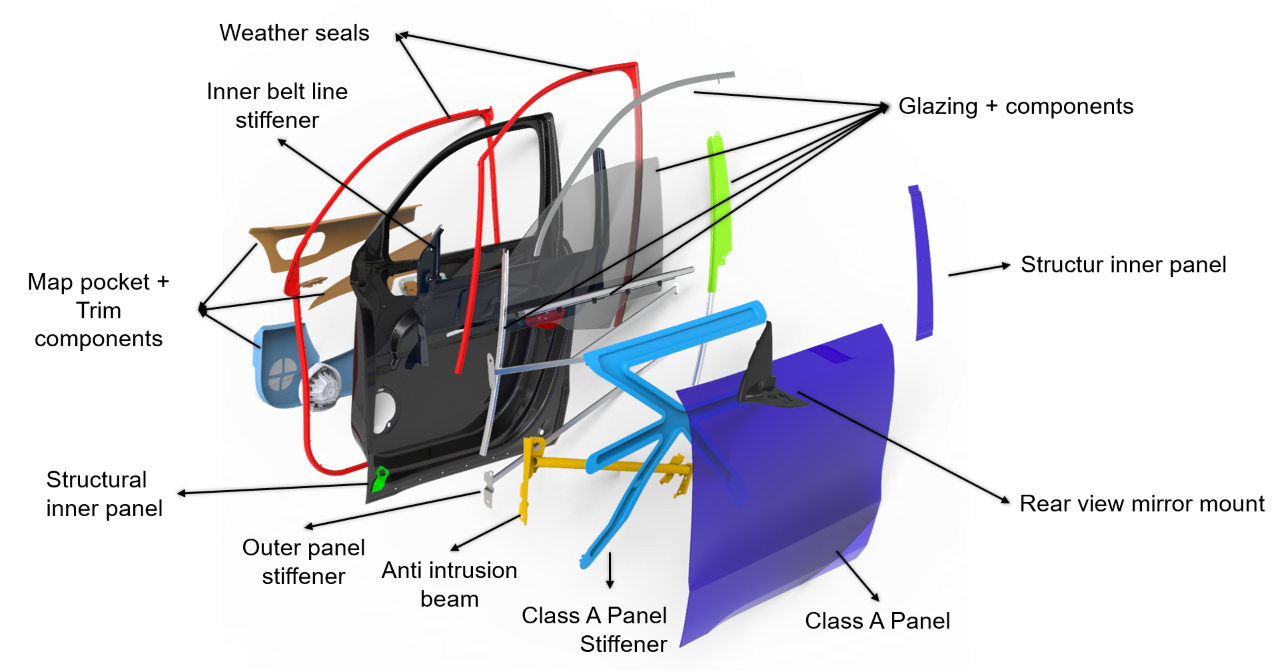 Clemson and Honda R&D Americas used a variety of innovative tools and materials to build the new doors including an integrated design and manufacturing optimization tool, thermoplastic composites, parts consolidation, 3D Printing, and the strategic use of metallic parts. To lighten the load even further, researchers eliminated the decorative interior trim by integrating it into the structural inner panel, saving the team about 2.15 kg.

While the typical SUV weighs around 4300 lbs., using four of the lightweight doors could reduce the overall weight by nearly 100 pounds.

What is the future of innovative plastics and composites in cars? 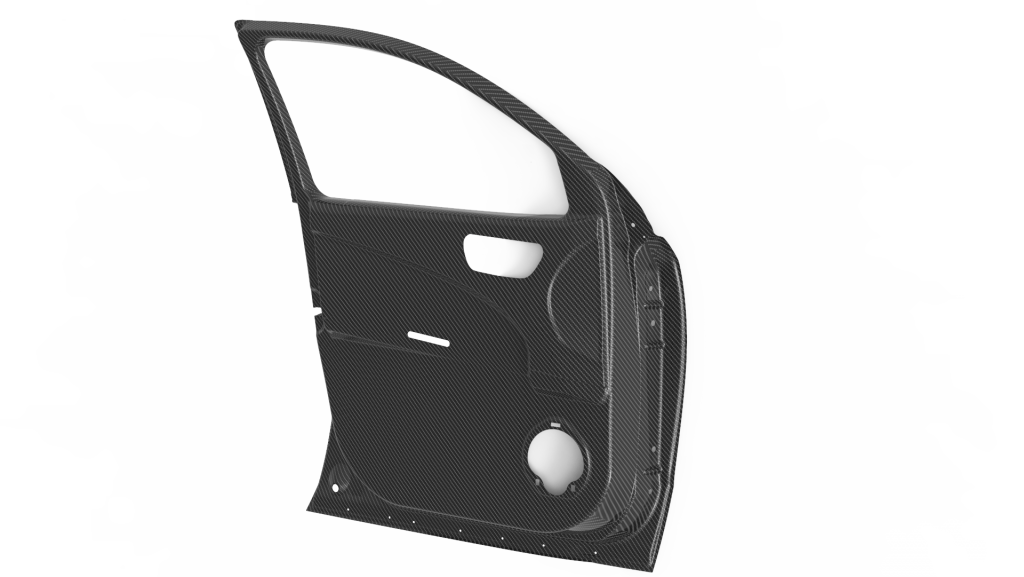 According to Pilla, a decrease in the price of carbon fiber will lead to increased adoption of composites in structural applications as they are more rigid than steel while having a far lower density.

With the advent of autonomous driving, plastics typically used in automotive interiors are experiencing an overhaul due to redefined standards, he continued. “COVID-19 has spiked an interest in using anti-microbial plastics and coatings to address cleanability and surface integration of electronics.”

Pilla said “they will will be very different in how they look and how they run.”

The biggest question remains elusive – “whether or not someone will be driving it”, he continued. “With connectivity and smart cities coming online and autonomous technologies in place, vehicle crashes may become a rarity. We will need advanced, engineered plastics and composites that are lightweight and provide additional functionality including smart characteristics for touch, feel, and sensing.”

How important is sustainability to the industry?

The United States produced more than 5,000 million metric tons of carbon dioxide in 2019, with transportation alone accounting for nearly 35% of the figure. In fact, one in three tons of CO2 was emitted from transportation.

“There is an absolute need to bring down these emissions by reducing fossil fuel consumption,” Pilla highlighted. “Higher fuel consumption also leads to greater particulate emissions that are bad for the environment as well. What’s more, crude oil also has negative environmental impacts during its extraction and processing stages, especially for sea water where it’s typically obtained, leading to long-lasting damages.”

Pilla confirmed the automotive industry was aware of these connections.

“It is why industry has prized innovative work on incorporating sustainability across every end of the manufacturing and supply chain process, be it energy-efficient practices in production of car components and the final assembly itself, or making the car ecofriendlier during its operation and after the end of its life,” Pilla followed. In addition to light-weighting vehicles for a reduction in fuel consumption and related carbon emissions, “our project precisely aims at this objective by replacing heavier metals with lighter composites that achieve the same structural performance.”