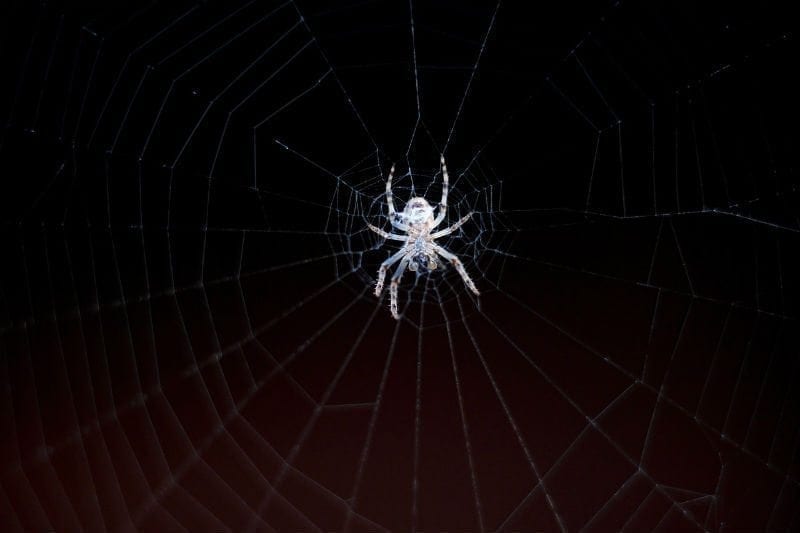 Next time you see a spider in your home, you might want to think twice before flushing it down the toilet. That’s because spiders do the important work of gobbling up insects—and to a degree that has previously gone unrecognized. It turns out spiders eat between 400 and 800 million tons of pesky invertebrates each year. For comparison, humans only eat an estimated total of 400 million tons of meat each year, with whales consuming 280 to 500 million tons and seabirds devouring about 70 million tons. So we have a lot of thanking to do to our fellow spider friends.

This new figure comes from a study by Dr. Martin Nyffeler of the University of Basel in Switzerland and Klaus Birkhofer of Lund University in Sweden. The pair used data from 65 previous studies to estimate how many spiders live in Earth’s seven biomes. The scientists then combined data about how much food spiders need to survive with field observations to arrive at their estimate.

Sorry, arachnophobes; it looks like spiders deserve a “thank you” instead of a watery grave. Next time you see a spider, give it a high five instead of a boot!