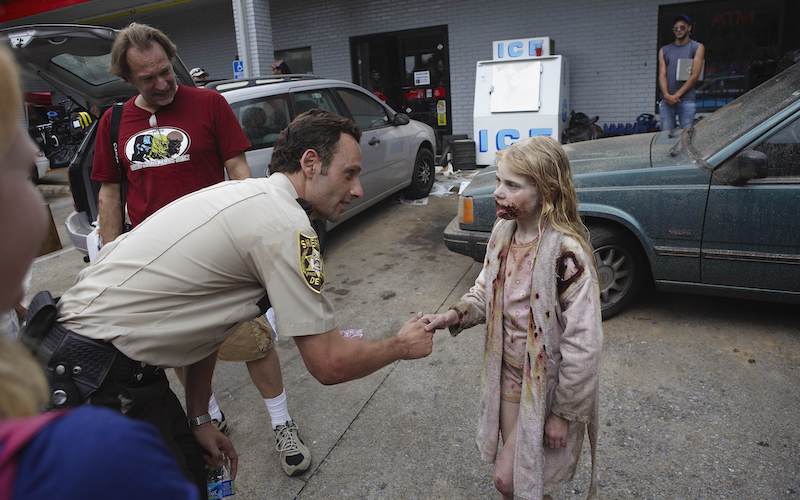 Ten years after passing a tax credit to lure the motion picture industry, Georgia has become the world’s second most popular location for shooting.

Georgia’s relationship to the motion picture industry is not new. From Gone with the Wind’s sweeping presentation in 1939 to Forrest Gump, Glory, Fried Green Tomatoes, Driving Miss Daisy, and Sweet Home Alabama in later decades, blockbusters have been filmed in the state for years.

Now it looks like an extended warm-up act. Georgia is operating on a higher, faster gear today. The state’s bustling film and television industry has resulted in the second busiest shooting location in the world. Nearly 92,000 people work directly and indirectly on film, television, and commercial productions in the state, paying out $4.6 billion in salaries, according to the Motion Picture Association of America. Furthermore, in 2018, the economic impact from the 455 movie, TV, and commercial projects filmed in the Peach State reached $9.5 billion – nearly double the $5-billion impact just five years ago.

“The film industry creates jobs across almost every profession; in addition to camera, lighting, and audio, film companies hire Georgians with skills in a myriad of support services including construction, catering, transportation, accounting and payroll, and post-production,” Georgia Department of Economic Development Commissioner Pat Wilson said in a release.

How did Georgia move into this position? How did the state’s filmmaking footprint grow so much in the last ten years?

Unpack the box, and two reasons jump out: a tax credit passed by the state legislature in 2008 and the tireless work of Lee Thomas, a former film student, location scout for the Georgia Film, Music & Digital Entertainment Office, a division of the Georgia Department of Economic Development. Thomas, who has worked for the state since 1996, used her passion and knowledge of cinema and television entertainment to draw production companies into the state. Not only have they come back for more, but many have built soundstages for a more permanent presence.

“The film industry really took off here after 2008, when we passed a tax credit for production companies and crews,” Thomas said. “This is an open-ended tax credit – no sunset, which helps us assure long-term growth – and it’s also a credit, not cash. Credit is always a better way to go.”

What a decade it’s been. Georgia has welcomed the production of The Walking Dead, Fast Five, The Hunger Games: Catching Fire, The Blind Side, Zombieland, The Vampire Diaries, and Marvel’s superhero franchises – Guardians of the Galaxy, Captain America, Ant-Man, Spider-Man: Homecoming, and Ant-Man and the Wasp among them. Not to mention Academy Award Best Picture nominee Black Panther, as well as First Man, which just won an Academy Award for visual effects.

The list reflects a couple of dynamics. First, Georgia’s exquisite location landscapes – mountains, swamps, coast, farmlands, and deep south community feeling – make it one of the most diverse places anywhere to shoot. Second, once producers scout out the state and locate a film there, they often come back for more.

“Most of our projects today are from producers who have shot here time and again, a testament to Georgia’s strength as a location,” Thomas said. “We don’t have to spend as much time driving them to locations, because so many producers are happily familiar. What has become the driver for us is to promote incentives rather than location. We talk to legislators and the public on the value of the industry, something we’re now focusing on, since Georgia has a new governor and quite a few new legislators. Right now, our biggest worry is how many shows are in production here at the same time.”

The growth of the industry’s presence is obvious. Pinewood (various Marvel franchises), EUE Screen Gems (Black Panther), Tyler Perry Studios (most of the Madea series), Eagle Rock, and Third Rail are among production companies that have built soundstages in the state. According to the Economic Development Dept., Georgia now houses 2.3 million square feet of purpose-built and retrofitted soundstage space – up from 40,000 square feet in 2009.

Prior to the build-out, Thomas and her peers scrambled whenever a production company wanted to shoot in Georgia but couldn’t find a soundstage. The lack of facilities cost them the first Hunger Games movie; Thomas was determined not to miss out on the second.

“We tried for a long time, but we just didn’t have the soundstage facilities in time for the first movie,” she said. “When trade show participation in general was down, we talked to the Georgia World Congress Center to move trade shows around, and that’s how we got Hunger Games: Catching Fire.”

Besides the multi-billion dollar economy boost, thousands of well-paying jobs, and sharply increased tourism and technological growth, many of Georgia’s communities also have enjoyed the notoriety. All 159 Georgia counties have a hand in the industry. “This started off as 12 counties when we launched our Camera Ready Program in 2010, but by 2014, all 159 counties were aboard,” Thomas explained. “We’ve since seen counties offer incentives on top of state incentives; the counties are competing for these shoots because of the economic boom it creates.”

For town growth fueled by a series, few examples can beat the relationship between The Walking Dead and its home base, Senoia, a rural town located 35 miles south of Atlanta. Prior to the hit series’ arrival, Senoia had six business storefronts. Now, it has 85, including The Waking Dead Café and Woodbury Store.

“The town has been completely revitalized by the attention it’s gotten from the show,” Thomas said. Then, with a chuckle, she added, “ It’s kind of ironic, in a way, because it seems that, in our work with the film industry, we’re becoming the kings of the undead pictures here as well – The Walking Dead, Zombieland, The Vampire Diaries…”

Georgia’s industry presence fulfills a personal dream for Thomas, who moved from Atlanta to enter the NYU’s Tisch School for Doctoral Arts program in film after graduating from the University of Georgia. Her journey, which brought her back to Atlanta in 1996, has inspired her to build a strong economic and job-generating backbone that keeps young aspiring filmmakers and crew in-state, rather than moving to L.A., New York, or Vancouver.

“So many jobs are attached to the film industry here, and we’re built to retain our young filmmakers who go through school, the Georgia Film Academy,” she said. “The Georgia Film Academy has a great program for young filmmakers. After six months there, you can become an intern with one of the films or shows in production. Imagine your internship is working on the Marvel franchise, or Ozark, The Hunger Games… From the internship, many go right into the workforce, making $84,000 or more right away. There’s a great economic incentive to stay home now.”