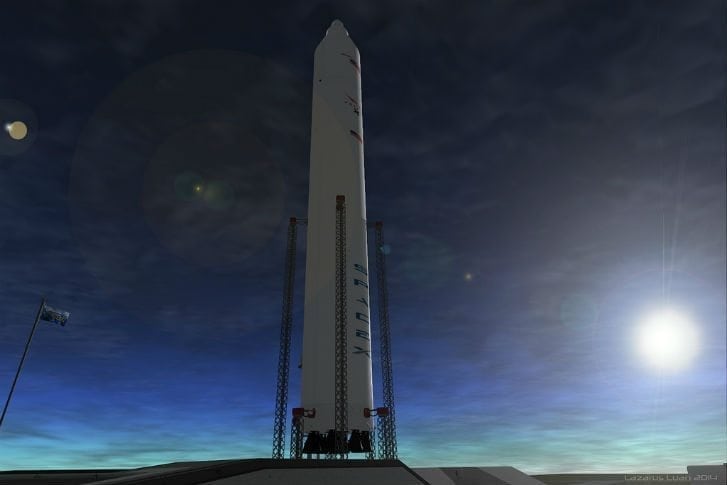 Nine years ago, SpaceX successfully launched their first rocket. Since then, the company, led by the ambitious Elon Musk, has proven time and time again how determined they are to advance both extraterrestrial and terrestrial travel. Once again, Musk has presented the world with another announcement that, if it came from anybody else, would be dismissed as lunacy. However, the tech mogul has proven that his company can deliver. That’s why the crowd at this year’s International Astronautical Congress (IAC) followed along with Musk as he announced his company’s plan for an Interplanetary Transport System (codename BFR for Big Falcon Rocket).

Musk’s announcement was rife with excitement, ambition, and even a healthy amount of skepticism. The goal is to make the BFR extremely versatile. If planetary travel wasn’t enough, the rockets would also be used to colonize the moon and travel between any two points on Earth in under an hour. The following video is the rendering of how the rocket would work in Earth to Earth travel, going from New York to Shanghai in just 39 minutes.

The multipurpose and reusable vehicle would dramatically reduce mission and manufacturing costs. The BFR will also be used to complete small contracts like taxi service to the International Space Station or ferrying satellites into orbit. Musk claimed that the spacecraft’s cargo bay could accommodate a telescope with a mirror 10 times the size of Hubble’s and is also capable of holding 100 people.

The current plan, “aspirational” as he described it, is to land two BFRs on Mars in 2022. These initial rockets would place power, mining, and life support systems on the Red Planet. Then, two years later in 2024, ships carrying the first crews will arrive. To meet these aggressive deadlines, SpaceX will have to start building the first spacecraft by the middle of next year. The company believes that it can make enough money from its current missions to fund the project. It will be interesting to see if Musk and SpaceX will be able to keep up with their ambitious project, but Musk seems very motivated. In his talk at IAC, he claimed, “it’s 2017, we should have a lunar base by now. What the hell’s going on?”