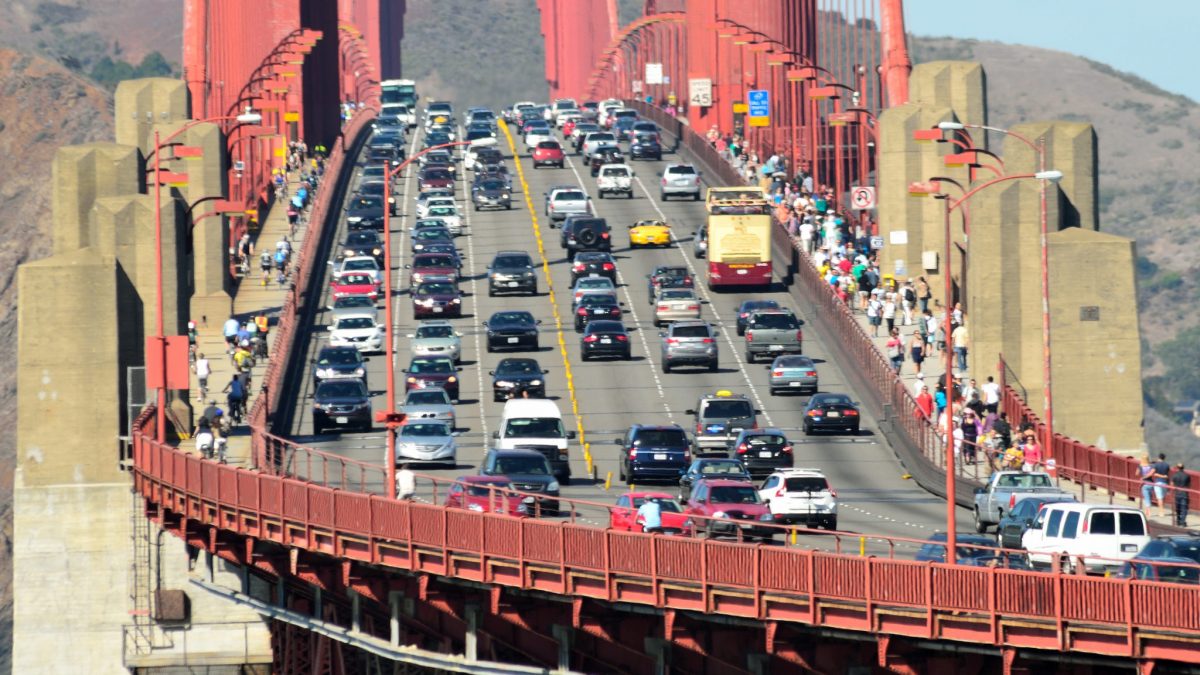 Driverless Cars are Ready to Disrupt Traffic. Are You?

Whenever someone opts for an Uber or Lyft instead of taking their own car to an urban destination, valuable real estate is left vacant: a parking space.

Parking, a tedious and infuriating task on its own, is also a known villain in city traffic congestion. Donald Shoup, a professor of urban planning at the University of California, Los Angeles, has estimated that up to 45 percent of traffic is comprised of people looking for parking spaces. People trying to get to work, school, or errands are circling around already-crowded side streets, fuming over the lack of economical options for their gas-guzzling sedans.

That’s where Ubers, Lyfts, and more traditional taxis become more convenient: they don’t need to park for an entire workday and can offer a personalized alternative to transportation that mass transit can’t provide. Still, there aren’t enough of these cabs to service entire cities, and many people instead maintain their own cars for their daily commutes.

A new player will soon enter the game, however, one that promises not only a parking-free presence, but also a driver-free one. We’re talking, of course, about driverless cars, and what they’ll do for parking is just the beginning. Driverless cars will undoubtedly shape our nation’s traffic situation in a way that is only just beginning to be articulated.

While envisioning the driverless car landscape, experts agree that driverless cars can solve the parking crisis in major cities if they’re implemented correctly. In the ideal scenario, cars will drop their passengers off at loading checkpoints where they will be available to summon when the user wants to make the trip back. In the time in between, the cars do not need to take up space on the side of the road; perhaps they can run other errands for the users, pulling up to the grocery store where either a person (or maybe a drone) deposits carrots and cereal into the waiting car.

If the cars are not sitting parking spaces, it means they are on the roads, and this is where driverless cars entering our current driving infrastructure pose a problem. Each person’s car being on the road for more hours throughout the day will result in more traffic, possibly making the nonstop nature of the driverless car its downfall. If every car owner has her or his vehicle on the road while she or he is at work, suddenly the promised efficiency of driverless cars will stall, stuck in the largest of gridlocks at any hour of the day. Every hour will become rush hour.

Driverless cars will also effect car usage patterns for folks before they arrive at the office. For example, if a daily commute becomes relaxing instead of a stressful, the two-hour drive becomes less of a big deal, and people could choose to live further from their jobs. Extended commutes will further feed into increased hours that cars are on the road and the widening sprawl.

Furthermore, more people in general people will be able to use cars than at current. You can’t forget to consider those who cannot afford a vehicle outright and those who are differently abled or aged and cannot operate a vehicle on their own. Based on focus groups in Atlanta, Denver, and Chicago, Gary Silberg, an auto industry expert at accounting firm KPMG, told the AP that his firm predicts driverless “mobility-on-demand” services will result in double-digit increases in travel by people over 65 and people aged 16 to 24. These groups are often without vehicles today – resulting in fewer cars on the road – but they won’t have to worry once a car can come retrieve them at the press of an app.

How can we stop this doomsday traffic scenario from arriving on our already-taxed streets?  It will take users willing to be open to two large scale changes: a diminished private ownership of vehicles, and sharing those third-party cars with strangers on the regular. Unless people are willing to use driverless cars as mass transit vehicles – perhaps the most efficient carpooling that will have ever existed – the increase in traffic will likely outweigh the gains made freed up parking spaces, including the smaller lanes and higher speeds driverless cars promise.

The city planners investigating driverless cars are modeling the future on today’s transportation on-demand services like Uber and Lyft. Instead of cars being parked in owners’ garages, they will be run by third parties, circling nearly constantly and serving different customers for rides or automated errands, presumably pausing only to make a pit stop at a charging.

Don MacKenzie, assistant professor for the Department of Civil & Environmental Engineering at the University of Washington, told Gizmodo that in order for driverless cars to take off, “a widely used, on-demand ride sourcing system with appropriately sized vehicles is key to realizing autonomy and freedom without everyone having a car in their garage.”  He said that “if everyone is doing this, then there’s no need to own your own vehicle—at least if you live in urban or suburban areas with adequate density, as most of the US population does.”

Much of the future for driverless cars has yet to be decided. Who will be the primary manufacturers?  Who will be held liable in case of an accident?  How will they operate alongside traditional cars during the rocky and lengthy transition period? These are important questions, and at least one more needs to be added to the table: who will take on the marketing campaign to encourage Americans to trade their own set of keys for catching Z’s, potentially alongside strangers, in a fleet of driverless cars?