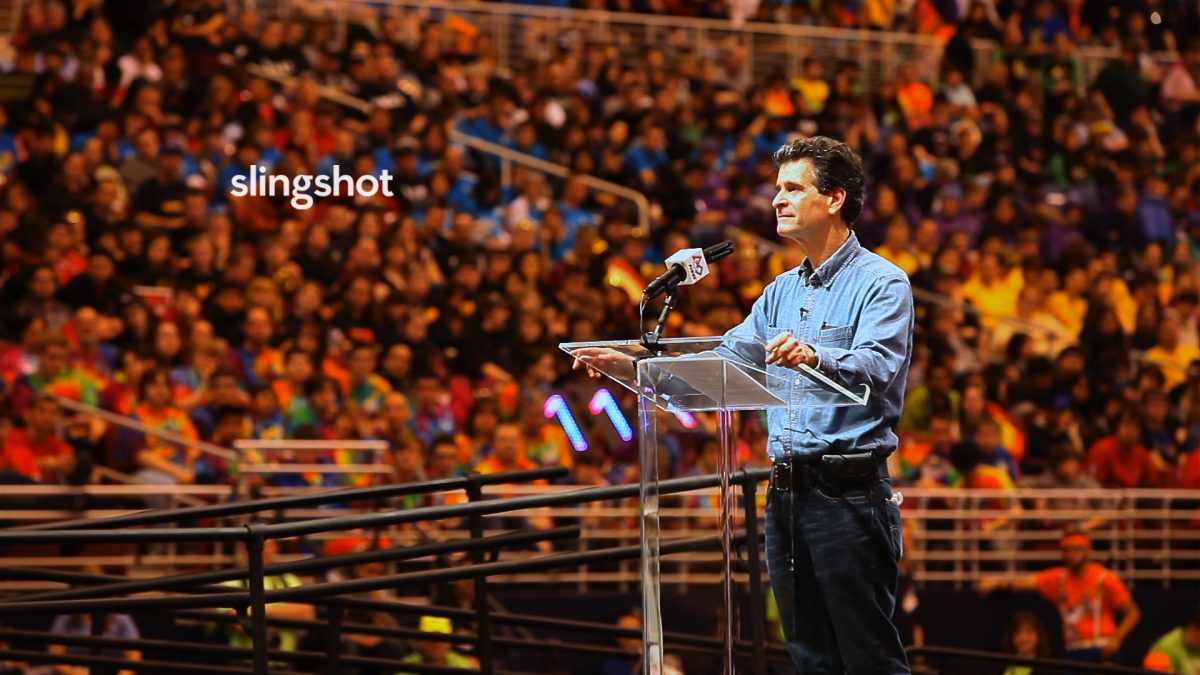 While Dean Kamen’s famous invention may be the Segway, he holds over 440 patents. Though he’s invented several medical devices “for the rich world”, according to him, Kamen is a humanitarian through and through. Maybe you’ve seen his TED Talk on his work in prosthetics for injured soldiers?

Two of Kamen’s current projects are the Slingshot and FIRST. Slingshot will revolutionize the politics of clean water, and FIRST engages tens of thousands of kids of all ages nationwide in STEM. No matter where in the US you are, there’s likely a FIRST event happening in your city this month. Despite his crazy schedule, he still found time to talk with Innovation & Tech Today.

I&T TODAY: Tell us about FIRST.

DEAN KAMEN: FIRST is a not-for-profit organization. Right now, I’m happy to tell you we have around 4,000 corporate sponsors, 180-odd major universities around the country, and more than 80,000 volunteers and mentors that come from the world of science engineering technology. Among other activities, we run a robotics competition that ends the season with double elimination, truly exciting, sports-type tournaments. It’s as exciting as any other high school sporting event you can imagine, except the content is kids building highly competitive robots to compete in challenges that change every year. This year, throughout March, we even have March Madness. There will be more than seventy major events in cities all over the United States, and the championship happens in the 76,000-seat domed stadium under the (Gateway) Arch in Saint Louis. If you go to USFIRST.org, you can see some great videos. Or Google FIRST and Morgan Freeman. He did a great three-minute video about the event. You gotta trust him. He’s the voice of God!

I&T TODAY: Why do you think it’s so important for kids to be excited for both FIRST in the USA Science and Engineering Festival?

DK: That’s easy. I think the future of this country is virtually dependent on creating the most competitive set of innovators we’ve ever created. This country has helped raise the bar in terms of the standard of living and quality of life for the last couple hundred years, primarily because this country was always the place creating the innovations. Whether it was the airplane or the telephone, in every generation, the U.S. has led the world in innovation.

But now, for various reasons, and I’m not a sociologist, the rest of the world has finally figured out that quality of life and standard of living will be determined by how well your kids master science and technology. At the same time the rest the world has gotten more competitive. The U.S. sat back on its laurels. Kids think that they’re just entitled to all that stuff and we are spending our time on distractions, frankly.

I&T TODAY: You’re absolutely right: there is something going on with entitlement. Other people we’ve chatted with about this bring up the ‘coolness factor’. Math and science isn’t cool, and social pressures pull kids, especially possibly women and minorities, away from pursuing STEM related interests. What you think about that?

DK: I think that’s exactly right. When you look at the data, you see that women don’t do math and science, and minorities don’t do math and science. You could come to the conclusion, ‘Oh, I guess it’s really true! Men and women are really different in terms of their mental make up. And I guess women simply aren’t good at math and science, or I guess that minorities simply aren’t good at math or science!’ You could draw that conclusion. But that would be like drawing the conclusion that rum and Coke makes you drunk, and whiskey and Coke makes you drunk. The commonality is Coke, so it must be the Coke that’s getting you drunk. It’s just idiotic.

What we should say is that social pressure on women and minorities can cause distraction from putting in effort into math and science. It’s so profound that we now see that as they get through school, women and minorities are so severely underrepresented in those careers because they haven’t developed the skill set. We have to change where they put their time, energy, and effort. With these kids, and as you pointed out, one of the big factors in why they don’t put the time and attention there is the social pressure and other stereotypes. That’s why, instead of having our halftime show being some boring lecture on some piece of esoteric science, we have halftime done by will.i.am and the Black Eyed Peas. Will is a huge proponent of FIRST, and he travels around the country and world convincing kids that they’ve got to get involved for their own self-interest. He thinks science and tech is way cooler than any other place to put your effort. We’ve worked really hard to attract support from the kinds of people that can credibly convince kids that science and tech is cool.

I&T TODAY: Do you have any advice for kids interested in STEM fields?

DK: My advice is: Don’t believe the simple stereotypes. Don’t believe that math is hard or that you can’t do it or that you need special talent. You need special talent and a lot of luck to know that you’re going to grow up to be a seven-foot tall basketball player, or to be born with certain other rare talents or skills to be an actor or actress. The great thing about math and science is that anybody willing to work hard can achieve and create career opportunities.

I would tell all the kids that are interested in STEM, ‘Great, stay with it! You have a great life ahead of you. I am not worried about you guys and you women.’ The first thing you find is it really is beautiful. Mathematics is elegant and symmetric and amazing and beautiful, if you look at it properly. Science is a fantastic way to understand the world around you, and by learning a little of each type of science, you open a career opportunities that will change your life.

When you’re young, you can have a good time and play games instead of studying. In America, you have the right to do that. But the consequence is you’ll be dumb for the rest of your life and that’s not a happy way to be.

The 10 Best Science Podcasts to Listen to Right Now