COVID-19, the Death of Post-World War II Economy, and the Rise of Tech

While traditional higher education will remain a valuable asset, we are witnessing the death of our post-World War II, post-industrial revolution economy where workers earned a steady paycheck for forty years with a corporate entity, and then retired comfortably at sixty-five with little to no hiccups.

Major events like 9/11, the 2008 Great Recession and this COVID-19 pandemic have eroded confidence in that long-held economic model. The illusion of job security and of the “safe choice” has been stripped away.

The birth of a new kind of economy was already emerging, spurred on by millennials, and has sped up exponentially from this pandemic. The way we do business and make money will never be the same.

Disruptive Tech and the Gig Economy 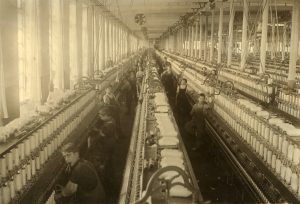 With technology from video conferencing apps, document scanning apps and business phone line apps to cost-effective digital promotional channels and the explosion of gig economy freelancers; self-employment has become a more level playing field than ever before in our modern history.

Add to that, according to Small Business Trends, “69 percent of U.S. entrepreneurs start their businesses at home,” and the costs associated with starting a business is very accessible.

A New Era for the Marginalized Entrepreneur

A new 21st century economy has taken shape allowing people who were previously referred to as economic underdogs to emerge at the other end of the COVID-19 era.

Previously marginalized populations like those who have a shrewd business sense but lack formal higher education, as well as more minorities and women, will be jumping into entrepreneurial waters in large numbers; in fact, they already are. 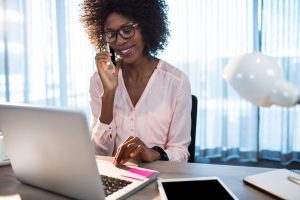 Though you may need an MBA to get your foot in the door earning a six-figure salary within a large corporation, a whopping 33 percent of entrepreneurs are scrappy self-learners who only possess a high school diploma or GED. Plainly put, what we are now witnessing is a seismic shift in who gets entry into the club.

A September 2019 FastCompany.com article crowned minority women as the reigning queens of self-employment.

Their article titled,Women of Color Are Starting Businesses Faster Than Anyone Else, states that “women of color account for 89 percent of the new businesses opened every day over the past year,” and adding that, “this number has grown faster than the overall rate of new women-owned businesses in the past five years, at 21 percent versus 43 percent.”

An Inc.com article seconds the sentiment, stating, “minority women now control nearly half of all women-run businesses.” The article goes on to state that minority women are starting up businesses at a much faster rate than their white counterparts.

I feel strongly that this number will continue to increase in the days, months and years to come, because we are transmuting into a society of independent contractors.

Employers are also realizing through the unfortunate mass COVID-19 layoffs that they need fewer full-time employees to be productive. Independent contractors, freelance and gig economy workers offer something invaluable to employers.

They keep labor costs down by eliminating the expenses associated with each full-time employee: workers compensation, medical insurance, retirement plans, payroll taxes and vacation time eat into the bottom line and businesses may not want to bear that burden any longer.

Without those expenses, budgets are freed up to pay more independent contractors to perform a variety of projects.

As a result, companies will also downsize their office space, because they won’t need large central offices to house their employees any longer. When the dust settles, many companies will see significant increases in their profitability.

Don’t count out women of all races. We are likely going to see an avalanche of all women starting businesses within the next year, to supplement household incomes or to capitalize on an idea that they have been nursing for years.

As husbands and significant others lose their traditional nine-to-five jobs, more women across the board will be stepping up with home-based businesses that will allow them to care for their families at home while earning income.

Another reason for the emergence of self-employed women will be the result of support personnel and administrative  work being farmed out to independent contractors, turning them into small business owners.

A lot of people are going to turn to MLM (multi-level marketing) companies, which has been a proven trend during times of economic hardship to make ends meet. As we know, not all MLMs are built the same.

When you’re asked to purchase product inventory, that is a significant risk that more times than not, doesn’t pay off.

Then there are some MLMs that are service based where you don’t buy anything or pay fees to join.

You are simply tasked with promoting and selling a service-related product and receive checks from the company based on your performance.

One such company, SYS Smart Home Technology provides smart home equipment directly to customers upon sales and installation, at no expense to their independent salesforce.

Though it seems counterintuitive to have new business on the brain during the biggest pandemic our world has seen in more than one hundred years, if history is any indicator, entrepreneurship and innovation have always been hallmarks of tough economic times.

With tens of millions of Americans out of work and collecting (or trying to collect) unemployment benefits, there is an overriding sentiment about that steady paycheck not being so steady after all, and self-employment possibly being the better bet.

We are also seeing a new kind of bartering system where freelancers and independent contractors offering a wide variety of creative services are hiring each other to fill in gaps within their suite of client services.

For example, if I do digital content marketing, but I am in need of an SEO specialist to service my clients, I can reach out to an independent SEO specialist and hire him/her on a per project basis to augment the services I offer to my clients.

They, in turn, can hire me to supplement the services they offer to their clients.

Another shift is the emergence of artificial intelligence and robots handling work ranging from tech-related tasks to legal research, and even medical procedures. 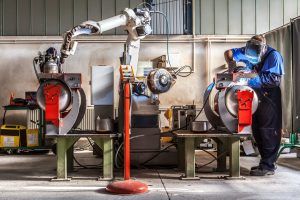 This could eventually mean less need for candidates with post-graduate and doctoral degrees, and more trade-related workers to service A.I. and robotics.

There will be just as much work for laborers and trade workers; the industry concentrations will just shift to accommodate technology-based trades.

This trend also gives companies the ability to gain financing. Banks will be eager to finance A.I. and robotics innovation.

Post COVID, it will be a lot easier for a bank to give you money to invest in a robot than it will be for that same bank to justify giving you money to hire four or five more people.

That robot can also depreciate over a period of five or so years, and you get to write that off on your taxes, much the way you do with traditional office equipment that depreciates.

One of the most exciting trends we are going to witness is the erosion of stigma related to working from home. Right now, nearly all high-end professionals are working from home in quarantine, and many people will continue to work from home when all of this is over.

Whereas it was previously unusual for large companies to hire a smaller company and solo practitioner working out of a garage or a home office, now it will be the norm.

That is great news for the new economy and how we will shift to independent contractors and freelancers. It will be the new way of doing business and interacting.

Gig, freelance, and independent contracted workers will need to adjust their radar and zero in on how they can best support companies who will now be working with a fraction of the in-house staff they once employed, pre-coronavirus.

With so many cost-effective outsourced options in the United States, companies may be less inclined to outsource their work overseas as they turn their attention towards millennial and gen-z freelancers who charge lower rates to each company, instead making their total income through taking on multiple clients and varied projects.

One downside to transitioning from nine-to-five employment to self-employed independence is the arduous and anxiety-provoking tasking of obtaining affordable comprehensive health insurance, but it doesn’t have to be.

It takes a little digging and asking the right questions of your accountant and your state’s health insurance marketplace, but there are options for first time business owners in need of affordable health insurance coverage.

If you happen to live in a blue state, you are in luck with all of the tax credits offered to subsidize your healthcare needs as you gain your financial sea legs in the world of independent self-employment. 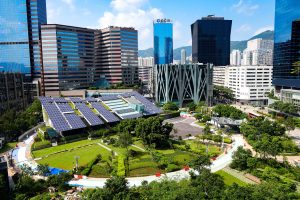 Changing times give birth to new industries and new economic models that are more sustainable to the climate we inhabit.

The horse and buggy gave way to the automobile industry, and yes, horse drawn carriage drivers and horse attendants lost their jobs, as automobile assembly workers and engineers gained jobs. It is the nature of economic evolution.

Coronavirus has reset our economy and the way we do business. Many Americans have been experiencing the five stages of grief since the emergence of this pandemic; from initial denial, anger, and depression, to bargaining to hold on to what was and eventual acceptance.

Adjustments will be made, pain and discomfort will be felt, and we will eventually emerge with a more progressive and sustainable economy.

Author Bio: Solomon RC Ali scales profitable companies across healthcare, technology, and energy sectors through the acquisition of funding and management consulting. Mr. Ali and his team have collectively managed and successfully closed more than 140 mergers and acquisitions and arranged more than $250 million in structured investment capital and financing. In addition, Mr. Ali is CEO of NDR Energy Group, one of the largest minority-owned energy companies in the United States, and CEO of Revolutionary Concepts, which owns multiple technology patents, licensed by smart home companies including Ring (owned by Amazon) and SkyBell. Mr. Ali is currently host of the podcast, MBA: Minority Business Access. Visit SolomonRCAli.info.

COVID-19, the Death of Post-World War II Economy, and the Rise of Tech