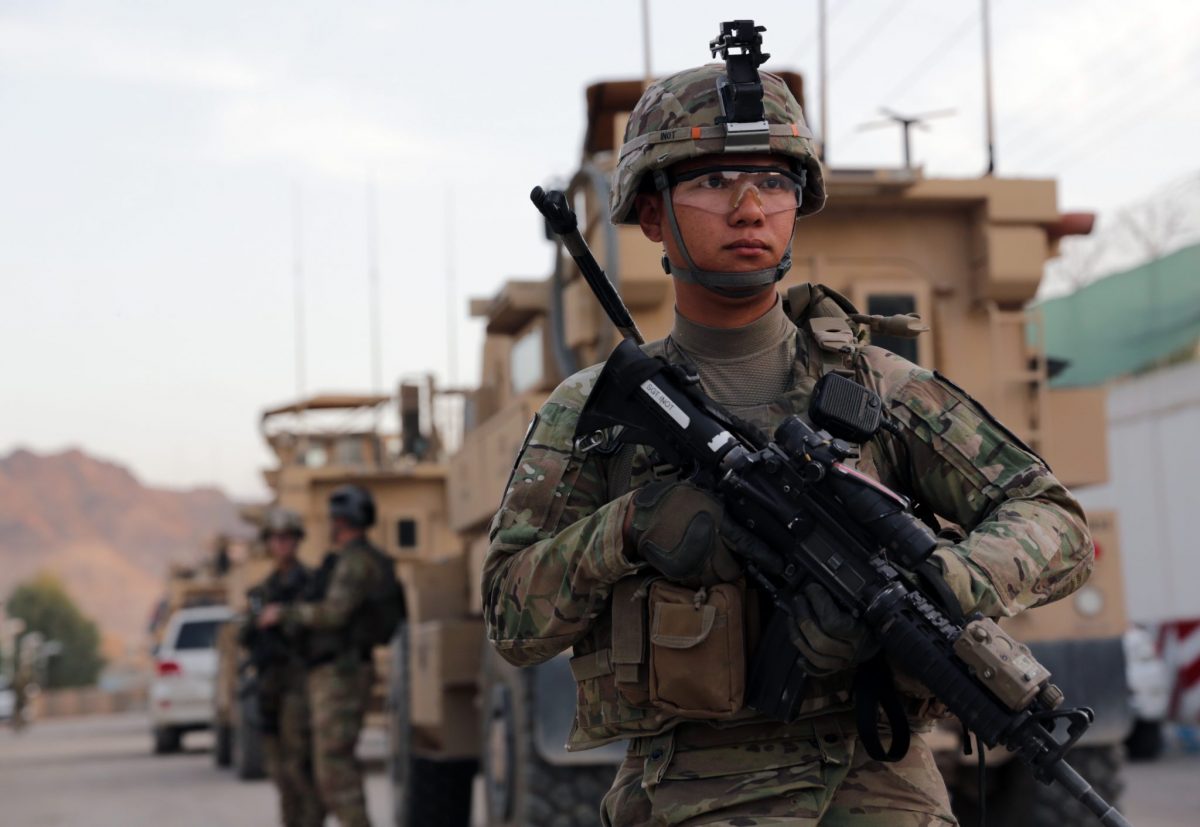 ISIS is using social media and the Internet to garner unprecedented numbers of Western-based supporters. The alarming trend has everyone from the White House to private non-profit groups across the country scrambling for ways to counter the terror group’s messaging.

Terror attacks in Nice, Orlando, San Diego, Paris, and Brussels are all recent examples that highlight the effectiveness with which ISIS is using the Internet as a platform to influence would-be extremists. In the book ISIS: The State of Terror, Jessica Stern and J.M. Berger write that “as part of its quest to terrorize the world, ISIS has mastered an arena no terrorist group had conquered before – the burgeoning world of social media.”

The FBI is actively investigating 900 suspected ISIS supporters throughout the United States, according to FBI Director James Comey. Traditionally, these individuals have been labeled “homegrown” terrorists, but, as we learn more about how ISIS does business, it could be more accurate to call them “virtually grown” terrorists. ISIS has operationalized social media – not only as a means to spread its extremist propaganda, but also to identify, engage, and ultimately sponsor the membership of would-be radical extremists in Western countries.

Whereas other terrorist organizations such as al Qaeda maintain stringent prerequisites for membership, ISIS takes a more relaxed approach that allows them to maximize their sphere of influence via the Internet. To become a member of al Qaeda, one must obtain a personal referral from a member of al Qaeda’s inner circle. ISIS, on the other hand, leverages its vast network of online recruiters to nurture relationships with potential radical extremists and then vouch for new members. As first reported by The New York Times last spring, to join al Qaeda, a prospective member must go through an actual recruiting and screening process. Meanwhile, joining ISIS merely requires the expression of the desire to join. Membership status is accorded automatically, with the entire exchange occurring through online communication.

Putting Tech to Work Against Terrorists

To combat this increasing and dangerous online threat, government and private sector leaders, such as Google Chairman Eric Schmidt, are calling on technology companies to create new tools for combatting ISIS’s online appeal and success. Hany Farid, a computer scientist at Dartmouth College, believes he has developed a software algorithm that can automatically identify and eliminate extremist content from Facebook, Twitter, and other social media platforms. There are obvious hurdles to the practical application of such technology, starting with the lack of consensus on what actually constitutes a terrorist image or message. If, however, these hurdles can be overcome, this capability could be just the type of “spell-checker for hate and harassment” technology that Schmidt envisioned.

Other research from the University of Miami suggests that immediate eradication of pro-ISIS content online is not the only approach for mouse-to-mouse combat. Led by physicist Neil Johnson, the Miami research team has been monitoring pro-ISIS activity on the Russian-based social media site VKontakte since 2014. With 350 million users, VKontakte is the most popular online social networking service in central Europe.  Johnson reports that ISIS supporters routinely come together in ad hoc virtual communities he calls “aggregates” until some external factor, such as online hackers, breaks them up.  Just as a shark scatters a school of fish, online hackers will temporarily scatter ISIS supporters by breaking up these aggregates, forcing them to coalesce in another community (a different Facebook page, for example).

According to Johnson, “If anti-ISIS trackers are on the lookout, a big online surge can therefore be an early warning that could be used along with additional intelligence to thwart a planned terrorist action.”  Johnson also believes this research all but eliminates the notion of a lone wolf ISIS supporter. “Perhaps most importantly in light of the massacre in Orlando, our research also suggests that any online ‘lone wolf’ actor will truly be alone only for short periods of time. Since we observed that people with serious interest in ISIS online tend to coalesce into these aggregate groups, any such lone wolf was likely either recently in an aggregate or will soon be in one.”

One final program allows counter-terrorism messaging strategists to practice disarming radical online messages: Nusura, Inc.’s SimulationDeck. SimulationDeck emulates today’s online media environment for emergency training and exercises. It replicates social media sites, online broadcast and newspaper venues, blog pages, and simulates other Internet sites. Instead of just talking about social media, teams can practice all of the skills and tactics they would need during a real-world event – all without the risk and exposure associated with using our real-world social media applications during a drill.

Digital Weapons in a Digital War

So what are the United States and other countries that are serious about countering the Islamic State’s command on social media to do? While in Orlando, the Associated Press reported that Attorney General Loretta Lynch acknowledged confronting extremist propaganda online is “a real challenge.” She continued, “A lot of people are looking at this, and I don’t know that anyone has found that magic bullet or that way to break that chain.”

In principle, some strategies will be more effective than others when it comes to successfully communicating with a population at-risk of becoming radical extremists. Messages should be delivered by credible insiders with an intimate understanding of both the language and culture of the target audience. Messages delivered by a trusted local community leader, for example, tend to be better received in that community than if the exact same message is delivered by someone the community views as an outsider.

But Attorney General Lynch is right. To effectively engage a threat unlike anything we’ve dealt with before, we will have to employ the results of new research initiatives, simulation apps, and old-fashioned connections made new through technology. Counter-terrorism messaging strategists can practice in simulation apps, but will likely have to be ready to take their new skills to the real world all too soon.