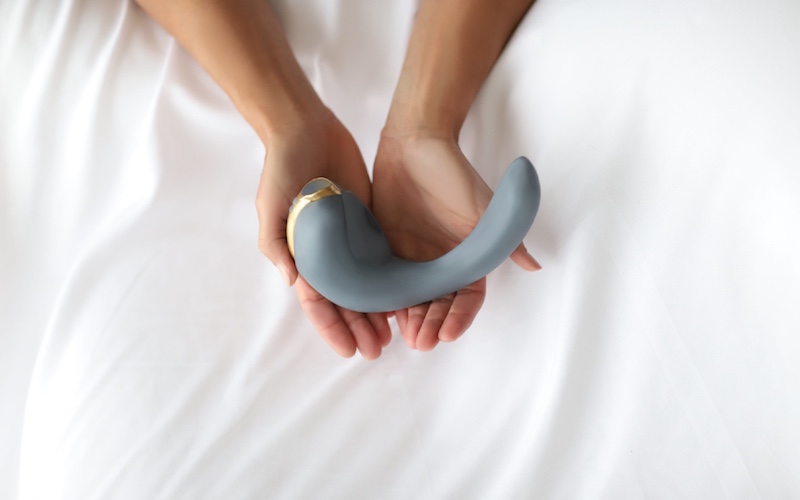 The Consumer Electronic Show (CES) is the place to debut the newest technology. Each January, CES takes over Las Vegas to set the pace of technology for the year. Already this year, LG has premiered their rollable TV and Hyundai has revealed their latest vehicle that can walk, drive, and climb. Nearly all industries, from automobile and health to gaming and smart home, have a major presence at CES, revealing their latest innovations. However, there is one industry that has had a recent, and relatively controversial, presence at the annual event: sex tech.

This year, there has been controversy surrounding the technology, as the Consumer Technology Association (CTA) revoked an Innovation Award from Lora DiCarlo, a sexual health company for women. Osé, the hands-free device that originally received the award, uses biomimicry and robotics to help women achieve orgasm by simultaneously stimulating the G-spot and clitoris. It is a major innovation in sex tech, using micro-robotics to mimic the sensation of a human mouth, tongue, and fingers.

In early October 2018, the CTA notified the company of the award. Only a few weeks later, on October 31, they were notified of their disqualification.

According to Tech Crunch, the CTA cited a clause that explained how entries deemed “in their sole discretion to be immoral, obscene, indecent, profane or not in keeping with the CTA’s image will be disqualified. CTA reserves the right in its sole discretion to disqualify any entry at any time which, in CTA’s opinion, endangers the safety or well being of any person, or fails to comply with these Official Rules. CTA decisions are final and binding.”

Lora DiCarlo was also prohibited from exhibiting “because they don’t fit a product category,” claimed CTA Senior Manager of Event Communications Sarah Brown in a statement to Tech Crunch.

Lora Haddock, founder and CEO of Lora DiCarlo, believes there is a clear contradiction. “There is an obvious double-standard when it comes to sexuality and sexual health,” she writes in a statement on the Lora DiCarlo website. “While there are sex and sexual health products at CES, it seems that CES/CTA administration applies the rules differently for companies and products based on the gender of their customers. Men’s sexuality is allowed to be explicit with a literal sex robot in the shape of an unrealistically proportioned woman and VR porn in point of pride along the aisle. Female sexuality, on the other hand, is heavily muted if not outright banned … This double standard makes it clear that women’s sexuality is not worthy of innovation. By excluding female-focused Sex Tech, CES and CTA are essentially saying that women’s sexuality and sexual health is not worthy of innovation.”

While CTA marked the device as immoral, Lori DiCarlo General Counsel Kenneth N. Bass, in a letter to the CTA in November, found differently. “There is certainly nothing immoral about a device aimed at women’s sexual health unless CTA is regressing more than 100 years to an era when women’s sexuality was taboo.”

CTA also claimed that the sex tech device did not fit any of their product categories. Still, Lora DiCarlo stands behind its submission into the robotics category. Osé, which was designed in partnership with Oregon State University (OSU), has applied for eight patents pertaining to micro-robotics, soft robotics, mechanical engineering, and advanced material science.

In support of the Lora DiCarlo, OSU College of Engineering Research Associate Professor of Mechanical Engineering John Parmigiani wrote, “The Osé device undoubtedly falls within the classification of robotic devices. A common definition of a robot is ‘a machine capable of carrying out a complex series of actions automatically, especially one programmable by a computer.'”

However, Lora DiCarlo has no plans to slow down, planning on releasing its product in Q3 of this year. As of now, the company has raised $1.1 million in funding.

To end her scathing letter, Haddock points out the sexist nature of the devices present at CES. “It seems the CTA is just fine with female-oriented products like breast pumps, Kegel exercisers, and even robotic vacuums – things that also benefit someone else – but something that squarely focuses on women’s sexuality is off the table.

“Included in the 2019 Robotics and Drones Honorees: 2 robotic vacuum cleaners, 1 robotic skateboard, 4 children’s toys, 1 shopping companion robot. Looks like all of women’s interests are covered, right? … So the question in the end is: Why is CES threatened by empowered women and the products that empower them?”