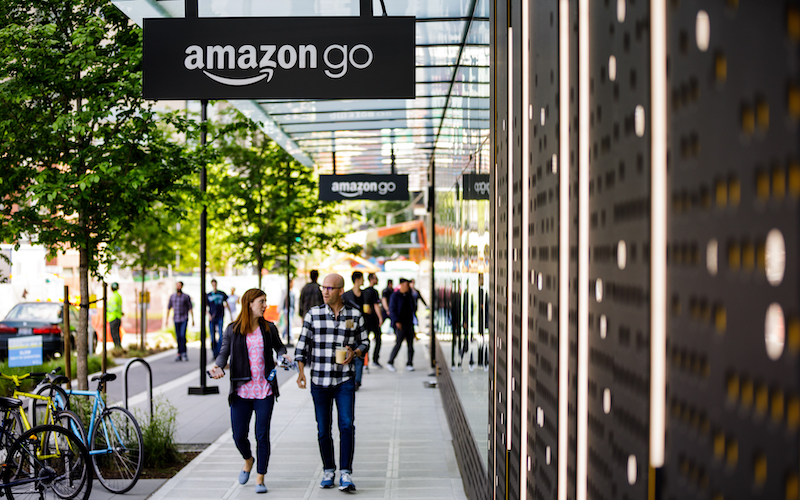 Cashless retail stores are often in the headlines these days. As the name would suggest, they allow people to go into a store and buy things without using cash. Typically, shoppers have their payment details stored in an app, and a card on file automatically gets charged for their items when they leave the store.

These high-tech shops are getting more popular, especially in cities. They allow people to buy what they need or want faster than if they waited in lines for cashiers to serve them.

It may be convenient for some shoppers to buy things without carrying around cash, but critics weigh in and say this trend poses ethical questions that must be taken seriously as the technology continues to roll out in more places.

The move toward a cashless society naturally makes people more dependent on credit and debit cards. However, that shift is not necessarily a wholly good one. Only four companies are associated with more than half of the credit cards issued in the U.S. Retailers collectively must pay billions in processing fees to the respective card brands each year if they accept their payment methods.

Some big retailers like Amazon and Walmart have the leverage to negotiate with card providers and get them to lower their processing fees. Smaller businesses, on the other hand, aren’t influential enough to do the same. If the cashless retail trend continues to accelerate, those enterprises could become trapped in a system that keeps the large banks and card companies prosperous but harms retailers who are further down the system’s chain.

An improvement could happen if card companies agree to lower their fees across the board, but that’s not likely to happen since enough retailers decide to tolerate the processing charges.

A Cashless Economy Puts Lower-Income Individuals at a Greater Disadvantage

People in low-income brackets are less likely than those who earn more to have bank accounts or credit cards. Many may feel that it’s not worthwhile to even try to get such financial resources — and if they do attempt to, their financial circumstances may deem them ineligible. Critics believe that the push toward a cashless society could broaden the inequalities faced by low-income individuals.

Some retailers refuse to serve people who have only cash, which means certain people can’t buy from certain stores. Such an obstacle could increase those individuals’ perception that they are “less than” compared to people who can buy things without cash.

The banking sector needs to address how to make their products and services more accessible to low-income families.

Some primarily cashless retail stores started accepting cash too, albeit mainly due to regulatory pushback in respective states. The ability to pay with cash when desired keeps those stores accessible to everyone who wants to use them.

Alternatively, cashless retailers should ensure that they accept prepaid debit cards. They could even sell the cards on-site as an additional convenience and income generator. These cards work like gift cards and can help bridge the divide for people who don’t have bank accounts.

Protests From Citizens, Action From Politicians

Because of the reasons mentioned, along with several others, many people are against cashless stores. The associated outcry has led to lawmakers banning cashless stores in places like New Jersey, San Francisco, and Philadelphia.

The protests extend internationally, too. Hundreds of concerned residents showed up to protest a cashless retail store in France. The location, operated by the Casino brand, opened for eight hours on a Sunday with no employees in sight. Critics are worried because they say people have enough chances to buy what they need without offering this new arrangement that doesn’t require human labor.

Experts who give their insights on the future of retail know that major companies still find it worthwhile to invest in both digital and physical stores. These cashless stores combine digital and physical elements to serve people more efficiently, but not everyone is on board with reducing or eliminating the human workforce. They worry about whether these innovative stores could negatively affect employment rates.

PropTech professionals, city planners, and similar individuals should be cautious with the approach of opening a store that accepts only cash. Taking such an action could be very expensive and cause the store’s representatives to eventually change their business model if cash-free stores become illegal in a city, state or country.

Despite the ethical issues with cashless stores, people should not overlook the benefits. Cashless transactions are faster to process because they don’t require manual counting. When workers are tired at the end of the day or dealing with more than one thing simultaneously, they may make mistakes while verifying the amount of money in the till. As a result, the store’s records can become inaccurate.

Plus, cashless retail outlets don’t make employees face the risks they might encounter when handling money. For example, if stores do not keep cash at all or handle cash transactions only occasionally, robbers may not target them.

Some stores, like 24-hour convenience shops, are favorites for thieves. They often plan the robberies to happen at times when the stores are not crowded and may have just one worker taking care of all the responsibilities. If a would-be robber sees a sign that says a store doesn’t accept cash, they’ll likely move on. Cashless stores have lots of sensors and cameras to discourage people from stealing things, too.

Cashless Options Give Convenience to Customers

Buying something from a cashless store eliminates the possibility of credit card mishaps. For example, a person might use a card to pay for something and not put it firmly into a wallet after the transaction. Then, if they lose their card, it can take weeks to replace. If payment details exist in a cashless store’s app, people pay seamlessly without keeping track of physical methods.

Opportunities also exist for people to get rewarded for choosing to pay without cash. Oleg Moskalensky is the owner and CTO of Productive Computer Systems (PCS). The company developed several apps that allow restaurants to run cashless businesses. One of them, called My10Dishes, enables people to order food from mobile apps by using a browser bookmark or QR code without downloading or installing anything. The app digitally stores their payment details.

There’s also something called Frequent Dividends, available as a standalone solution or My10Dishes integration. If people join Frequent Dividends — FreD for short — they earn credits for rewards. Moskalensky explains, “My10Dishes will automatically give them appropriate credits. [A]nd if they earn a reward, [the app] discount[s] the total by the reward amount.”

Moskalensky says this loyalty system supports the cashless retail trend. He clarifies, “[The app] becomes part of the cashless experience. All customers do is order via My10Dishes, and they automatically get discounts over time.”

The Chance to Pay Without Cash Could Make People Buy More

If a person comes into a store and has only $20 in their wallet, they’ll likely be especially careful with what they select so that the total doesn’t exceed what they can spend. Conversely, cashless stores could encourage people to buy things they otherwise wouldn’t. Customers can indulge in impulse purchases or choose to add $5 to their total to donate to a charity campaign, for example.

Cashless stores could make a city seem more tech-equipped. That characteristic of a location may attract tech investors at large and help the city’s economy.

A market forecast also indicated that the interactive kiosk sector should grow by five percent during the measured period. The company examined cashless retail when they were pinpointing the reasons behind the growth. Consider if cashless stores want to install kiosks for novelty items. Best Buy did so about a decade ago when it installed vending machines that dispensed electronic gadgets in airports.

More recently, a Philadelphia hotel made headlines by installing a vending machine that doles out mini wine bottles. Since alcohol is an age-restricted product, a human has to verify how old the person is first. Then, they give out a token for the consumer to put into the machine. The buyer gets a chilled wine bottle complete with a gold sipper to make it easier to drink.

Whether cities choose to use kiosks in cashless stores or not, the decision to let people engage in commerce without paper money could make analysts view those cities as pioneering and keeping pace with current needs.

Not a Perfect Solution, But Worth Investigating

Valid ethical concerns surround cashless stores, and it’s crucial to remain mindful of them as these kinds of retailers become more prominent. The ideal way forward is not to stifle the growth of cashless stores but to give people options for times when paying without cash is not feasible or desirable.