In Today’s Environment, Is Business Automation Right for You?

Businesses operating in today’s digital world are presented with a greater range of opportunities than at any point in the past, but with these opportunities comes the additional issue of greater competition. In this era, businesses who refuse to adapt often end up going the way of the business dinosaur, with automation standing as one of the critical components most necessary for modern viability. So what sort of potential does advanced automation represent, and can it be utilized to help your business going forward?

Simple organization is one of the most commonly utilized forms of automation today and one which almost all active businesses adopt in some way or another. Whereas in the past there might have been dozens or even hundreds of employees dedicated to transferring documents both internally and to clients. Today modern automated systems can perform this work much faster, with a much lower margin of error, and at a fraction of the cost.

These even come with security systems put in place to protect against the inherent risks of digital systems. Data volatility is, after all, still a considerable concern, so addressing this factor before adopting a mostly or entirely digital system is a must. Today, there are systems like cloud-backup services which can automatically back up data at regular intervals without the need for human interaction.

Even better, these can take into account only the changed data, meaning that large uploads of entire databases or large files aren’t necessary in most cases. This form of robotic process automation (RPA) not only saves on human time, but it also frees up bandwidth and lowers the strain on computer systems, allowing for smoother internet use and improved hard-drive longevity. 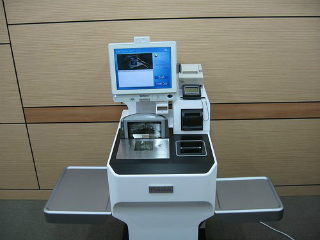 One of the more useful examples on the customer side, which many of us have appreciated in our daily lives, is the adoption of automated self-checkout systems now used in many supermarkets. Traditional checkout systems suffer issues of staff and space, both of which can massively limit their maximum operational load at any given time. With these new automated systems, however, a large number of machines can be packed in tight rows, with only one or two staff members overseeing dozens of checkouts.

While these still have a few growing pains, most notably seen with their still underperforming weighing components, the benefits regarding efficiency, both for the customer and the businesses themselves are undeniable. We hate waiting in line, and no longer do we have to suffer such a frustrating experience during unexpected times of high customer turnout.

So, why are so many reticent to incorporate elements of automation into their business when it has proven effective in so many others, and on so many scales? One of the issues can be pure stubbornness, but primarily the complaints come down to unfamiliarity or the fear of the initial cost.

It is true that there is an initial learning curve, as the adoption of a more traditional paper-based business structure into one which incorporates heavy automation is not something which can be performed without effort, or within a day. On the other hand, it is also true that the most successful of modern businesses all heavily involve digitization and some form of automation. Once the initial hurdle is crossed, the benefits of these systems are far too great to ignore, and the increased efficiency could easily make the difference between success and failure.

One other key benefit to business automation is a huge effect on our environment. Elimination of paper records not only saves critical forests but also significantly reduces waste that must be disposed of, so not only can you save money but you can Go Green while doing it!