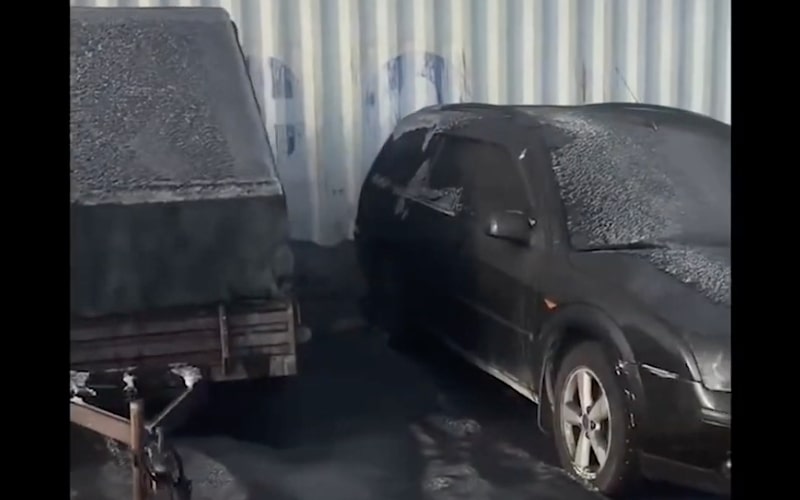 Why is there black, toxic snow falling in Siberia? I’ll give you a hint, it starts with a “c” and ends with “oal.”

Learn why this is happening and what people are doing about it in this QuickBytes video:

Welcome to Quick Bytes where we bring you tech and science news quick fast and swiftly. My name is Adam. Lets dive in.

So residents of a coal-mining region in Siberia, Kuzbass, have been posting eerie videos online showing the streets and cars covered in a toxic black snow.

The toxic snow is coming from coal dust from numerous open pit mines that turns the snow black. Environmental activists say the open pit mines are the reason for this areas health concerns.

The regions 2.6 million people have a 3-4 year lower life expectancy compared to the national average – 66 for men and 77 for women. And not to mention heightened incidences of tuberculosis, childhood cerebral palsy and 15 types of cancer.

The Kuzbass Coalfield stretches across 10,000 square miles making it one of the largest in the world, hosting up to 120 coal mining facilities.

The dust contains a variety of dangerous heavy metals including arsenic and mercury. These contaminants are also dangerous during the loading and transport process which is into open air train cars with wind, rain, and snow collecting along the way.

With the help of the internet and social media bringing awareness to this issue, environmental protest have been on the rise with locals who are effected.

Bringing awareness is what we need to fight pollution. What would you do if this was happening in your hometown?