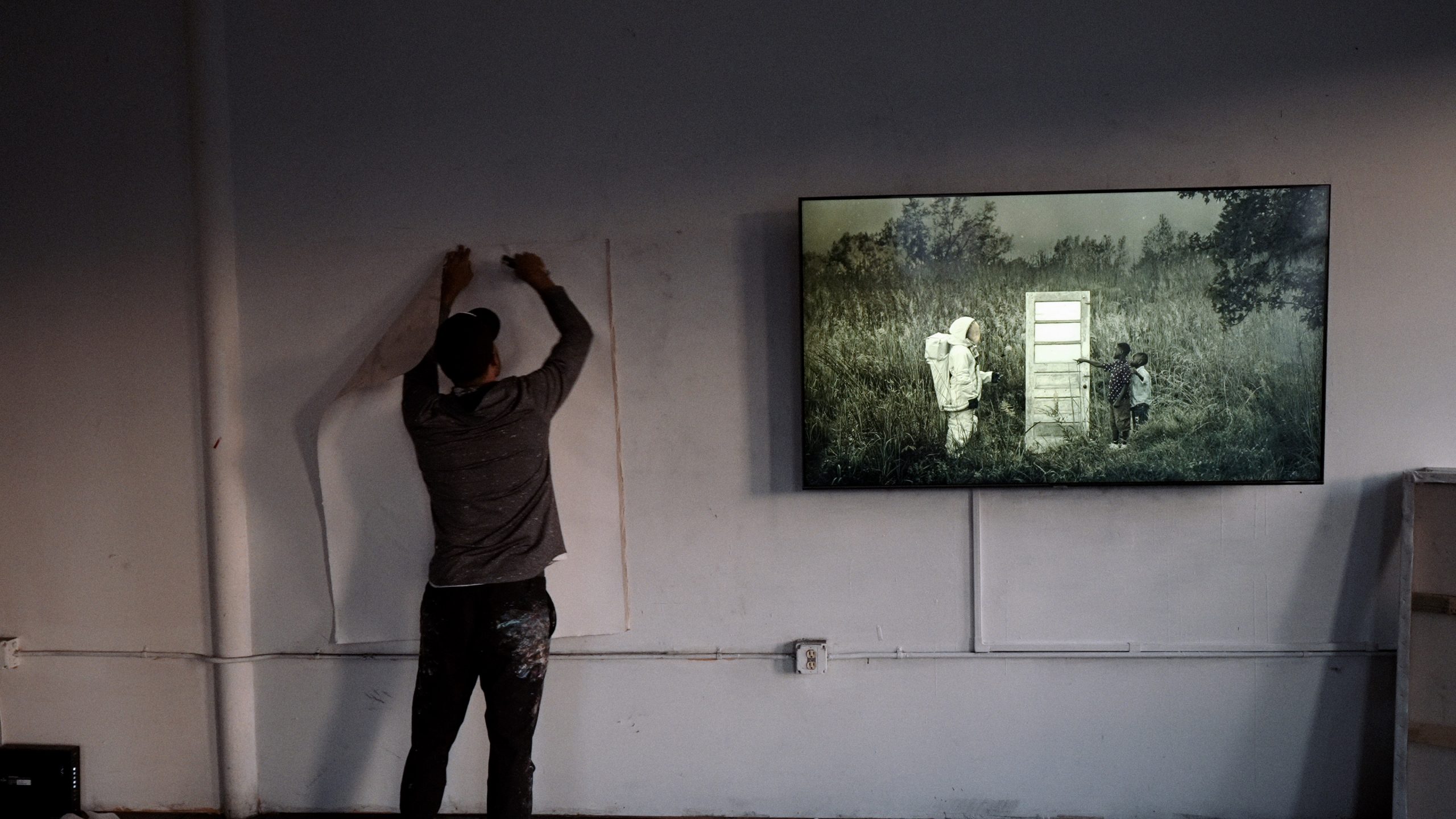 In continuation of his dream to inspire black youth around the world, former MLB athlete and member of the Dodgers, White Sox, and Braves turned artist, Micah Johnson, has selected two children who have experienced great tragedy in their lives as the subject matter of a groundbreaking blockchain art installment entitled ˈsä-v(ə-)rən-tē (sovereignty).

It is a programmable digital artwork depicting the two youths standing in a field before an astronaut suit and a door. The work, a time sensitive programmable photograph, is being made available for purchase as a NFT (Non-Fungible Token) via the innovative blockchain-based art platform Async Art on the blockchain on Oct. 29, 2020. 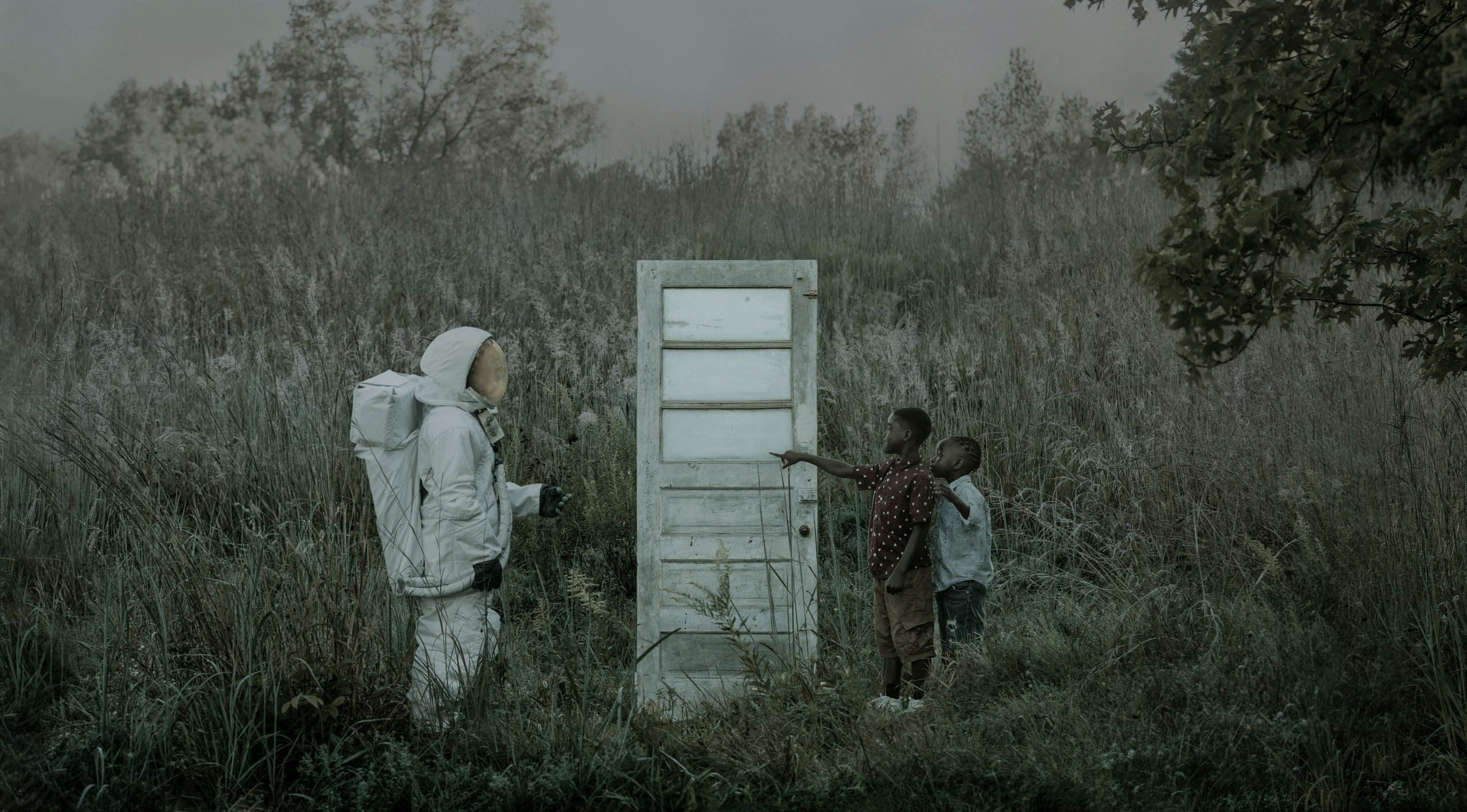 The digital photograph features two real subjects who have faced an adverse situation at a young age in a scene with an astronaut suit on one side of the door and the boys on the other.

For the next 11 years, the door that is standing between the boys and their “dreams” will open more each year [at the prompt of funds donated using the Async Apple TV app] until they are face to face with their dream archetype on their 18th birthday. Johnson’s use of the astronaut in his works symbolically represents the dreams children aspire to.

The mission of this work started by simply wanting to empower the two youths by letting them see themselves in high-art, but quickly turned into an important use-case for Bitcoin in the black community.

The door starts closed and will open slightly each year  to show the boys face to face with their dreams, to symbolize the ability for humans to overcome adversity and reach for the stars. Each year on each child’s birthday, an easy-to-use QR code will appear on top of the original photograph that allows for instant deposits of Bitcoin into a secure hardware and paper wallet for the boys.

Upon both boys turning 18, they will disappear, symbolically representing them becoming adults and finally able to pursue their dreams while having options, due to the generous contributions of the viewers (100% of the contributions and earnings will be turned over to the two 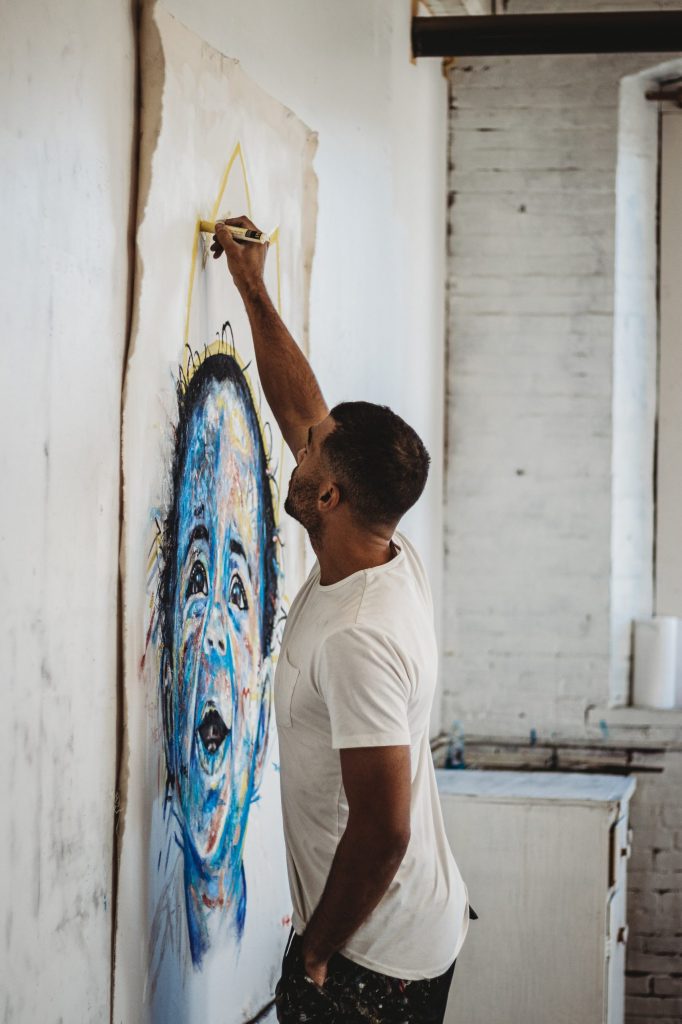 brothers when they each turn 18).

The boys birthdays present an opportunity for viewers to help them achieve their dreams, a chance to support and make a difference in the midst of growing national concern for people of color in the United States.

“When asked what I want to be when I grow up I answered without hesitation, a baseball player,” says Micah Johnson.  “Because where I’m from, we don’t have a ‘Plan B’, all we have is ‘Plan A,’ says Johnson. “ As an artist I feel a responsibility to use my platform to support and inspire our youth to achieve their dreams. No one should be told to have a ‘Plan B’,” Johnson adds.

The revolutionary partnership with Async Art, the world’s first programmable art platform which allows anyone to easily interact with and display their artwork through supported smart TVs, enables viewers around the globe to donate Bitcoin to directly impact their lives by for the subjects in the photograph.

Every year on the boys’ birthdays, a QR code will pop up over the original artwork asking for Bitcoin donation. The artwork updates in real-time on Async.art as well as on the free Async Apple TV app (4th gen or later).

Johnson said “I set out to accomplish two things with this work, both of which could only be solved using the blockchain.”

“The first and most important blockchain use-case was to use Bitcoin to store contributions,” he said. “On the most basic of levels, it’s an alternative solution from the historically prejudice financial system within the United States.

The second objective of mine was quite simply to show the digital artists and even content creators that there is a solution that exists that gives you true ownership over your digital assets.” 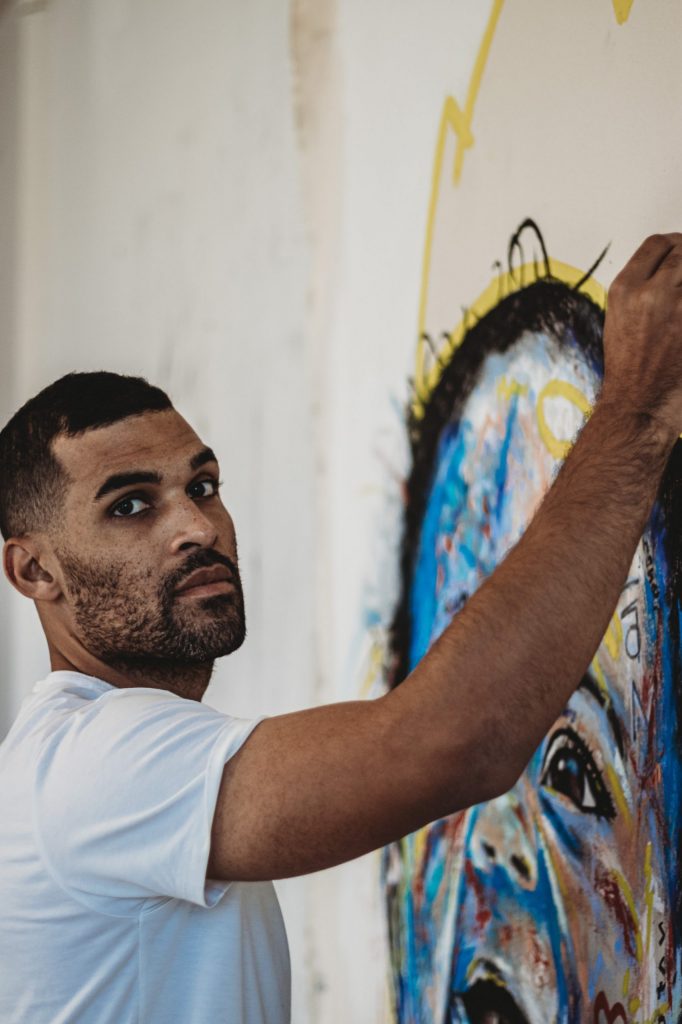 The piece itself holds several symbolic references with the changes of its Layers. The door represents opportunities and it starts off closed and out of reach in the year 2020. Over the next 11 years the door will become more visible.

The passage of time is denoted by the automatic Day/Night changes within the piece each day, and the astronaut’s secret identity can be revealed only by the new owner when the piece sells.

The most powerful change is when the boys completely disappear from the photograph when they turn 18, signaling that they have walked through the door of opportunity. The piece is a symbolic act of sovereignty, an independent solution to an ongoing national conversation about equity, diversity, and inclusion.

An additional bridge of connection–from the collector to global viewers of the work–will occur as the collector who purchases ˈsä-v(ə-)rən-tē  will be able to dynamically alter the tokenized digital art in real time on all screens where the artwork can be viewed (website gallery, user TVs, smart phones).

Through the technological vision of Async Art and the potential growth of Bitcoin, Johnson is illuminating new and innovative means to combine art and blockchain technology to showcase how Bitcoin has the ability to provide a liberating alternative financial system to the black community, which have notoriously been victims of a racist and oppressive banking system.