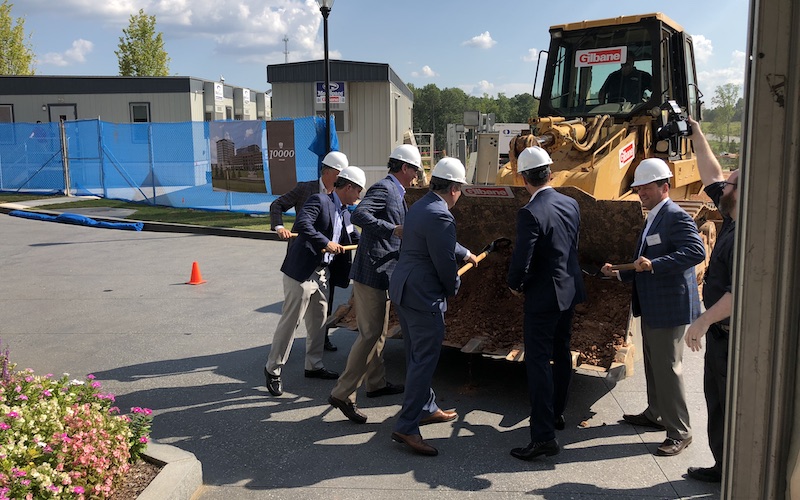 Groundbreaking at the Avalon Hotel in Alpharetta, GA

We’ve heard the recent excitement about smart cities, wiring up towns and cities to be completely (or almost completely) connected to a wireless infrastructure. What about a smart city whose focus is technology?

One of the country’s greatest tech booms continues every day in the scenic north central Georgia landscape. Just up the road from Atlanta, in north Fulton County, Alpharetta welcomes a workforce larger than its population to do the technological bidding of Microsoft, LexisNexis, McKesson, Verizon Wireless, Equifax, HP, ADP, UPS, and more than 700 others. New companies large and small are constantly moving in; in late February, for example, biometric tech solutions manufacturer ZKTeco announced it was investing $5 million and bringing 40 jobs to the state.

The city is known as “The Technology Capital of the South,” with very good reason. The breakdown on Alpharetta’s commitment to technology is both impressive and reflective of the large tech footprint growing out from it:

◊ There are more than 15 enterprise and co-located data centers, a measure of the growing need for metrics – and a collaborative approach to getting them.

◊ Alpharetta has drawn in the core sectors that drive technology globally. Of the 700+ tech companies operating within city limits, nearly 200 are IT service and consulting companies, more than 70 biotech, health, and medical tech firms, and 105 software development businesses. Together, the companies utilize a whopping 20 million square feet of office space – equivalent to 200 large Walmart stores.

◊ Tech companies have joined to form TechAlpharetta, one of the most powerful business-driven initiatives to identify and pursue key investment opportunities and policy decisions. It was established in 2012 by the city.

Besides the tech executives and city and economic development officials, who makes all of this happen? The workers. Amazingly, only 65,000 people live in Alpharetta in spite of 700 tech companies located within the city limits. However, nearly 85,000 people work in the city every day. Their skill and education set is the envy of any community or tech zone: more than two-thirds hold bachelor’s degrees and are trained in the highly prized areas of telecommunications, finance, technology, software development, and network solutions. IT makes up the leading employee skill.

Put it all together, and the area north of Atlanta is now one of the nation’s premier tech zones. Bordering Alpharetta is Cumming-Forsyth County, also with a very large tech footprint for its modest population base – and the desire to expand as it works to create opportunities for specialists young and old alike.

How did it happen? Georgia’s progressive tax incentive programs not only landed the state a thriving film industry but flung open the doors to draw in tech companies large and small. Alpharetta seized the initiative by adding on incentives of their own. A combination of job and work opportunity tax credits, R&D and investment tax credits, expedited permits and inspections, revenue bonds, tax abatements, and retraining tax credits has done the job.

Why You Need QA and How It Can Save Your Money

How Technology is Driving Business Forward