YouTube has opened up a whole new world of entertainment, allowing for anyone with a unique style and the proper technology to make their very own series. And YouTube personality Dex The Swede definitely has a unique style. Utilizing slapstick sound effects and quirky skits, his YouTube channel has gained well over 50,000 subscribers. I spoke with Dex about his early YouTube experiences, his use of slapstick sound effects, and, of course, his drink of choice.

Innovation & Tech Today: Who were some of your initial inspirations when getting into making YouTube videos? 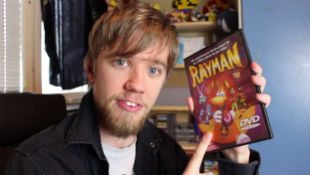 Dex The Swede: I don’t exactly know who some of my earlier inspirations were at the time when I started making YouTube videos, but when I started Dex The Swede, I mostly got my inspiration from early Game Grumps. They would sit and discuss, debate, and make fun of their favorite games, because both Jon [Jafari] and Arin [Hanson] were so passionate about video games. I’m the same, so I wanted to do something similar. I’ve tried Let’s Plays before, but it really wasn’t my thing, so I decided to try out the whole “Comedic Video Game Reviewing” scene, because I wanted to talk about games, while also making people laugh.

Innovation & Tech Today: You’ve had other channels on YouTube before if I’m not mistaken. What was the very first video you uploaded?

Dex The Swede: Oh boy… The very first video I uploaded on Youtube was in January 28 of 2007, and YouTube was still relatively new to the crowd in Sweden. And for whatever reason, it was really popular to make parody dubs out of big movies, such as Lord of the Rings, Star Wars,and Harry Potter, but ESPECIALLY Lord of the Rings. So, I thought to myself, “I want to do that too!” So, a bunch of friends from school and I decided to make our own, and it was really REALLY bad by today’s standards, but we managed to get a small following and kept on making these videos as a series. I was fourteen years old at the time.

I&T Today: Is there one review on your channel you would guide first-time viewers to?

Dex The Swede: Hmm… Probably any of my more recent videos, because they have better quality in them overall. I guess the Rayman TV Show video would be a good pick, or perhaps the recently uploaded Red Steel video. But if someone wants a short demonstration of my stuff, then any of my Ruff Retros videos like the Tiny Toon Adventures video or the TaleSpin video would work. It honestly depends on what topic, because people might not care about a video if they don’t care about the game that the video is all about.

I&T Today: I saw you also recently launched a Patreon page. Tell me a bit about that.

Dex The Swede: It’s no secret that YouTube has become more and more stupid over the years. And making somewhat of a living off of it is EXTREMELY difficult. So more and more people are looking into other services and such in order to be able to pay their rent. Patreon is probably the number one service they go to. I worked on my Patreon page for about a year before I officially released it, but now that I have, I can say that it has helped me quite a lot. I like the fact that it’s also strengthening the community of my show as well, because it’s great to be able to give something back to the people who decide to spend their valuable money on me and my show.

I&T Today: Your show is unique for the use of slapstick sound effects. What gave you the idea to include that as a major part of the channel?

Dex The Swede: It took around four or five videos for me to sort of establish the formula of crazy and stupid intro skits. It was a thing that I decided to do randomly and, as I was making it, I would sit and laugh at my own stupidity for how damn dumb it was. I liked it, so I decided to stick with it, and people seem to like them a lot as well, which makes me happy! There’s no secret that I’m a huge fan of Ed, Edd ‘n’ Eddy, which is why some of the sound effects I use are mainly from that show. And the way I move in those intros is also an homage to early Garry’s Mod animations, which I also used to love. Then there are also some other inspirations, like a few Swedish comedians. Some of my acting and delivery are based on how they usually are.

I&T Today: In addition to video games, you’ve also reviewed a few TV shows. Is this something you’d like to continue pursuing?

Dex The Swede: Definitely. I love to talk about video game related shows and such. Especially the more obscure ones, because they’re usually really bad. Haha! I’ve got a few ideas for future videos about video game shows/movies, so… Stay tuned, I guess!

I&T Today: Do you have any advice for aspiring YouTubers? 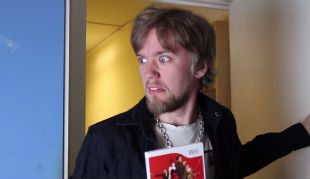 Dex The Swede: I’m still an aspiring content creator, and I always say that I’m the last person someone should go to when it comes to advice, but to keep it short and sweet, I can say this: Do what you love and love what you do. It’s important to have fun making videos. If you don’t like what you’re making, then the video will probably not be any good. And I’m the last person who should be able to say this, but I’ll say it anyway… Work hard! Make something that you yourself would want to watch and have fun creating content for the people.

I&T Today: One of the common recurrences in your videos is your trusty hip flask. What’s your personal drink of choice?

Dex The Swede: My go-to drink at the bar would probably be a good ol’ Guinness Extra Stout. I’m fine with lager beer as well, but I don’t like some certain lagers where there’s a strong aftertaste to them, so I usually stick with beers like Heineken or Carlsberg. IF I’m going for a more fancier drink, then I’d probably just go with something sweet. You know the ones where you can barely taste the alcohol and drink that stuff as if it was lemonade! Good times.

Dex The Swede’s content can be seen on YouTube and you can support him on his Patreon page.