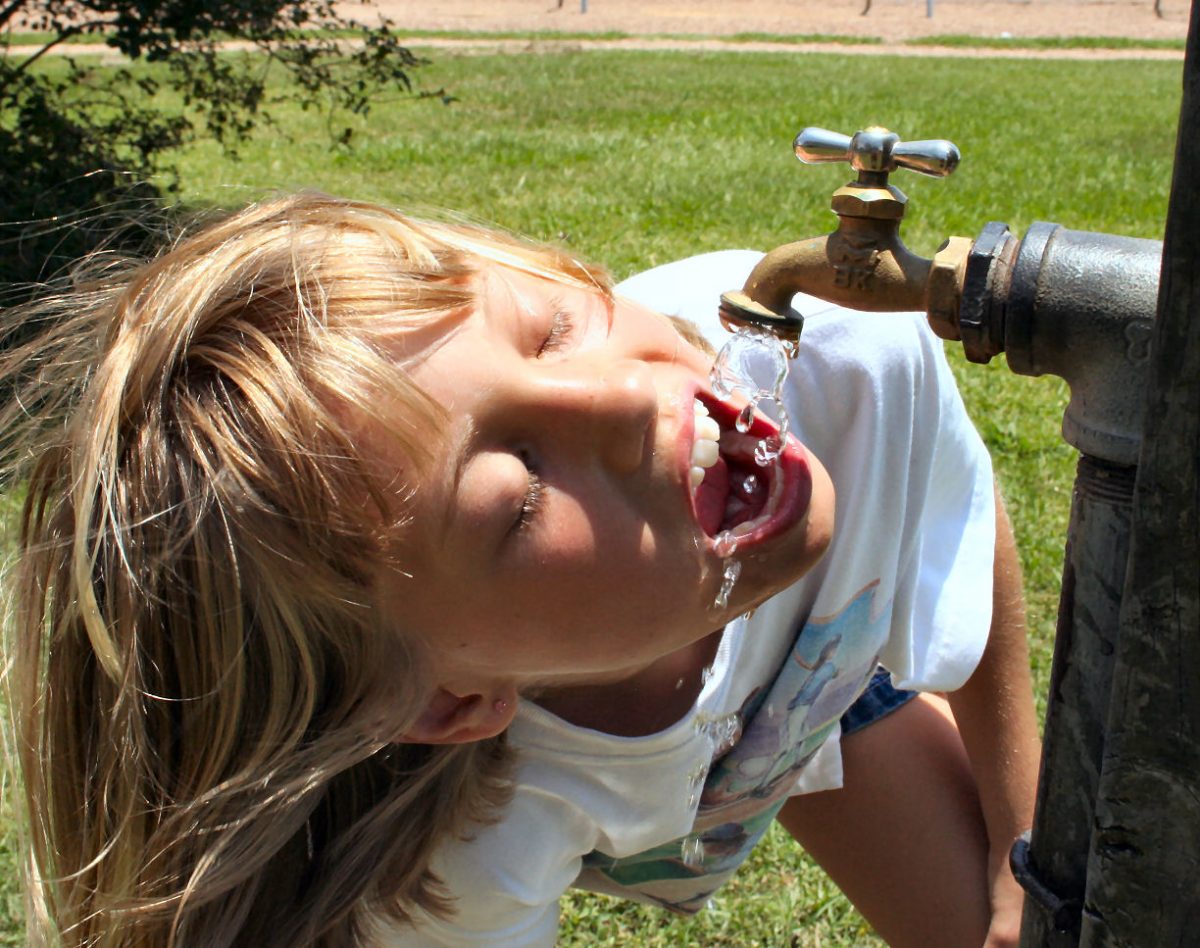 Everywhere you look, the news is rough. NASA calls last year’s West Coast drought the worst in a millennium. And the Southwest continues to burn or flood, with no middle ground in sight.

Meanwhile, we continue consuming water at voracious rates. One would think that with all the flooding, ice packs, oceans, and fresh water sources, we’d be okay. After all, isn’t water the ultimate renewable resource? With 7 billion people tapping the 1 percent of all fresh water that is readily accessible, and desalination of the oceans still in its infancy, we cannot even say that anymore.

We’ve sounded this clarion call for decades. Now, we’re living in it: by 2025, the UN predicts that nearly 2 billion people will live in areas plagued by water scarcity. Another 2 million people die annually from diseases caused by lack of safe drinking water, according to the World Health Organization.

Let’s turn it over to NASA. The agency has found melted water on Mars, but forecasts a much different outlook on the West Coast. NASA used 17 computer models to determine that the West Coast drought had one parallel in the past millennium — the 11th century mega-drought that caused the mysterious disappearance of the ancient Pueblo people, the Anasazi. And, says report co-author Dr. Jason E. Smerdon of Columbia University’s Lamont-Doheny Earth Observatory, “Even when selecting for the worst period, the 21st-century projections make the mega-droughts seem like quaint walks through the Garden of Eden.”

People, businesses, and municipalities alike are fundamentally changing the way they utilize water. Companies have built water more and more into the center of their sustainability policies and practices, led by efforts such as Levi-Strauss’ Water<Fabric initiative, which saves hundreds of millions of gallons per year and Water.org’s partnership with Stella Artois, Europe’s largest beer brewer, to provide more water to millions around the world.

Now, if we can only kick our love of things like eating hamburgers (one hamburger requires 630 gallons of water to produce) and wearing cotton garments (one cotton t-shirt requires 700 gallons of water to produce). Since neither will happen, we turn to conserving in all other directions, relying on companies like Levi-Strauss and Patagonia to show us the way in sustainable clothing.

Our issues as individuals and businesses are well-documented. What about municipalities? Cities lose billions of gallons annually from leaky underground pipes, hydrants and reservoirs. In developing countries, it’s far worse. These deficits become more profound when drought restriction measures often give priority to agriculture, which consumes 70 percent of available water.

“In the old days, there was not so much stress on measuring, because we thought we had plenty,” says Carey Hidaka, smarter water management expert at IBM. “It’s a bit of a paradigm switch for the water industry, which like others is used to throwing new engineering developments at problems.”

To solve these problems, most magnified in cities like Los Angeles, San Diego, San Francisco, and Seattle can turn to Canada. Water rationing in California continues at a 25 percent required reduction.This has pushed forward-thinking Internet of Things tech company Terepac, among others, into action. 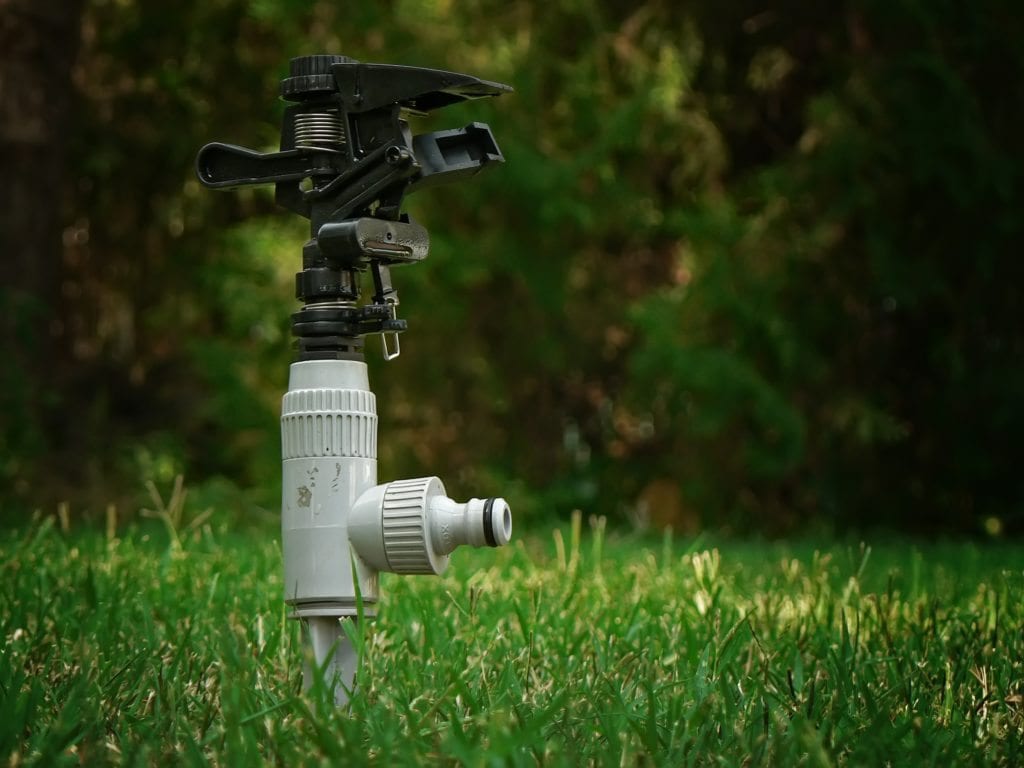 “There is a desperate need for water optimization,” CEO Ric Asselstine says. “If municipalities can have the ability to observe how their water systems behave and optimize them, the return on investment is tremendous. In California’s case, it also might be for the sake of maintaining the quality of life and business economy people there enjoy.”

Added VP IoT and Marketing Communications Fraser McNaught, “When a city puts in a water pipe, the last time they see the pipe is when they put it into the ground. In Canada, we lose $3 billion per year in potable water because of tiny leaks underground that people can’t see. Now, with our OneWater solution, part of our overall vision for the Internet of Things, they can tell by specific vibrations and pressure where problems are occurring, or might occur, and can head off major problems, like bursting pipes. It also enables municipalities to have greater knowledge of their systems.”

Terepac and its solutions will find a receptive audience, but they aren’t alone. Chicago has activated its MeterSave program, a voluntary program that provides homeowners with incentives to install water meters. Incentives include a seven-year rate guarantee and a free rain barrel, among others. Imagine how that would fly in other populous areas with high water and energy bills.

While California is still working it out in its cities, the statewide solution is already reaping benefits. “Information technology has played a critical role in enabling California to develop and deliver solutions to help mitigate the impacts of the drought,” said Department of Water Resources Chief Information Officer Tim Garza. “Our new self-service portal will soon be expanded to automate infrastructure provisioning for more than 30 other organizations within the California Natural Resources Agency.”

Agricultural concerns have also become proactive, no doubt buoyed by water cut-offs in the nation’s breadbasket, the San Joaquin Valley, in 2014 and 2015. Agricultural managers and farmers in at least 15 states now use the EEFLUX app, based on metric technology, which utilizes satellite imagery to create digital field maps that evaluate specific water consumption and management in fields and orchards. Among happy EEFLUX users? The California Department of Water Resources, California Water Control Board, and the World Bank. 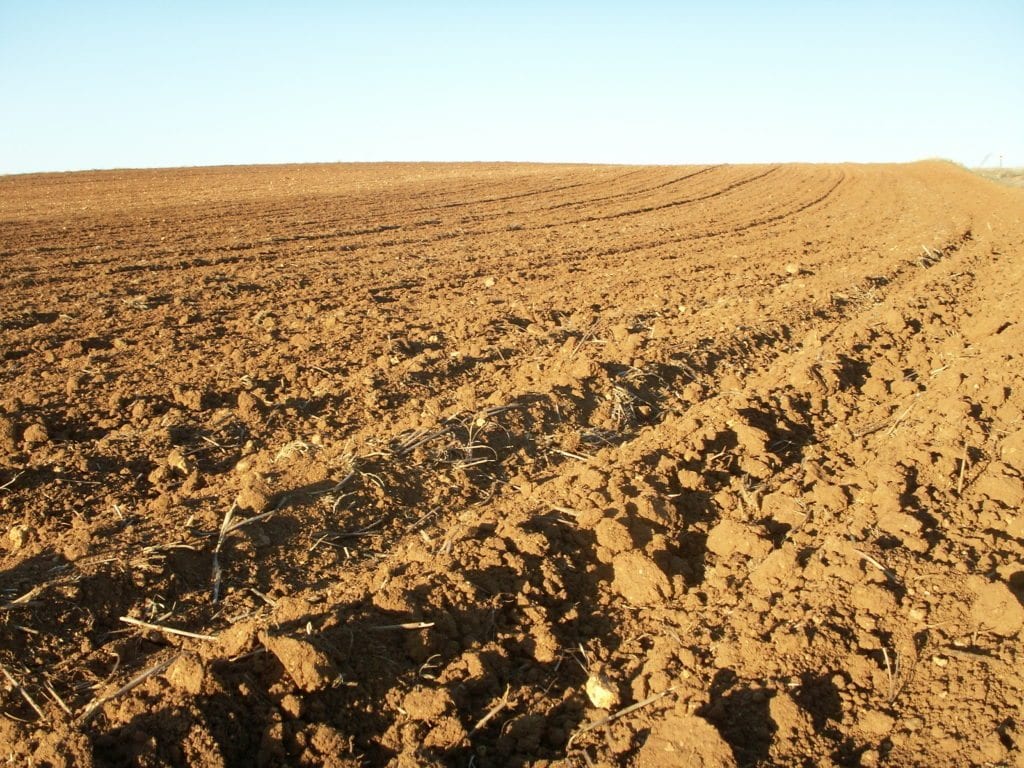 “Having water consumption maps produced quickly on Smartphones has been everyone’s dream,” said Ayse Kilic of the University of Nebraska, one of the app’s developers. “In two years’ time, we hope to see all farmers watching their fields from their phones and scheduling irrigations. EEFLUX is making Landsat the evapotranspiration satellite.”

Other new technologies are emerging. One is transforming wastewater into a resource for energy generation and drinking water, saving again by reducing water consumption for electricity. According to a study by water technology firm Xylem, these types of solutions can save up to 50% in energy efficiency and treatment costs.

Another is modular hybrid activated sludge adjusters, which remove nutrients that can be used as fertilizers while reducing the energy required for treatment in half — a direct savings also to our huge agricultural water usage. Mobile water treatment facilities are sprouting up. There is even technology in development to recycle water used for fracking, which, to this point, has made headlines because of how badly it has polluted rivers, streams, and aquifers.

“There will be knock-on benefits as products [will be developed] with new applications where the price tolerance is much lower,” says Peter Adriaens, professor of environmental engineering and entrepreneurship at the University of Michigan.

As Terepac’s Asselstine points out, systems developed and implemented successfully now, even in test market or prototype states, will find a receptive audience due to the huge buyers’ market for water solutions. “What we’re seeing is the first draft of sensors and hardware going online,” he said said. “A year from today, a lot more of those systems will be deployed. We’ve also got five to ten more solutions in the works.”