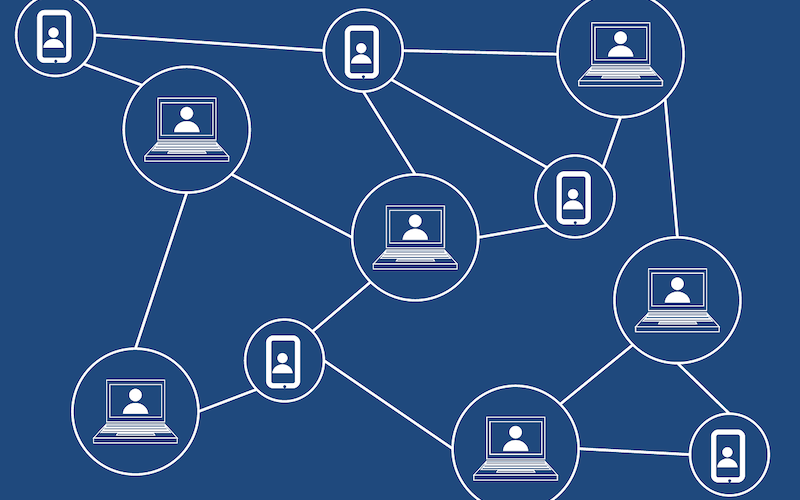 What I Have Learned About Blockchain

As a modern woman and a comedian, staying aware and in touch with the latest in tech news is very important to me. After all, what if I end up stranded in an abandoned DOJ complex in Georgia while the apocalypse rages outside, and the only way to trade for food and supplies is Bitcoin, but my dumb ass only has whole coins? What if I meet the love of my life, but he can’t love me because I don’t understand the long-term future information strategies of smart cities?

Now of course as a highly educated person, I am skeptical of all sources of information until thoroughly vetted. The internet is full of liars who want to sell you a flip phone. Which is why you can believe me when I say my brother Chad definitely knows more than, like, anyone about high tech things like cryptocurrency or Twitch. And according to Chad, blockchain is the biggest security innovation to hit humanity since the invention of the wax seal.

But since not all of you are lucky enough to live with an expert like Chad, I’m going to share with you what I’ve learned about this exciting new data security.

Blockchain was invented by a person or a group of persons from Japan, who all met through a mutual love for cats. But soon they discovered they were all really good at coding, and they invented blockchain as a way to transfer fake money around to their friends to buy stuff like digital cats and accessories for digital cats.

Blockchain is a series of records, all of which are stamped with time and data information every time they change hands. When you add a block to the chain, you have to balance it really carefully, or it will fall off and you won’t be able to access any of your money, even if its millions of dollars and that makes no sense. Because there is no middle man verification needed, like waiting for banks to open, waiting for banks to clear checks, or waiting for banks to actually do their job, blockchain requires way less fake smiling. It also has the added benefit of never reassuring you at any point that what you’re doing is above board or legal. And life is more exciting that way.

Come back next week, when Chad teaches me about using dating apps for laundering World of Warcraft credits.