Wednesday’s ISS Spacewalk: Everything You Need to Know

Astronauts on the International Space Station (ISS) will be taking a spacewalk Wednesday morning, and we have your all-access pass.

The January 27 walk will mark the first time astronauts have exited the station since Nov. 18, 2020 when they decommissioned the Pirs Airlock.

A pair of US astronauts, Michael Hopkins and Victor Glover, will exiting to install the Airbus Bartolomeo and the Columbus Ka band terminal.

What is the Airbus Bartolomeo?

The Bartolomeo is an exposed experiment platform that will be attached to the European Columbus Module. It will serve as the newest ISS payload hosting platform.

Hopkins and Glover will also be removing fixtures from a truss in preparation for upgrades to solar arrays.

The walk is expected to begin at 7a.m. EST on Wednesday, January 27. It will last approximately six hours and is will air live on Nasa TV. Watch it here.

Currently, four ISS spacewalks are slated for the year — all in the next 30 days. On February 1, the same two astronauts will again step outside the space station to install a new lithium-ion battery, where an earlier battery blew a fuse in April 2019. The will also upgrade high-definition video and camera gear on ISS.

A follow-up walk on Feb. 8, 2021, will serve to install a modification kit that will further prepare the station for new solar arrays. An additional walk on February 16 is scheduled for work on the Kibo module platform.

Also in February, NASA is planning a cargo launch aboard its Cygnus spacecraft to the space station from its Wallops Flight Facility. 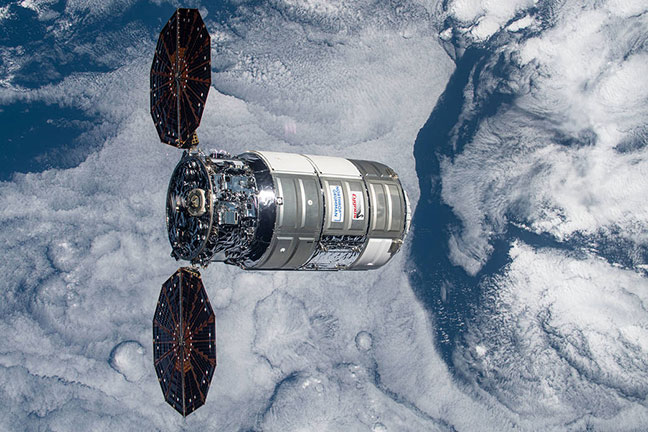 Research investigations launching to the orbiting laboratory aboard this Cygnus include:

Cargo resupply from U.S. companies ensures a national capability to deliver critical science research to the space station, significantly increasing NASA’s ability to conduct new investigations at the only laboratory in space.

For more information on the ISS, check out this NASA site.

Wednesday’s ISS Spacewalk: Everything You Need to Know