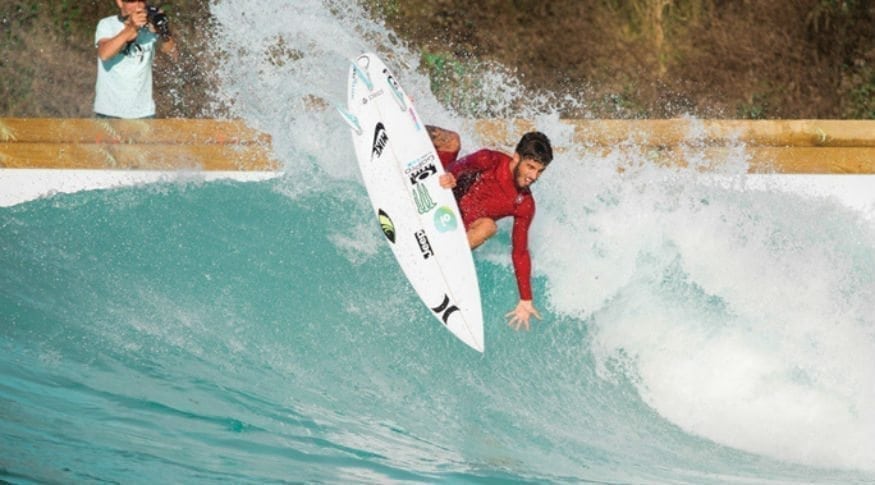 Nothing quite beats surfing early in the morning – waking with the sun, feeling the first shock of cold water on your toes, watching the sunrise reflect off the water. It all makes for a surreal moment. However, if you don’t live near the coast, it may be hard to paint this picture in your head. Or, let’s say you do live on the coast and your mornings have been increasingly interrupted by the bevy of surfers lining up to take your waves. It takes away from the magic, doesn’t it? Well, things are quickly changing for one of the world’s fastest-growing sports. Surfers worldwide increased from 26 million in 2001 to 35 million in 2011. In 2012, former European surf champion Pete Jones claimed, “Surfing is not like golf. You can build more golf courses, but you can’t make more waves.” However, it was seven years earlier when Josema Odriozola began questioning that notion. 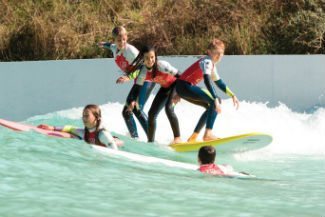 The development of artificial waves is making surfing a more accessible sport. As Odriozola explained, “People who live in places where there are no waves or where the swell is not consistent will have the chance to improve their surfing more than what they can do in their homes.” Now, you don’t have to wake up at the crack of dawn or even live by the sea to hone your surfing.

Artificial wave facilities will not only change the sport for amateurs but for the pros as well. The nature of surf competitions has always been fickle. Having to rely on chance for the perfect waves, surf competitions usually have long waiting periods. “Sometimes it’s just unpredictable and it’s just a matter of luck,” Odriozola said. For example, the 2020 Olympics in Japan will host the first-ever Olympic surf competition. However, the event has a two-week window, in which officials will have to predict and decide when the waves will be best suited for competing. The use of wave pools would allow officials to have complete control over the competition: when it happens, what the waves look like, etc. Plus, not all future Olympic locations will have an easily accessible surf spot. As Odriozola said, “There are other places where there’s absolutely no chance of having waves. So, in this way, these facilities can help make surfing become an official sport” in future Olympics.

But it isn’t all about fun and competition. One of the core concepts in Wavegarden facilities is sustainability. Co-Founder Odriozola described why this was so important: 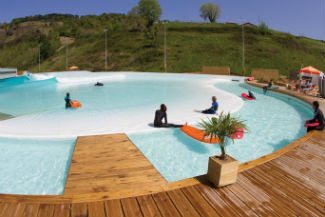 “We were asking ourselves in the beginning of this project, Does it make sense to make artificial waves or not?’ To me, the answer was ‘If we are able to create a facility that does not have a bigger impact on our environment, then why not?”

So, they set out to create facilities with the least possible environmental impact. The wave generating machinery is designed to reuse part of the energy created in the process. Currently, both of their facilities use rainwater to fill the lagoons. “I think the surfers want to enjoy the experience of surfing…surrounded by as much natural environment as possible,” he continued. “So trying to create something that is as natural as possible will help benefit the facility and the experience of the users.”

Wavegarden pools are perfect for all ages and abilities, whether you’re an experienced surfer (Featured Image), a beginner (top right), or just want to relax by the pool (bottom left).