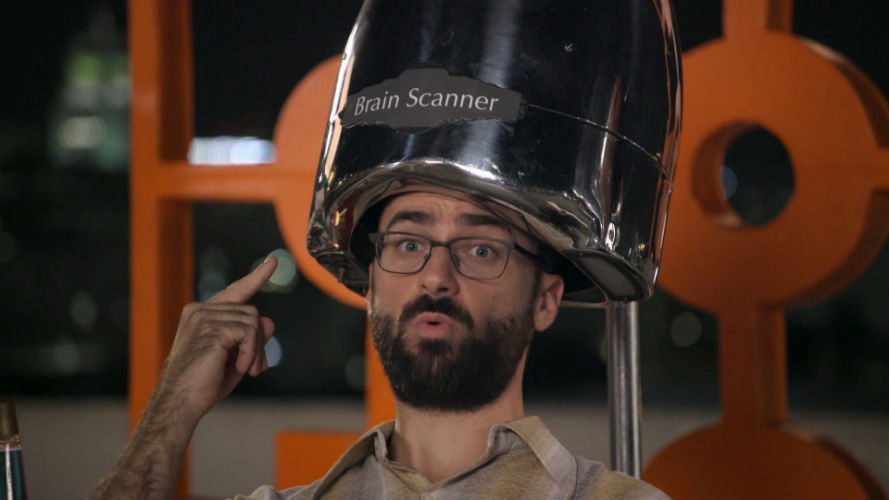 For years, Michael Stevens has been entertaining and educating with the online show Vsauce. Answering such questions as “Is it OK to touch Mars?” “Is all fair in love in war?” and “What if the Earth stopped spinning?” his flagship channel showcases his ability to teach in an approachable manner. However, in his YouTube Red exclusive series Mind Field, Stevens brings his best. And, trust me, he answers much more complex questions than whether or not the Earth is flat, which apparently needs to be answered these days.

In the first episode of the second season of Mind Field, “The Greater Good,” Stevens tackles a fascinating subject that has a number of far-reaching consequences: the trolley problem. In case you’re not aware, the trolley problem is when someone must decide between letting a runaway train hit five people or pulling a lever to let it just hit one, posing a major question in terms of “the greater good.” Which would you do? You would? You monster.

Because the question of the trolley problem is now being posed in the world of automated cars, it’s the perfect time to take a look at how exactly it would play out in real life. However, the experiment wasn’t as simple as throwing a random person in a train simulation and having them choose whether or not to flip a switch. Stevens and his crew set up an entire fake train organization, including an actor to play the conductor. Additionally, Stevens spoke to psychologists and a university ethics board, even providing onsite counseling to ensure that the test subjects wouldn’t be traumatized after making the simulated decision. While I won’t spoil how the actual experiment turned out, it’s a fascinating look at how the trolley problem would play out in real life.

While Stevens has specialized in videos around ten minutes long for years, the season two premiere of Mind Field shows off the greatest of Stevens’ abilities in a longer format. And season two looks to have no shortage of thought-provoking experiments, such as being a real-life lab rat in a maze, being strapped to a lie detector, and even experiencing Chinese water torture. Make sure to check out the episode here and look for our exclusive interviews with Michael Stevens and his fellow Vsauce hosts in our upcoming winter issue.