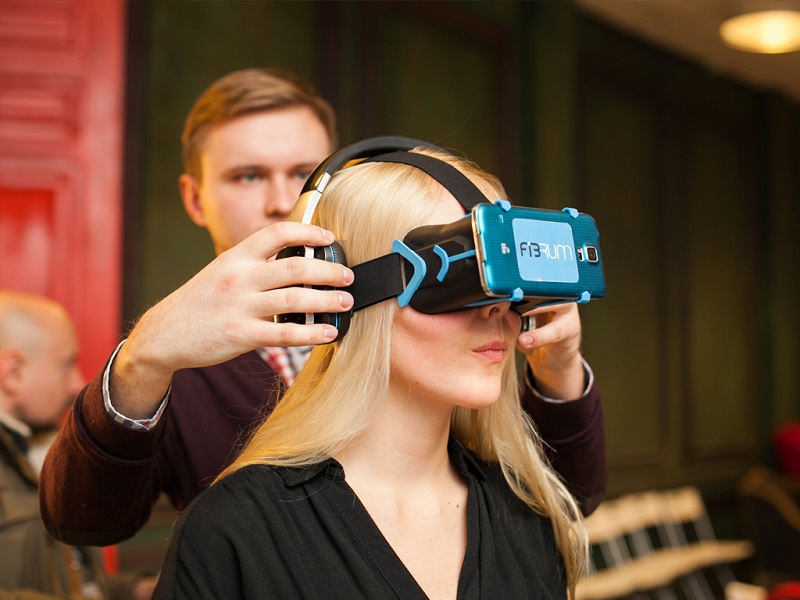 CES 2019 is over. My wallet is overflowing with business cards, I have shaken thousands of hands, and my legs are still sore and tired. But, most importantly, my mind is filled with story ideas thanks to the many innovative booths I saw at the event. And one takeaway that I wanted to discuss was the proliferation of virtual reality at CES, and specifically how it may change music videos forever.

While exploring the VR/gaming sections of CES, I stumbled upon Fibrum, a company that originally appeared to be showcasing a fairly normal virtual reality setup known as Desirium. However, after some time speaking with the team, I learned that, along with showing off some fun, innovative innovative VR gaming, the company may help to bring the traditional music video into the future.

Starting off on the gaming side, I tried out Reckless Highway, an extremely addictive VR experience where you take control of a truck on the highway and, well, drive recklessly. And, after years of safe driving practices, I must say that it was quite fun.

Your rate of speed continually increases while as you must dodge everything in your way, from other cars to full police barricades. While on a standard console the game might not seem like much, seeing increasingly fast vehicles zoom past you adds quite a bit of immersion inside a VR headset. 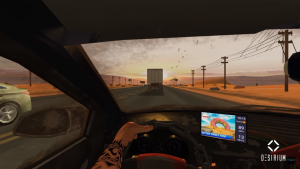 However, what really enticed me was the grand finale – the music video. While unfortunately there doesn’t appear to be any footage available, I can tell you this: I started really thinking about the potential VR has beyond gaming.

The video follows a number of figures flying around a colorful city, allowing you to look all around the environment throughout. The ability to truly appreciate everything around you maximized the immersion … even if that meant my fear of heights majorly kicked in.

In an exclusive interview with Fibrum VP of Corporate Strategy Michael Bakaleinik afterwards, he gave some additional details on the music video projects.

“We’re collaborating with Brandon Howard at the moment, so he’s kindly provided us with his likeness and his material for us to create a fully CGI, full VR video,” Bakaleinik explained. “We need to polish it off a little bit, but we’re very enthusiastic about this particular direction. We’re going to be talking to more artists about adding their material to our portfolio. We’re not sure whether or not we’re going to be integrating this into the VR content platform or if it’s going to be a beast of its own, but we’re definitely going to pursue that.”

Thinking Bakaleinik’s words over, I couldn’t help but think what my favorite artists would do if they pursued such a medium in the future. After all, I remember a time when the “light show” feature in iTunes was considered revolutionary. Man, 2006 was an archaic time.

When questioning Bakaleinik on whether VR tech could shake up the world of music videography, he told me, “Quite likely, because it has tremendous depth in terms of providing the viewers with so much more to do as opposed to the conventional 2D videos that we’re used to. Today, some people have already attempted VR music videos, but it’s usually a CGI environment that has nothing to do with the soundtrack itself, and you have bits and pieces of the relevant footage projected into flat screens in the environment. And so we wanted to go a step beyond that and make it a fully interactive, fully malleable environment that you can potentially interact with in the future.”

If what I saw at the event is any indication, that future will be a bright one for music videos.