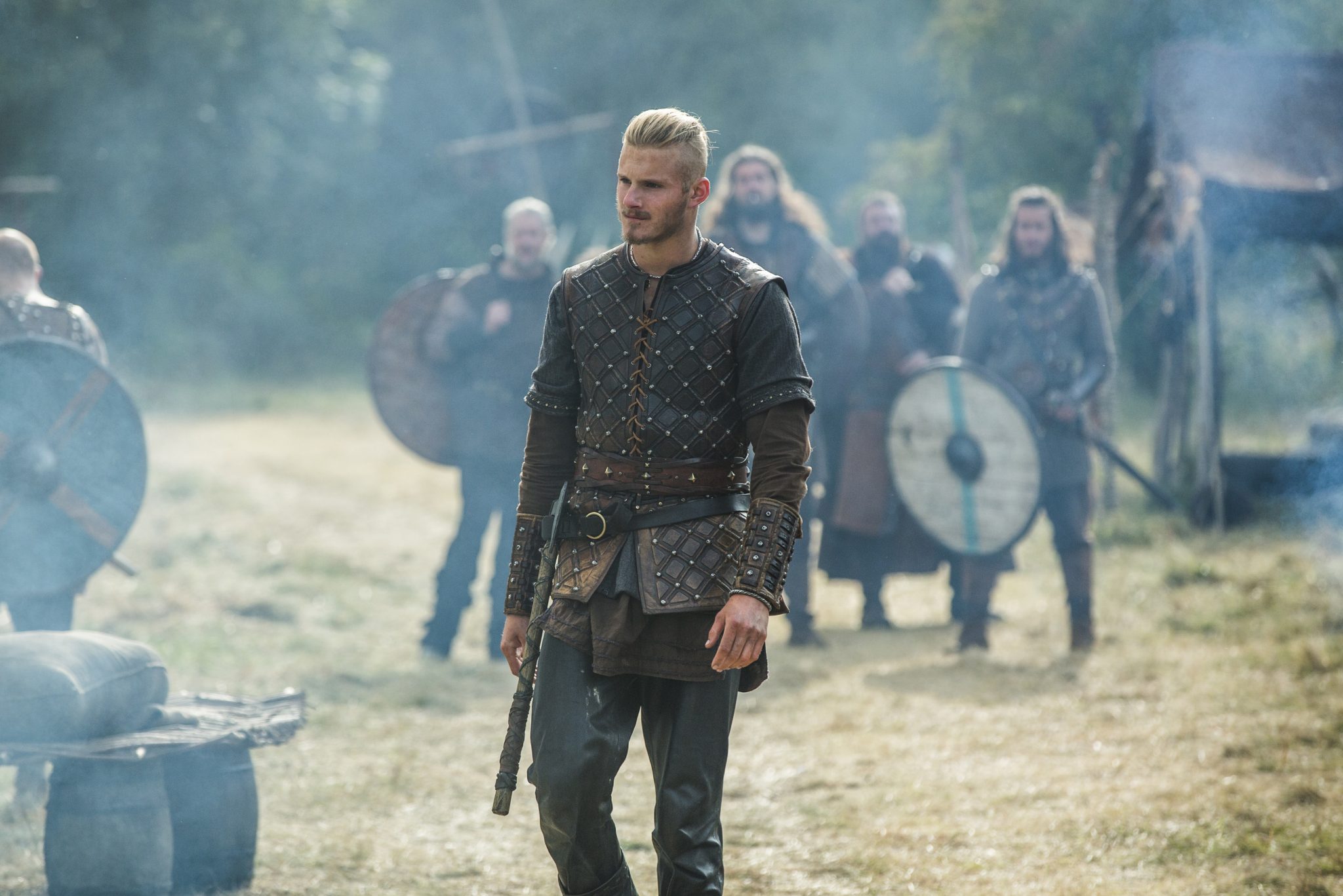 Actor Alexander Ludwig rose to fame playing Cato in The Hunger Games. More recently, he’s shared the big screen with Mark Wahlberg in Peter Berg’s Lone Survivor and starred with Jim Caviezel in the true high school football story, When the Game Stands Tall. But over the last four years, the actor has spent months in Wicklow, Ireland (an hour outside of Dublin) with the cast of History Channel’s hit scripted TV series, Vikings. Ludwig plays Bjorn Lothbrok, a Viking warrior and first born son of Ragnar Lothbrok (played by Travis Fimmel). Ludwig talks about everything from Vikings sports to Irish rugby to NHL hockey in this exclusive interview.

Innovation & Tech Today: What did you find personally interesting about how the real Vikings lived from working on this show?

Alexander Ludwig: It was shocking to me how progressive their culture was. If you were a Viking woman, you had just as much say as any Viking man. Somewhere along the line that got lost and obviously we’re back to that now, but it took us a long time. It’s pretty remarkable that so long ago there was equality that men and women shared.

I&T Today: What do you feel the Vikings’ idea of sports was back then?

Alexander Ludwig: They had coins they would flip into barrels. But a lot of their sports had to do with hunting. That was where they’d get their entertainment from: finding new ways to hunt. They’d also train for their next raid, throwing axes at trees and stuff like that.

I&T Today: What have you learned about the ancient Gaelic sport of hurling from your time in Ireland?

Alexander Ludwig: Very, very little. Surprisingly enough, every time that they have a game I’m not able to go. So I still have people explaining to me how they play that.

Alexander Ludwig: I grew up playing rugby, so that’s one thing I actually know. I’ve been to a few rugby games in Ireland, but never hurling.

I&T Today: What sports do you follow back in the U.S.?

Alexander Ludwig: I actually grew up in Canada, so I’m very much a hockey fan. I grew up freestyle skiing competitively when I was younger and I spent a lot of time in the mountains. Now that I live in Los Angeles, I always go surfing.

Alexander Ludwig: The Vancouver Canucks. A few of my buddies that I grew up with got drafted in the NHL, so I’ve got to spread out a little bit of love to whatever teams they play for.

I&T Today: Do you support the Kings?

Alexander Ludwig: Of course I support the Kings. Whenever I’m in Los Angeles, that’s the team I see. But if the Canucks come to town, I draw the line and cheer for the team I grew up with. 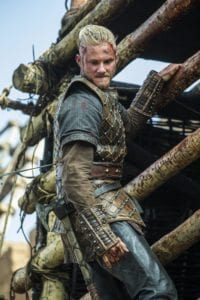 I&T Today: What type of training did you do to prepare for the fighting sequences this season?

AL: It really is up to every actor to decide how they want to look. It’s not like every Viking looked like some superhero. They were bigger than most people but at the same time, their bodies were different. My character is supposed to be a warrior, so I do my best to stay in pretty good shape. I do my best to go to the gym every day. I have this routine that I’ve created that I’ve taken from what I learned when I was training for Lone Survivor, but I use less heavy weights than when I was trying to be a Navy Seal.

I&T Today: What’s it like orchestrating the Viking battles in Ireland’s unforgiving climate?

AL: There’s days like when it’s just sh*t, when it is awful. You’re crushing everything and thinking, This is just a disaster because it’s raining, it’s cold, it’s muddy. You really have to love what you’re doing. That’s why I’m so in love with our crew and our cast. Everybody who is there knows what they signed up for, and no one is a princess or prince. They’re there to make something great. That’s why I think that people like this show because they’re seeing all this effort come to life.

I&T Today: What do you guys do for fun when you’re not filming in Ireland?

Alexander Ludwig: We travel. It’s great being able to hop around Europe. Whenever we have a few days off, Travis (Fimmel), Gustaf (Skarsgard) and our friend Bob would travel. We also spend a lot of time training, we go horseback riding so we can get better at that. And Ireland has a lot of great places to explore from Dublin to the countryside.

I&T Today: Have you guys ever ventured north to where they film Game of Thrones?

Alexander Ludwig: Yeah, I went to a boxing match in Belfast with a few friends. That was a lot of fun. UFC feather-weight fighter Conor McGregor is a fan of Vikings. He’s from Dublin and the patriotism there is awesome. He came up to us and told us how much he loves the show.

Vikings continues to get rave reviews as The History Channel’s first scripted drama, due to its historical accuracy and the personal love the cast feels toward the story and scenes — right down to recreating fight and hunting scenes in Ireland’s forbidding cold, rainy climate. As Alexander Ludwig says, “We’re here to make something great.”