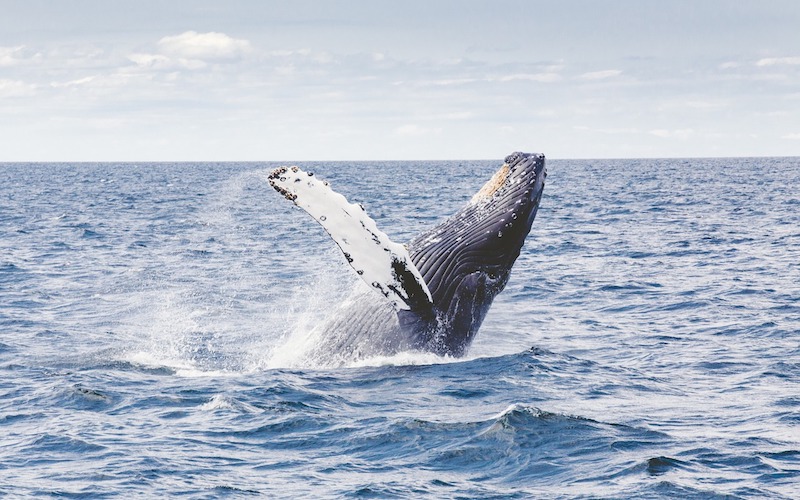 It’s no secret that the Trump presidency has been riddled with a number of lawsuits. While most of the President’s legal trouble has been linked to investigations into Russia, he may now have another issue to add to his list. Last week, the Surfrider Foundation announced that they would be suing the Trump Administration for allowing seismic airgun blasting in the Atlantic Ocean. Specifically, they are filing a suit to challenge the authorization given by the National Marine Fisheries Services to allow this seismic testing.

Founded in 1984, the Surfrider Foundation is dedicated to the protection of oceans and beaches. What started as a group of surfers fighting coastal developments has turned into one of the largest non-profit grassroots organizations in the U.S., with 82 chapters, 86 student clubs, over one million supporters, over 100 active campaigns, and a record of 500 victories since 2006.

Now, Surfrider Foundation may just be taking on one of their biggest campaigns yet: the fight against seismic blasting. In order to find oil and gas deep beneath the ocean floor, seismic airguns shoot loud blasts of compressed air through the water and into the seabed, reflecting information about potential deposits. However, these blasts are in no way benign to surrounding sea life. Oceana claimed that the proposed airgun testing in the Atlantic could injure 138,000 whales and dolphins, while disturbing millions more.

“Seismic testing can be harmful and even fatal to the hundreds of thousands of dolphins, whales, and other marine animals in the Atlantic,” explained Angela Howe, legal director at the Surfrider Foundation. “This litigation is aimed at protecting the Atlantic Ocean from the destruction of seismic testing, which is the first step of proposed offshore oil drilling.”

Originally, the proposal to allow five oil and gas companies to use seismic airgun blasting in the sea floor from New Jersey to Florida was deemed unsafe by the Bureau of Ocean Energy Management in 2017. Since marine mammals like whales and dolphins use sound for communicating, feeding, and mating, it was found that the blasts could impact those activities, all three of which are essential to survival. Conservationists were particularly concerned with the well-being of the North Atlantic right whale, of which only about 450 remain.

However, after a recent review, the National Oceanic and Atmospheric Administration (NOAA) concluded that the blasts could be done without significant harm to surrounding marine life. To mitigate wildlife impact, the NOAA said that seismic blasts would not be allowed from November to April in regions of the Atlantic where North Atlantic right whales are known to migrate. Additionally, boats conducting seismic operations will be required to have a NOAA observer on board.

However, there are conservationists, like Angela Howe and the Surfrider Foundation, that find this ruling to be a violation of the Marine Mammal Protection Act. According to a press release from Surfrider:

“Specifically, this lawsuit challenges the permits for Incidental Harassment Authorization (“IHA”) issued by the National Marine Fisheries Service (“NMFS”) to allow the oil and gas industry permission to harm, harass, disrupt and kill marine mammals. These permits would allow offshore oil and gas developers to knowingly harm marine mammals and other wildlife when exploring underground oil and gas reserves.”

It is yet to be seen what the response to the lawsuit is, but regardless of the result, conservationists everywhere will likely continue to fight to protect the environment. As Angela Howe said, “We will continue to stand up to protect our marine environment and our ocean ecosystems for this and future generations.”