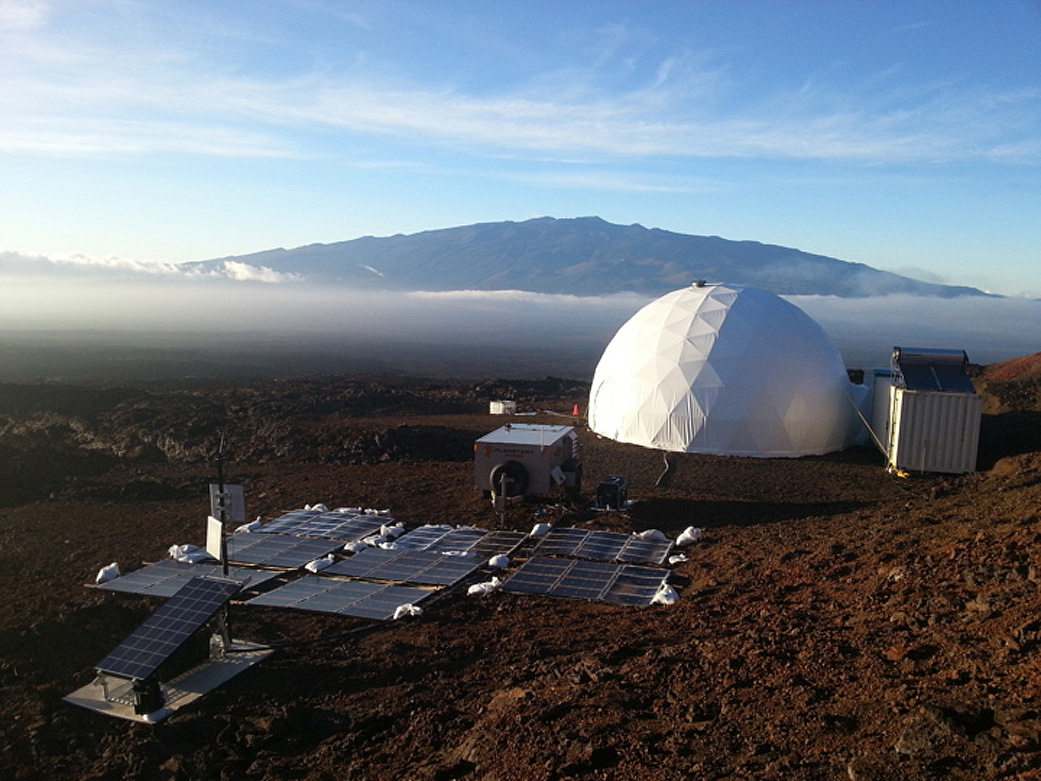 We’ve written quite a bit about Mars this year, and really it’s no surprise why: our species has already managed to get to the moon, and the nearby red planet is the logical next step in our human-accompanied space exploration efforts. But even as progress has been made in getting to Mars, there is still a part of the process that receives far less fanfare: what are our astronauts actually going to do when they get there?

In order to examine this issue and the effects of group isolation, NASA has been funding “Mars simulations” to see how a group of strangers works together in a confined space, and this past Saturday marked the end of another year-long mission simulation. In this case, the confined space was a 1200 square foot “solar-powered habitat” located on Mauna Loa in Hawaii. The dry, red volcanic landscape has provided a great facsimile of Mars for simulations such as this one.

Designed by Kona Science Café, the HI-SEAS study (which stands for “Hawaii Space Exploration Analog and Simulation”) aimed to examine how a group of people would create and cope with seeing only each other for extended periods of time; specifically, what strategies would they use to “ensure team cohesion and performance?” Or how would they cope with being unable to easily contact their friends and family? Throughout the study, the crew members had to deal with realistic conditions, including wearing a spacesuit when going outside and experiencing communication delays.

The crew members also kept blogs of their experiences, giving insight into the discoveries they made concerning interpersonal relaxation and cohesion. On July 15, the crew’s doctor, Sheyna Gifford, posted that the crew had had an argument over soil, and throughout her post she talks about how hurting people isn’t acceptable, especially on another planet when you rely on each other to survive:

One of the many great things about space is that taking life for granted becomes blessedly difficult. Every breath you take here is precious. Every morsel of food you get to consume is precious. Every person on your crew whether or not you happen to like them in that moment or in general is precious, because we all depend on each other to make it through this.

The crew’s experience will undoubtedly provide valuable perspective on how people cope with certain parts of astronaut life. If/when the human race does make it to Mars, it will be invaluable to know how to train our astronauts to cope with what would likely be a one-way trip.