Despite COVID-19, Elon Musk’s electric car manufacturer, Tesla, delivered nearly 500,000 cars throughout the pandemic. In fact, production outpaced deliveries by only 10,000 cars in 2020, a year that left most industries ravaged by stoppages.

Following the announcement, Morgan Stanley lifted its target price on Tesla stock from $540 to $810. The stock price took a sharp increase over the holiday weekend closing Tuesday at $735.11. 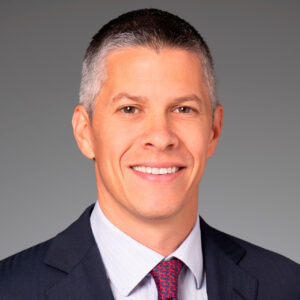 “In our opinion, Tesla is still the best positioned company in EVs and AVs under our coverage due to its people, its technology, business model and access to capital,” said Adam Jonas, Morgan Stanley analyst.

“Furthermore, it is important to note that the company has no entanglement with the environmental liabilities that burden its legacy competition. Put it all together and we believe Tesla’s business model can unlock recurring mobility services revenue faster and more profitably than the competition.”

Brian Johnson, a Barclays analyst, is taking a much less optimistic stance on the company. He’s doubling down on his categorization of Tesla as underweight, encouraging investors to reduce their holdings. He set a target price for Tesla of $230.

“With the shares trading at 15x EV/sales, Tesla shares trade well above the multiples of the newer EV entrants and, to an even greater extent, above multiples of legacy automakers,” Johnson said in a recent report.

In addition, Model Y production in Shanghai has begun, with deliveries expected to begin shortly.

But, a competitor is rising through the ranks at a rate others have been unable to sustain. Chinese EV manufacturer NIO(NYSE:NIO) is still a distant competitor to Tesla, but they’re feeding off of Tesla’s growth.

Since hitting the NYSE in late 2018, NIO stock has gone from $6 per-share to $53.51, a total increase of 791.833%. Headquartered in Shanghai, the company has offices in Hefei; Beijing; San Jose, CA; Munich, Germany, and Oxford, United Kingdom.

NIO’s first model was the EP9 supercar, introduced in 2016. The car propelled them into the global EV market. The company also manufactures a pair of SUVs (ES8 and ES6). The EC6 is their coupe-style offering.

According to the company’s website, the company will be launching the ET-sedan model on Jan. 9, 2021. The car rivals the Tesla Model S both in looks and performance.