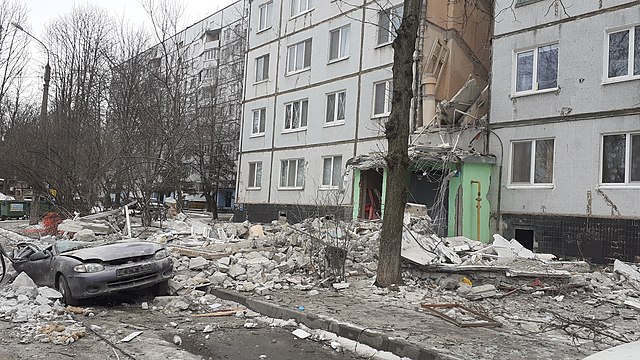 Tech companies around the world are severing ties with Russia following the country’s invasion of Ukraine.

Private companies have the right to deny services to whomever they wish, provided they are not discriminating against an individual’s religion, race, etc; but the hardline stance many companies are taking sets a dangerous precedent.

“We’re in a moment of emergency, but we’re creating precedents that other countries and governments will look back at and ask for the same action or treatment in regards to censorship,” said Emerson Brooking, a scholar of digital platforms and disinformation at the Atlantic Council, a centrist think tank. “This is an emergency, but it’s always an emergency for the government or group asking for help dealing with disinformation and the violence it creates.”

Corporations are becoming the world’s police, designating who is worthy to receive its products or speak on its platforms.

Most social media platforms have similar terms of use, stating that incitement to violence and obscenity will be removed from the platform. Disinformation campaigns are one of the core strategies of the Kremlin. Social media companies make an effort to flag and remove obviously fake news and are obligated to do so by their own community guidelines and terms of service. However, state-backed news should still be available to people who wish to hear Russia’s official viewpoint on the Ukrainian war.

The problem is a lack of dissemination of information on both sides of the conflict.

The West largely does not have access to Russian news after Youtube, Facebook, and Twitter shut down Russia Today (RT) and Sputnick’s pages. Both outlets are state-controlled international networks funded by the tax budget of the Russian government. Microsoft followed suit by banning RT’s app in the Play Store.

After Trump supporters stormed the U.S. capitol on Jan. 6, 2021, the internet rushed to de-platform the former president, with companies including Facebook, Snapchat, Reddit, and Twitter stating Trump had violated its terms of service. Right-leaning platform Parler was wiped from app stores due to its perceived spread of disinformation.

Conversely, Twitter did not censor Ukraine’s digital transformation minister Mikhail Federov after he called on people around the globe to carry out cyberattacks on Russia’s military and media, effectively creating a cyber army. According to Twitter’s terms of use, Federov’s tweet could be considered an incitement to violence.

The fallout from the call to arms could push Russia deeper into the arms of China, North Korea, and other totalitarian states with age-old grudges against Western nations and NATO, escalating the conflict to a level not seen since 1939.

The proliferation of propaganda and incitement of mob justice need to be stamped out online, but there needs to be more consistency surrounding when, and against whom, such policies are enforced.

The Will of the People

In Russia, the tech and media war has affected civilians more than Putin’s military. Facebook’s aggressive anti-Russia propaganda campaign led to a reciprocation by Russia that saw the government shut down the platform, citing a violation of local laws, according to Roskomnadzor, the government agency in charge of media and communications supervision.

Netflix’s and Tik-Tok’s resignation of services have further isolated Russian citizens from the rest of the world. These measures by the tech aristocracy may end up backfiring. The steady diet of state news with no reprieve could lead to a deeper level of indoctrination and a collective feeling that the rest of the world has abandoned them. The Russian people’s protest of the war has been one of the biggest thorns in Putin’s side to this point, and disillusionment with the West would play perfectly into the president’s hands.

The best way to fight bad information is with good information. The protraction of news sources inside and outside of Russia is leading to more confusion and more tribalism. Letting the floodgates of media flow into every crevice of the world community is the best chance at de-escalation.