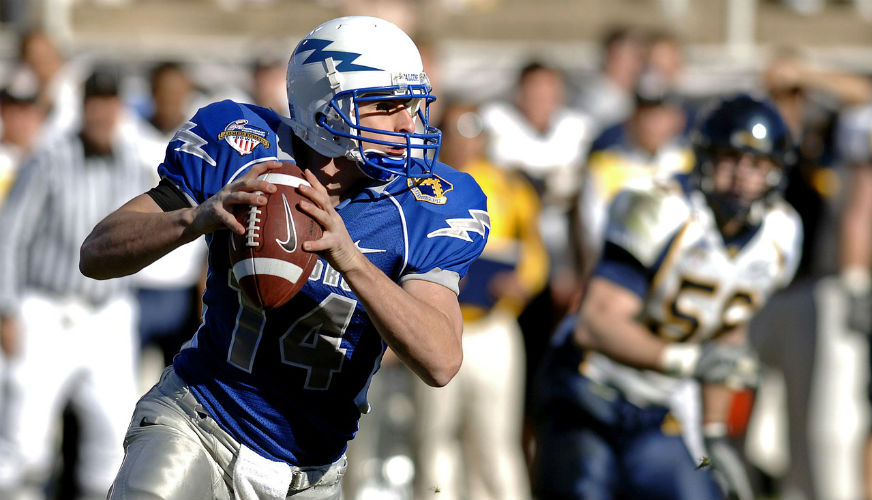 Sports technology has long been part of the NFL, with former Dallas Cowboys GM Tex Schramm and ace scout Gil Brandt using computers to leverage the power of big data in their highly successful tenure. The two helped build what would become one of the league’s winningest and most consistent teams from 1966 to 1989. All the Cowboys did in that 23-year span was go to the playoffs 18 times, win two Super Bowls, and churn out a slew all Hall-of-Famers, including Bob Lilly, Roger Staubach, and Tony Dorsett.

Schramm, Brandt, and the Cowboys front office were well ahead of their time, and their love affair with the machines of IBM and Squaw Valley is generally regarded as the first time that technology and the game we love truly intersected. Since then, sports technology has evolved quite a bit, becoming an integral part of the NFL in the process, with teams and the league itself using it in a variety of ways.

Teams through the years began following the Schramm and Brandt blueprint, using computers to collate data and make sense of them in meaningful ways. Teams are also utilizing computer technology to scout players, break down offenses and defenses, create an accessible catalog of plays, and much more. Lately, tablets have made their way to the NFL, with seemingly every player on every team having access to a tablet pretty much anytime he needs it, including even in-game. The result has been mostly positive, with teams running more sophisticated plays on offense and employing complex strategies on defense.

Different technologies are also being used by teams to improve player fitness, with high tech equipment, fitness trackers, and virtual reality among the innovations widely used around the league. Post-game and after-training recovery are being enhanced by sports technology, too, with soft-tissue massages, cryotherapy, and acupressure being some of the treatment methods teams have made available to their players. As such, players are largely fitter and seemingly more capable of pulling off amazing athletic feats, like Odell Beckham Jr. routinely making out-of-this-world catches, Cam Newton scrambling out of the pocket with grace and power, or Tom Brady defying Father Time.

Bleacher Report is correct in calling the NFL a “slow-moving machine” in terms of incorporating technology into the game. The league, notably, still uses chains to measure yardage and limits the in-game use of the highly advanced Microsoft Surface in viewing still images. Even more, the NFL has infamously resisted using goal-line technology, which has been widely used in soccer. This innovation eliminates goal-line controversies explains Coral, as the decision on whether or not a goal is legitimate is left to high-speed cameras strategically placed inside the ground. The whole process takes mere seconds, with the decision no longer subjected to argumentation. In contrast, the NFL continues to use the archaic instant replay to review contentious touchdowns, with the referees ultimately making the final call. There is hope, though, that the league will soon begin employing innovations similar to soccer’s goal-line technology as the league has steadily become more open to incorporating modern-day advancements.

To date, many of the technologies adopted by the league have made the game better. The much-maligned instant replay, despite its shortcomings, has helped referees get quite a few calls correct (although they have missed quite a handful, too, but that’s for another day). FieldTurf, introduced in 2002, has allowed players to play on artificial surfaces that are softer, safer, and more durable.

Perhaps most importantly, the NFL has begun using technology to ensure player safety. A particularly serious concern in this regard is concussions, which we discussed 5 years ago in ‘Keeping Football Players Safe’. At that time, the league had just settled its concussion lawsuit with 4,500 plaintiffs for $765 million, and since then, much has been done to mitigate the effects of the constant pounding players get on the field. The league’s chief helmet-makers, Riddell and Schutt, introduced in 2017 a new line of technologically advanced helmets aimed at improving safety. Riddell’s helmets, for instance, are custom-fit and designed with improved on-field vision in mind so players can better avoid collisions. Schutt then rolled out its “Tektonic” plate helmets that “move independently of one another and feature TPU cushioning to move independently of the helmet.”

More in the Way

While sports technology has permeated the game we love, there is still lots of room for it to make an impact in the NFL. In fact, Live Science outlined the technologies that may soon come to the league. One notable innovation the NFL ought to consider moving forward is the use of sensors, especially in determining first downs. Pressure sensors embedded in the gloves of wide receivers might be worth exploring, too, to help referees determine whether or not the football was caught.

Clearly, the intersection of technology and the NFL has opened limitless possibilities to improve the game. And it will be up to the league, its teams, and its players to take full advantage.

Piece was exclusively written for innotechtoday.com