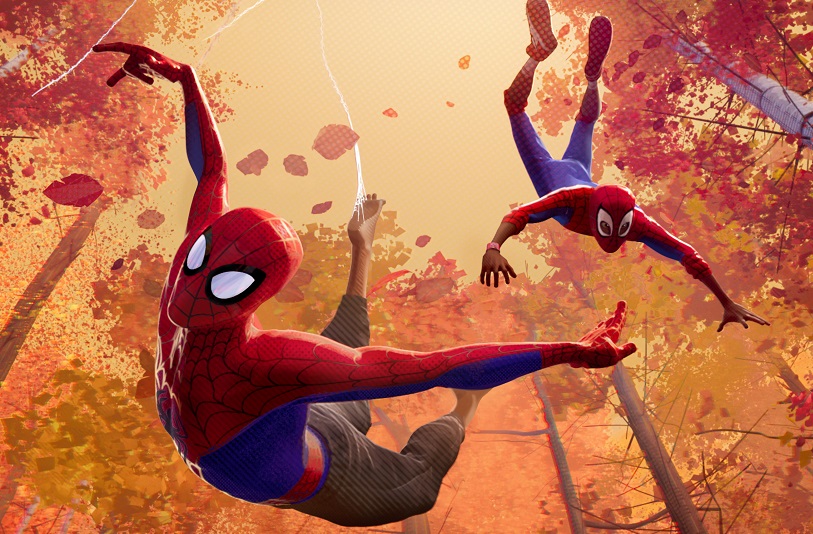 In my lifetime, I have seen every single Spider-Man movie that has been in theaters. Well, except Homecoming, but I had a really good reason that I can’t quite recall.

Each new Spider-Man experience was unique. I was inspired by the action and world-building of the original Spider-Man. I was in awe of the improvements made in Spider-Man 2. I was befuddled and tired leaving a midnight showing of Spider-Man 3. I was cautiously optimistic watching the rebooted Amazing Spider-Man. And I was basically numb upon seeing The Amazing Spider-Man 2. However, Spider-Man: Homecoming, when I did actually see it, was definitely enjoyable, providing a refreshingly small-scale superhero story.

Needless to say, my experience watching Spider-Man films has been a bit of a roller coaster. Well, we at Innovation & Tech Today were lucky enough to see an advanced screening of the film and, upon seeing Spider-Man: Into the Spider-Verse, I can honestly say that I left the theater not only thoroughly entertained, but overwhelmed with the sheer quality of the project. With that in mind, let’s break down exactly what made this film so enjoyable. (P.S. May contain very mild spoilers.)

Starting off, let’s get to the real meat of the film: the animation. This is the type of movie that you need to see on a big screen, not watching it on your smartphone in bed. If I had to describe the overall style of the production, I would call it a colorful, energetic comic book come to life. The physical movement matched perfectly with the fast-paced action and comedy, yet still reflected more somber and emotional moments with ease. At first, I compared it to the 2003 MTV Spider-Man show but, upon re-watching a clip from that series … nevermind.

Additionally, it’s the little touches that really add to the presentation. The little comic book-style boxes that pop in every once in awhile, the fluidity of the web-slinging, and even the diverse designs of the various Spider-Verse heroes add to the world the creators are establishing. Honestly, if I had to venture a guess, I would say that the film will sweep the “Animation” category once it’s eligible for awards. But what do I know? I also predicted that You Don’t Mess With the Zohan would win Best Picture in 2008.

The Pen is Mightier Than The Web-Shooter

While the animation is without a doubt the most talked-about aspect of this film, it shouldn’t overshadow the great writing involved. The story itself is highly entertaining, and, while it may not be everyone’s cup of tea, the standard superhero quippy humor flows pretty well throughout the dialogue. In fact, I haven’t heard a whole movie theatre laugh that much during most comedy films, let alone an animated superhero flick.

And that wasn’t the only way the audience was vocal, as a cameo that I won’t spoil in the film resulted in quite a bit of applause from the audience. I’ll give you a hint: It wasn’t Rob Schneider.

The story itself took interesting ideas involving Spider-Man lore and parallel universes that one would think would be difficult to pull off. Most importantly, it kept me entertained and involved the entire adventure, which is not easy for someone with my diminished attention span.

Interestingly enough, the story reminded me of Turtles Forever, a made-for-TV movie that similarly explores the various universes within the Teenage Mutant Ninja Turtle franchise. Now, am I accusing this major motion picture that I’ve spent an entire article praising of plagiarizing a low-budget film from 2009? Eh, maybe. I still enjoyed both though.

The characters are also written in ways that make them instantly memorable. In his big screen debut, Miles Morales is a protagonist with depth as he watch him struggle, grow, and learn. Peter B. Parker is a version of the classic Peter Parker we have never seen on film before. Similarly, Into the Spider-Verse offers a different version of Gwen Stacy seen in films such as the aforementioned abomination of Amazing Spider-Man 2.

Outside of that, we get three off-the-wall versions of Spider-Man that perfectly compliment the main heroes: the Warner Bros.-style slapstick of Spider-Ham, the anime-inspired mech suit version of Spider-Man piloted by Peni Parker, and the broodingly comedic style of Spider-Noir, played by Nicolas Cage. Yeah, that Nicolas Cage. Needless to say, each one added greatly to the personality, humor, and action of a film packed to the brim with all three elements.

Swinging into the Future

As this extremely well-written review is coming out before the film is released, I can’t speak on its commercial success. However, I can give you my prediction that Into the Spider-Verse will do much more than just rake in a good amount of cash. I can honestly see the film inspiring imitators from a number of genres. After all, Spider-Man is only one of hundreds of universes that can be adapted in this manner.

Could you imagine 1960s Batman teaming up with 90s Bruce Timm-era Batman to battle various incarnations of the Joker? Or different versions of He-Man and She-Ra taking on generations of Skeletor? Or the classic Full House team teaming up with the Fuller House squad to wage war against the difficulties of suburban living? OK, maybe not that one.

It’s clear that this is hardly the only experience we’ll have with this franchise, with sequels and spinoffs apparently already in the works. Hopefully, these upcoming films can build on the original concepts seen in Spider-Verse and propel the characters into even more entertaining situations. And, most importantly, this gives Sony a chance to bounce back from their original Amazing Spider-Man franchise plans. Y’know, the ones with an Aunt May spinoff film and a zombie Gwen Stacy.

Turns out, with an incredibly entertaining release like Into the Spider-Verse, we live in the multiverse where Spider-Man films are just getting better and better.

For an exclusive interview with Spider-Man: Into the Spider-Verse animator Josh Beveridge, make sure to check out the upcoming winter issue of Innovation & Tech Today.