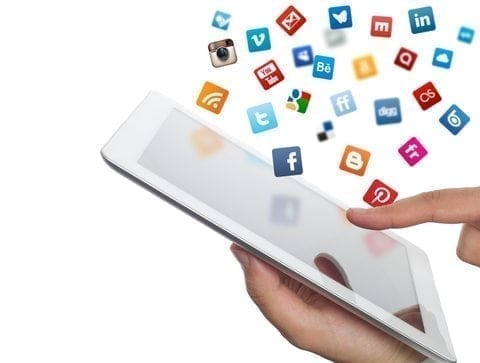 Sustainability is about working together as much as it is about finding renewable resources, saving on energy, and being mindful of communities in which businesses operate. Today, there is no greater public barometer of a company’s ability to connect with customers than social media.

“What do companies love to be and love to portray themselves as to you?” Yeomans asked. “You’re going to find out on Facebook.” Yeomans learned that of the 195 total product brands represented by the Big 15, a total of 74 communicated in some way about corporate sustainability — a surprisingly low 40 percent. Four brands made up 50 percent of that total.

“What we have is a failure to communicate on a brand level,” he said. “Fundamentally when it comes to sustainability at this moment, companies don’t trust themselves to communicate it at a brand level. It gets in the way of the arc of the story or message they want to present.”

Yeomans suggests companies change the way they tell stories — drastically. “If you don’t connect in a way that gives your customer a reason to join your journey, you’re not going to have success.” He then presented eight tips for soft sustainability — the key to peer-to-peer success on social media and in the marketplace:

• Know what you have to say

• Know what you do well

• Know your strengths — and weaknesses

• Know how to be transparent

• Know how to be creative

• Know how to be useful

• Know how to lead and when to lead the debate