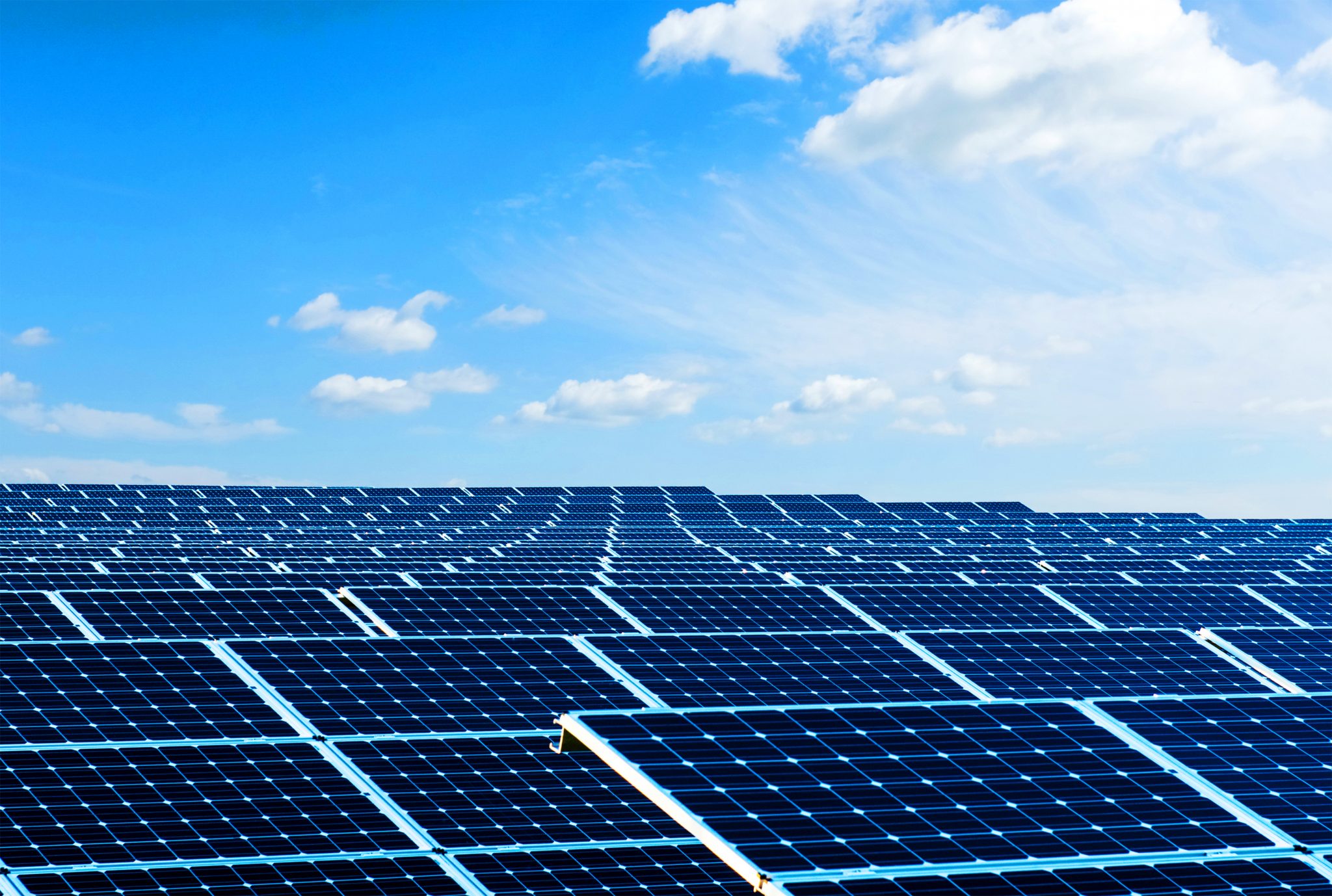 What is the smartest city in the world? What makes it that way? We look at the latest most essential form of urban development to ensure sustainability and efficiency. It is not necessarily tall or short, big or small, remote or central. However, it is intelligent — very intelligent. So much so that it connects within and beyond itself to optimize the quality of urban life for all.

Welcome to the smart city, the urban model that follows the basic hierarchy of a thriving, living, integrated ecosystem. Resources (water-energy-waste) flow efficiently; traffic is nearly non-existent; manufacturing and production hubs are optimally coordinated; commercial business centers share a distributed renewable energy resource; and neighborhoods, parks, and public spaces are safe and social (both virtually and actually). Governments enjoy direct, real-time access to citywide information, so as to clip the wings of crime or catastrophe at its source.

Science fiction? No, this is fast becoming the current reality for leading-edge world cities through the Carbon Neutral Cities Alliance and others. It is also a new way for visionary companies like Panasonic and Qualcomm, who are reinventing the urban landscape for tomorrow.

Sound cool? Complex? Well, it should. We are talking about the infinite opportunities to integrate efficiency, safety, and higher quality of life into every city process and system for each of the 3.6 billion urban dwellers who live and work in the world’s major cities. In fact, the transformation of the urban landscape has already begun. It only now needs smart citizens (you and me), ever-growing political will, and a bit of capital to embrace our smarter future, in order to speed and to scale.

If you’re reading Innovation & Tech Today, then you are already probably smart, and you already understand the socio-economic, environmental stakes here. Cities are responsible for nearly 70% of our global carbon footprint while housing 50% of the people on the planet. They add stress to existing infrastructure-resources-roads, which in turn creates a positive feedback loop to changing climate. Now, imagine our footprint if we ramp up urban population from 50% to 70% by 2050, as predicted. You get the picture.

Simply put, we need to innovate. If we apply the human body metaphor to the urban landscape, then we need to upgrade the neural networks of our cities and engineer intelligent tissues into our existing urban bodies to help them operate healthier and more efficiently. Smart citizens need healthy urban bodies, right?

Already, many cities from Seoul to San Francisco have interactive, virtual mapping digital technologies such as crowd-sourced point-to-point taxi services and integrated light rail, train, bus, and car share mobility apps and maps. More public-shared transportation options are coming online in major world cities. Then there’s traffic – not just Internet traffic, but physical, bumper-to-bumper, uber-frustrating traffic, where the only consolation (if you are a hybrid/electric car owner) is that your car battery re-charges after you brake 100 times per hour. If you’ve not yet crossed over to the light electric side, then the smart real-time traffic flow maps (complete with construction zone warnings and alternative GPS re-routing strategies) are very effective life-mind-time savers.

ARUP predicts that, if we don’t upgrade to first-rate smart mobility, United States city congestion costs in 2030 will reach nearly $186 billion per year. That’s a lot of traffic ticket capital to raise. I imagine smart citizens wouldn’t let that happen, because Smart Urban Mobility is the New Green.

It’s challenging to deliver consistent and citywide mobile connectivity and bandwidth capacity 24/7. Further, if we expect nearly 25 billion smart devices to be connected to the virtual cloud of everything by 2020, as is predicted by the Gartner Group, Juniper Research and others, then managing the ever-increasing Internet traffic for all our daily tasks (beyond averting traffic) becomes an even greater challenge.

Now, imagine that we will evolve as truly connected urban dwellers, with 3.6 billion people tweeting, searching, purchasing, poking, and posting over 100 to 200 times a day. What’s the solution to well-managing and well-directing all that virtual traffic? Localize it. That’s exactly what Qualcomm is doing, weaving connectivity and capacity into existing infrastructure citywide. Imagine adding local hotspots to park benches, light posts, or corner mailboxes. What about the once-commonplace public telephone booths, now urban heritage sites? New York and Qualcomm are actively converting them into Innovation Hubs, equipped with Internet connectivity, mobile recharge capacity, and digital information displays. All we need next is Starbucks coffee, and we’ve begun the Pursuit of Happyness (remember Will Smith’s film?) toward a new re-wired entrepreneur hub culture. 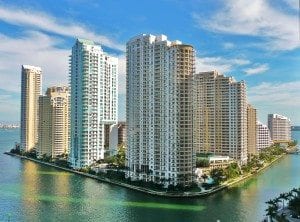 While we’re in renovation mode, why not re-paint those light poles with solar cells, attach a micro-wind turbine or two, or add an air quality meter (like smart urban planners are doing in China)? We would succeed in creating a local, distributed, shared hybrid energy source that also measures air quality. It creates a new way of looking at ourselves as global citizens who access and exchange energy from any point in our connected urban ecosystem. As the initial investment, urban tax, or loan is paid down to build the infrastructure, then that energy resource becomes free. Imagine a free resource — sounds great, doesn’t it?

What about the role of upgraded neural networks on enhanced performance, reliability, and response time for civil services? Imagine the impact on urban justice, peace, and disaster relief if surveillance cameras were integrated into traffic lights. And what if cities further launched cool citizen response campaigns and apps so that those 25 billion devices could be used by smart citizens uber-networked citywide to automatically alert relevant response teams when an emergency strikes (Ebola), a natural disaster hits (Kathmandu earthquake), or a crime spree breaks out (Ferguson, Baltimore)? What could Baltimore and Kathmandu possibly have in common to mitigate future devastation and the extraordinary resources now needed to aid repair? Both need smarter infrastructure, where surveillance can help lead to greater public service and social justice.

Then there’s digital technology. What if we use it to monitor, manage, repair, upgrade, and optimize existing city infrastructure preventatively? The New Climate Economy Report estimates that $90 trillion will be invested in urban infrastructure globally in
the next 15 years. With the right digital technology, partners and purposeful urban managers can more efficiently target and tackle the bumps and the bruises in our vintage urban centers. They can use localized sensors on roads to target the most damaging potholes for repair.

Sensitive digital technologies can rapidly detect and pinpoint leakages in water pipelines, note lower or higher water pressure, and measure water quality. With these tools, imagine the environment-energy-cost savings. Given depleting ground water storage, current drought conditions, and chronic dependence on imported water, a digital solution to identifying water loss hot spots and streamlining connectivity among all the stakeholders must be music to any mayor’s ears.

In Saipan, a U.S. territory in the Northern Mariana Islands, Qualcomm and CH2MHill recently joined forces to address the small city’s 70% water leakage and water theft problem with a new cellular-based metering system. Imagine what Qualcomm’s digital technology could do for Los Angeles at scale!

From Waste to Fuel

Finally, no urban story is complete without covering the ripe topic of trash. If we as smart citizens embraced cradle-to-cradle circular economy principles of design (e.g. William McDonough, The Upscale: Beyond Sustainability) and reduce, reuse, recycle, or repeat urban zen philosophies, then the concept of waste would be eliminated. If we really want to take the urban ecosystem metaphor to its zenith point, we can look at converting waste to wealth in our cities.

Enter again the smart technology Qualcomm has introduced to trash collection. It begins with smart trash bins, where solar-powered intelligence screens monitor contents and wirelessly communicate that information to a virtual site accessible for collectors en route. Isn’t it more efficient for collectors to skip visiting half-full or empty trashcans every day? Imagine that same technology and new efficient pick-up protocol applied to other city resource flows, like delivery of medical supplies, packages or flowers.

I don’t normally get excited about trash, but you have to admit, this technology presents a pretty amazing picture moving forward. And the story has just begun. Most thrilling is that the lead characters across the urban landscape, like Panasonic and Qualcomm, are reinventing a new era of urban innovation and collaboration. Says Kiva Allgood, head of Qualcomm’s Smart Cities Initiative, “that’s where the real magic happens.”

Clearly, it’s the dawn of a new day. The perfect storm narratives on climate-congestion-inconvenient truths are swiftly being replaced by the refreshing, regenerating, intelligent narratives on smart and connected cities. Since cities are made of citizens, we can’t forget that our future urban landscape is only as intelligent as the smart citizens who design, manage, and maintain them.

That would be you and me.

CATHERINE CUNNINGHAM is a writer, screenwriter, futurist,
and circular economy expert based in Orange County, CA.
She can be reached through www.eikosphere.org.

How Hemp Can Create a More Sustainable Future