I make it no secret that I’m a huge fan of The Simpsons. For decades now, my go-to show when I’m relaxing has been a classic episode of the inexplicably yellow Springfieldian family rather than anything new on TV. Mostly because I fear change, don’t want to try anything new, and would prefer to nostalgically harken back to my simpler childhood when the only worries I had were whether or not I would miss an episode of The Simpsons.

However, one could argue that the show may have overstayed its welcome just a bit. And by just a bit I mean around 20 years too long. The show has long been criticized for running well past its prime, going from easily one of the greatest shows on television to a conversation piece where the question of “is that still on?” is posed. 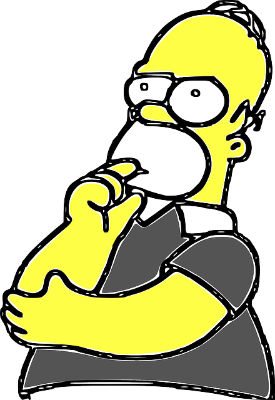 Well, whether you don’t like the new episodes or just don’t watch the new episodes, you know that the series has to end at some point. After all, it can’t just go on forever, surviving the robot uprising, can it? …Let’s not think about that right now.

When the show does finally end, many fans are curious as to exactly how the writers will approach it. One popular theory is that The Simpsons will end with a Christmas episode, bringing the entire series full circle from its original pilot. One Reddit user even had an interesting plot idea in which the main characters enter a contest to write the Itchy and Scratchy finale. Personally, I believe the show should end with another film. I believe it would allow them to approach a full-scale finale using the extra time to fit in as much of the world they’ve created as possible, much like they did with the first movie. Which I just realized came out 10 years ago.

The Simpsons is an American institution, having changed the landscape of television and developed an entire generation’s sense of humor. Sure, the show has undoubtedly dipped in quality over the years, but so have I. (Zing!) I’m sure, however the show does end, it will be an appreciation of the show’s legacy and the end of an era.

Although I kind of hope they go with Conan O Brien’s finale idea.