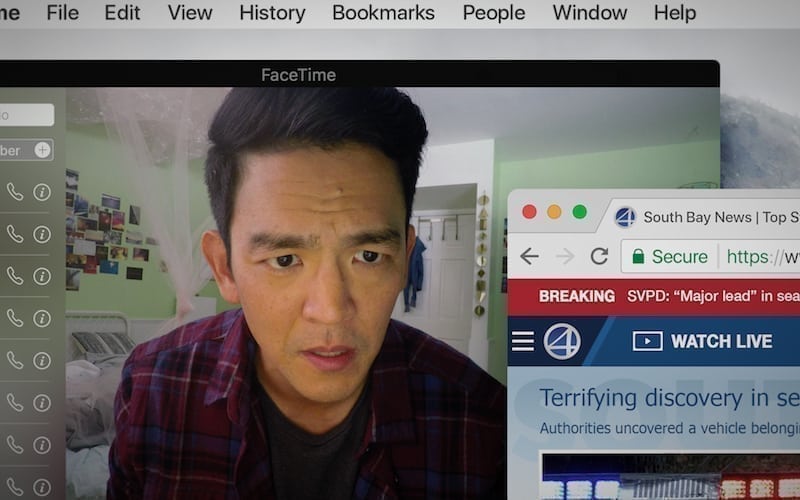 In 2014, Unfriended hit theaters with mixed opinions. It was a standard teen horror film, except with one unique detail: it was all filmed on computer screens. The production studio, Bazelevs, then set out to make another screen-based movie. At the 2017 Sundance Film Festival, Searching, a thriller written and directed by Aneesh Chaganty, first debuted. It was then picked up for national release and will hit movie theaters everywhere on August 31st.

Starring John Cho (Harold and Kumar Go to White Castle, Star Trek: Into Darkness) and Debra Messing (Will & Grace), Searching takes viewers on an engaging and intense thrill-ride as David Kim (played by John Cho) searches for his daughter. If you’re worried about watching a whole film through computer screens, don’t be.

While naturally, the format is limiting in many capacities, it still provides a deep world to explore. The live action scenes don’t vary much. Since computers largely stay within the houses of their owners, that is where the story largely unfolds. At times, the story ventures outside via smartphone, but mostly, scenes are contained in various rooms.

However, while the live action aspects are limited, the online world is expansive. The portrayal of the internet — how people use it, how it’s formatted, all the way down to the ads — is extremely accurate. The film actually speaks volumes to how the modern family interacts in the age of technology.

While staring at a computer screen for an hour and a half may not seem appealing to some, they would be surprised to see how much weight that can carry. As Aneesh Chaganty told me, “You don’t need to show someone’s face to convey that fact that they are crying. You can do it with a blinking cursor. You can do it with the press of a button; at the closing of a window. You can make people feel without doing anything traditional.”

That is exactly what Searching does. It takes viewers through the traditional pathways and feelings of a thriller, in a very un-traditional manner. And it works. The story isn’t groundbreaking but it’s good enough to carry the film. But, at the same time, Changaty took a risky format, a still relatively untested format, and out of it he made an engaging and emotional film.