Salinas Valley and the Future of Farming

By the year 2050, it is projected that the world’s population will hit 9.1 billion, 34 percent higher than today. According to a Food and Agriculture Organization report, food production will need to increase by 70 percent to support these numbers. Population growth doesn’t just mean more people; it also means less land. Adding to this food production problem is a U.S. farm labor shortage – a result of an aging workforce combined with a decrease in immigrant workers. This has led to slower (and more expensive) production. Given all these factors, things are not looking good if the world wants to feed 9.1 billion in the next 30 years. 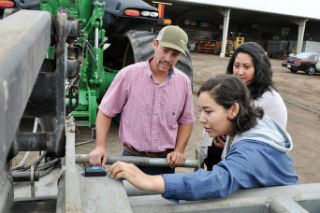 Since farm expansion isn’t an option, people are finding new ways to produce higher and more efficient yields through agricultural technology. For new innovations in ag-tech, there is no greater place to start than Salinas Valley, California, charmingly known as “The Salad Bowl.” According to the California Department of Food and Agriculture 2016 Report, California was the sole producer (with 99% or more of the nation’s supply) of almonds, artichokes, dates, figs, grapes, kiwifruit, olives, pistachios, peaches, pomegranates, sweet rice, and walnuts.

Not only is California the home of the country’s largest agricultural producers and exporters but it also hosts the country’s hottest tech hub, Silicon Valley. So, it is in Salinas Valley, just an hour south of Silicon, that California’s innovations in agriculture and tech converge. Home to agricultural giants such as Dole Food, Chiquita, and Driscoll Berries, Salinas Valley is changing the focus of its $9 billion industry. Historically reliant on human power, Salinas Valley is beginning to concentrate on information technology and automated farming. 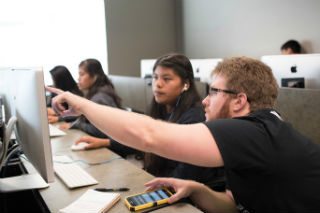 Andy Matsui, a Japanese immigrant who found success in Salinas, donated $2.9 million to start the Steinbeck Innovation Cluster (named after native author John Steinbeck), a three-year computer science program at Hartnell College and Cal State Monterey Bay. The program hopes to turn the children of farmworkers into the coders of the next generation. In downtown Salinas, the Western Growers Association for Innovation and Technology has set up shop in hopes to create the first major wave of ag-tech start-ups. The association currently hosts 37 start-ups working on everything from drone and satellite-based mapping, to soil sensors, solar energy, and app-based data management.

What else has come out of Salinas Valley? How about an automatic lettuce harvester equipped with water knives? The machine uses ultra-high-pressure blasts that cut through lettuce and then sends the leaves to workers who trim and sort them. Or, there’s also AgriData, which has created a machine that can be driven through fields, track fruits and vegetables, and predict yields.

In California, where rain is a rarity, many farms are using soil detectors that monitor moisture content and allow for more efficient water use. In processing plants, machines do quality control, detecting undesirable fruits and vegetables and sorting them out of distribution. While the debate around automation may be heated, Salinas has worked to find the balance between a robotic and human workforce.

These new opportunities in information technology and robotics are good news for a city where around one in five residents live below the poverty level. These new innovations will hopefully not only create more opportunity for the people of Salinas, but also make food production more efficient for the world’s growing population.

Featured Image By BrendelSignature at English Wikipedia, CC BY 2.5

Salinas Valley and the Future of Farming