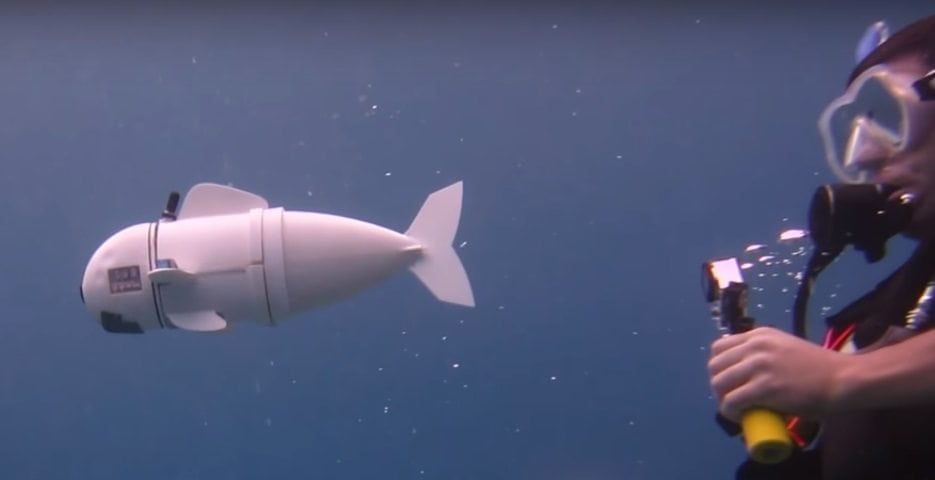 Imagine if you could view the ocean floor with the ease and grace of a fish. What would you learn about the surrounding environment? What would you discover about the health of the ecosystem or the behaviors of other fish? Researchers at MIT’s robotic lab have spent years trying to answer that question. And recently, they completed the development of a remarkable new research tool: a robotic, biomimetic fish. Labeled the Soft Robotic Fish (SoFi), the innovation is propelling the way ocean researchers are able to collect data about precarious marine environments.

SoFi is no ordinary robot; it was built to mimic the agility, speed, and buoyancy of an organic aquatic organism. The life-like movement enables SoFi to follow schools of fish and interact with marine organisms without scaring them away or altering their behavior. This unobtrusive research method will provide marine biologists and oceanographers perspectives which were previously unobtainable.

Roboticists were able to recreate the natural movement of a fish by introducing some creative new technologies into SoFi’s design. By filling its sensitive circuitry with oil rather than air, SoFi is able to maintain structural integrity at great depths and intense pressure. Further, it is able to communicate using acoustic signals rather than traditional radio frequencies. “Acoustic signals in water can travel for much longer and with much less energy consumption,” notes Robert Katzschmann, MIT CSAIL roboticist. The advancement in communications enables the robotic fish to talk to its operators from more than 60 feet away.

Using articulating pieces and a water pump which transfers water from one side of the fish’s tail to the other, developers were able to create a fluid movement similar to that of an actual fish. The addition of an internal piston which compresses and decompresses air to create neutral buoyancy resulted in a remarkably life-like swimming motion.

It is becoming increasingly important to obtain accurate data about ocean dynamics and the health of marine ecosystems. Overfishing is hitting some regions particularly hard and giant swaths of plastic debris are invading some of the most sensitive habitats for marine species. Advancements in oceanic data collection are pivotal to implementing solutions to these problems and biomimetic tech like SoFi might just lead the way.

Featured image is a screenshot from the MITCSAIL YouTube channel