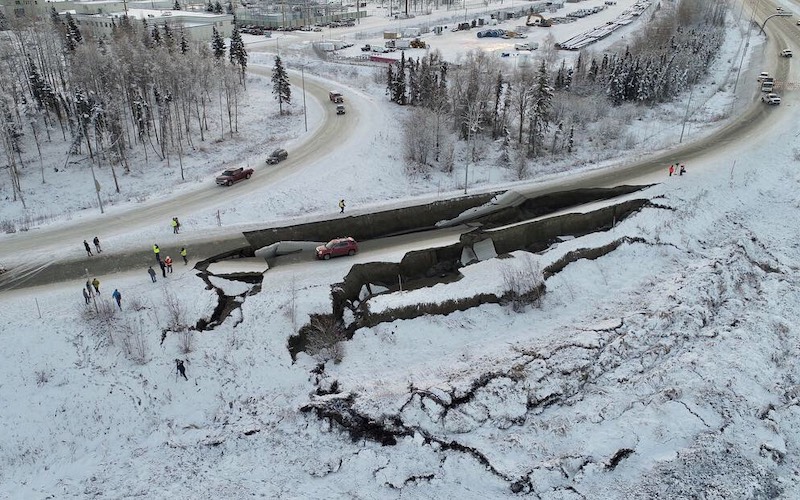 How Resilience Technology is Helping Communities Through Natural Disasters

At 8:30 AM on a Friday, when many people were starting their morning commute, the ground in Anchorage, Alaska began to quake. The single road leading into the state’s largest city twisted and churned into crumpled piles of asphalt.

In all, eight major roadways in Anchorage were damaged or destroyed. Five short days later, all eight had reopened. How was one of the United States’ most remote cities, deep in the throes of winter, able to repair so much so quickly?

Simply put, they were prepared.

Alaskan officials had a plan in place, they had the proper equipment and machinery on hand, and they had a specific set of operations to follow in the event of an earthquake. Their preparation made them resilient and able to recover more quickly from the unpredictability of nature’s wrath. 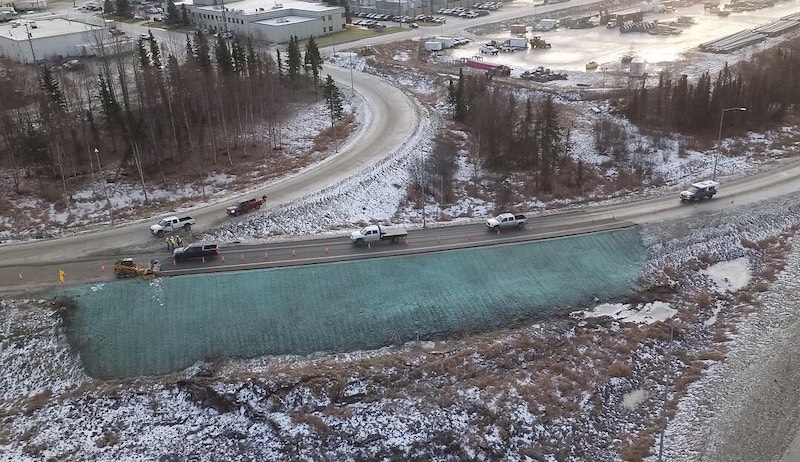 Resilience isn’t something that just happens, it’s a byproduct of planning and ensuring the right technologies are in place before they are needed. It’s also something the U.S. is largely under-prioritizing. The chaos after Hurricane Maria struck Puerto Rico is a stark reminder of what a lack of resilience looks like.

Puerto Rico faced a complete loss of their infrastructure, from power to communication. If the island had reliable energy generation and storage capabilities, perhaps some of the 2,795 people who perished would have survived.

The energy grid is one of the most vulnerable components of American infrastructure. Often, loss of power can easily equate to a loss of life. Just ask Zaida Maldonado, whose son relies on a ventilator to breathe.

In the days following Hurricane Maria, Maldonado and her family scrambled from hospital to hospital in search of reliable power. According to an NPR report, one week after Maria made landfall, only 11 out of 69 hospitals had electricity or fuel for their generators.

The Rise of Resilient Tech

Advancements in energy storage could change the outlook for disaster recovery on a global scale. Renewable energies are now cost-competitive with traditional power generation methods, but the challenge is how to store that power effectively when the sun’s not shining or the wind isn’t blowing, and how to make that power accessible for the people who need it.

To mitigate the effects of natural disasters like Hurricane Maria, the National Renewable Energy Laboratory (NREL) is working to develop new methods of power storage. These technologies could help build a stronger, more resilient energy grid and contribute to the development of more microgrids. 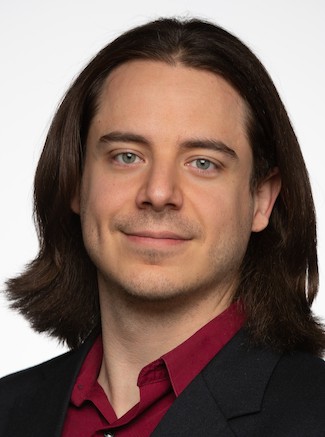 Adam Duran, program manager at NREL, explains: “Microgrids take a lot of different forms and scales. They are often a localized group of electric sources and loads. So on the smallest scale, your house could be its own microgrid. All of the appliances in your house would be the load, then let’s say you have a solar array on your roof that generates your electricity. If you keep that contained, that is its own house microgrid.”

In Maldonado’s case, a microgrid would have allowed her to generate enough energy to operate her home and advanced energy storage solutions would have enabled her to do so indefinitely. In an emergency situation, that capability could be the deciding factor in whether her son takes his next breath.

To address these life-threatening issues, NREL partnered with energy company Shell to establish the Shell GameChanger Accelerator Powered by NREL, or GCxN. The program works to solve renewable energy challenges and is currently focused on creating battery storage options to enhance grid resiliency.

Duran explained how the technology may impact energy infrastructure: “When we think about the utility grid of the future, we’re looking at multi-source generation. Whether it be conventional energy production with the carbon sources we have, we’ll have that integrated with renewable generation. Then we’ll have a really flexible, smart way to do that distribution and transmission through the line.”

He continued, “We used to work our way down from regional generation. The viewpoint now is to start thinking about it from the individual household and working our way up, then using that as a means of coordinating the grid and all the demand and generation that goes with that.”

One company participating in the GCxN program is Electric Grid Monitoring (EGM), which uses sensors throughout the grid in tandem with wireless networks to communicate with utilities operators. Technicians can then respond faster to outages or problems and send resources where they’re most needed. In the case of Puerto Rico’s outages, the system would have been able to communicate which hospitals had power so government agencies could route patients more effectively.

Other companies working within the GCxN program are exploring concepts like solid/liquid zinc energy storage and thermal energy storage to create longer lasting batteries that are cheaper and more efficient than existing options. The ability to store power from a sunny day and use it on a cloudy day could be pivotal to maintaining grid operation.

Duran elaborated, “These new technologies are helping provide resilience, especially when we start talking about the broader topic of microgrids and how we can start – whether it be at the household level, the neighborhood level, or this broader grid-specific level – helping to provide opportunities for backup storage power sources. Being able to store that energy when it’s inexpensive or when the grid is operating at full capacity and then being able to draw off of it when it’s expensive energy or when we lose access due to natural disasters is one of the big benefits.”

As extreme environmental disasters become more common, microgrids could eliminate power failures. Heat waves, brown outs, floods, earthquakes, and forest fires would no longer threaten a region’s ability to provide power to its citizens. In a future where every home or neighborhood generates and stores its own power, the fear of power outages could become a distant memory. Families like those of Zaria Maldonado could rest easier at night, knowing their power is renewable, sustainable, and reliable.

Man-made machines may be the cause of increasing climate instability, but technological innovation may also be the defining factor in whether we succumb, survive, or thrive in the years ahead.