Running has an oddly high injury rate for a sport with no contact. Golden Harper founded Altra Running as a way to help runners reduce injury. Next up for Altra? The IQ series, which places sensors inside the shoes, allowing them to analyze your gait and correct your form in real time while you run. We had a talk with Golden about running, the IQ, and his favorite post-run beverage.

Innovation & Tech Today: What spurred you to create your own shoe company?

Golden Harper: Looking at the research, we noticed that traditional running shoes crowd the toes, they’re twice as thick in the heel, and noticed that people run more poorly in shoes than they do barefoot. We ended up designing and testing shoes with wider toe boxes and noticed that runners’ injuries and discomfort significantly decreased, so we tried to give the designs to major brands. But they didn’t fit into any company’s “branding,” so we started our own company to do it ourselves. 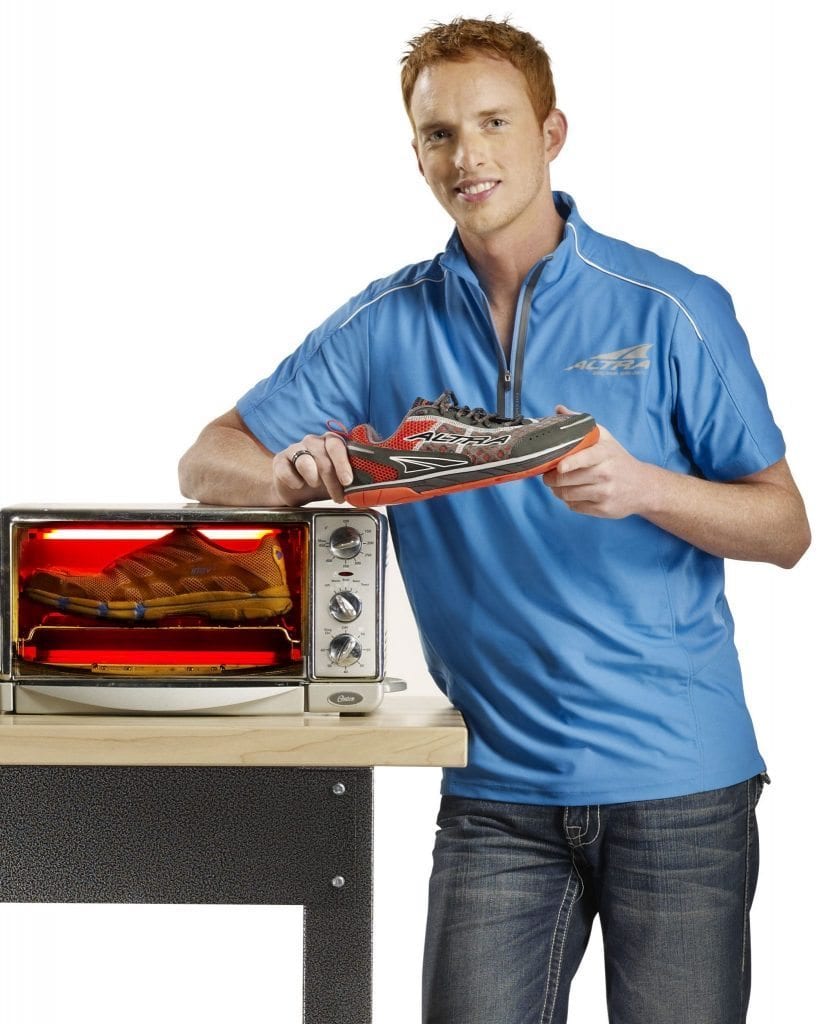 According to his coworkers, Harper started making shoes by heating up used pairs of shoes in an oven and then re-assembling them.

I&T Today: The IQ is an ambitious piece of gear. Where’d you get the idea for it?

GH: IQ is actually the name of the series. We’ll have a bunch of shoes with the tech eventually. The Torin IQ road shoe will be the first model. We had a big brainstorming meeting after the first year, and Scott at Icon Health and Fitness said, “We own these sensor patents. What can we do with them?” So we got going, and after five years of work, we’re taking coaching to the next step.

I&T Today: The feedback it provides is extensive. Is it geared more towards professional/competitive runners, or will the average joe get a lot of use out of it?

GH: Actually, the biggest benefit will be to newer runners, people who are NOT super well-trained. It acts as a coach for people who aren’t going to hire a full-time running coach.

Real people should understand that it’ll tell you stuff like watches and fitness trackers, but they tell you how your run WAS. This’ll tell you how to improve your run while you run it. It’s not enough just to know what went wrong during your run; this tells you what to do with it HERE and NOW in the middle of your run, when you’re hurting [and] you need help.

I&T Today: What’s your favorite distance? Do you prefer trail or road?

GH: I like both, prefer trail, obviously, favorite distance, either 5k or 50 miles. I love the intense speed of a 5k, especially on a trail, and I’m good at 50-milers, so of course I’m a fan of those!

Ginger beer! The Bruce Cost Ginger beer does one with passion fruit in it, and in the Pacific Northwest, I love Crater Lake Apple Ginger Beer.