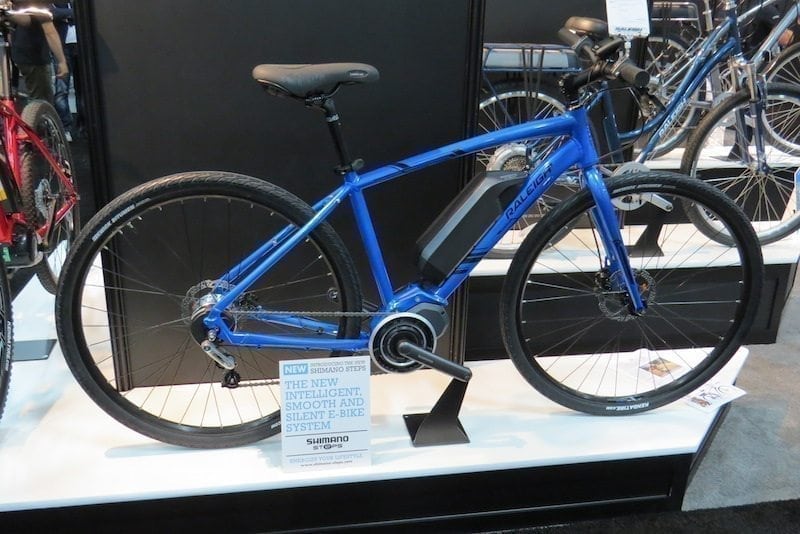 In the world of modern technology and crowded commutes we find the two often cross paths. With rush hour traffic and the pain of finding parking, it’s becoming more common to ride a bicycle to and from wherever we go. Raleigh, a leading bicycle manufacturer, has joined the expanding field of electric bikes, which are changing the way we commute. Raleigh’s newest version of their critically acclaimed Misceo iE has truly set a new standard of a hybrid bike. This bike crosses the borders of sport, comfort, and luxury to make something truly outstanding without burning a hole in your wallet.

The 2016 Misceo iE sells for just shy of $2,700, which is a few dollars cheaper than its predecessor from 2015, and comes with a handful of new and improved features. The rugged aluminum alloy frame is standard without suspension, but even with the large battery and integrated motor, the entire bike still weighs less than 44 lbs. The only color choice for this bike is an electric blue, which may not appeal to everyone, but it suits this bike’s style. The 2016 model comes with threaded eyelets and bosses for mounting fenders, a bottle cage, etc. As standard for all models, the front wheel is quick release for easy packing and mounting, and both wheels have 116mm hydraulic disk brakes by Shimano. One of the most impressive features of the bike is the electric shifting. With this feature you can tune the bike to your preference of how long you would like to stay in each gear while accelerating and decelerating. The bike takes control, knowing when to up-shift or downshift according to your preference and speed. This feature is fantastic for keeping the workload of both you and the motor, as low as possible to reduce the stress on both.

Just as impressive to the automatic shifter is the comprehensive torque sensing motor, which promises a lot. There are three settings for feedback in regards to how much power the bike will contribute in response to your pedaling. The first setting is Eco, which gives you 50% feedback, and has the farthest range for the charge. The second setting is Normal, which responds with 100% feedback. And finally High mode gives you 200% feedback. This wide range of power settings really gives the bike a comprehensive feel that either makes or breaks a product like this.

With all aspects of this bike considered, Raleigh definitely deserves a round of applause in regards to their newest and most impressive E-bike. The Misceo iE undoubtedly is an essential part of any commuters arsenal.

Cyber Monday 2021: Freshest Deals and Where to Get Them Now