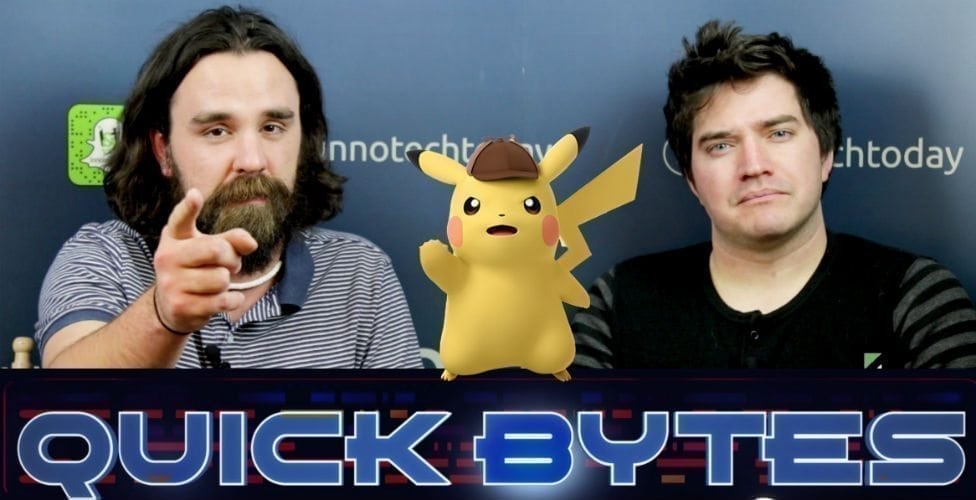 Another week, another load of strange and interesting news from the worlds of science and tech. On this week’s episode of Quick Bytes, hosts Alex and Anthony take a look at everything from a surprisingly intuitive science experiment to 2017’s game of the year.

One of the more interesting topics we tackle in the episode is the recent announcement that Deadpool himself Ryan Reynolds will star in the upcoming Detective Pikachu film as the iconic Pokemon mascot. How will he prepare for the role? Will he be doing motion capture for the film? And, most importantly, will he win an Academy Award for his performance? Our money is on yes.

Additionally, the Quick Bytes co-hosts cover Star Wars Rotten Tomatoes ratings, a mysterious fireball, and a game by Nintendo that (shockingly) made a lot of money. Does Alex storm off at the end of the video as he has numerous times before? You’ll just have to watch the video below to find out.

Don’t forget to subscribe to our YouTube channel to stay up-to-date on all of our newest videos. Make sure to check out our special (and timely) Star Wars edition of Quick Bytes, in which we discuss some lesser-known facts from the series. Additionally, you’ll want to watch our InnoTech Arcade series, in which we take a look at lesser-known games with catchy, wacky titles such as Super Slam Dunk Touchdown and Battlesloths 2025: The Great Pizza Wars.