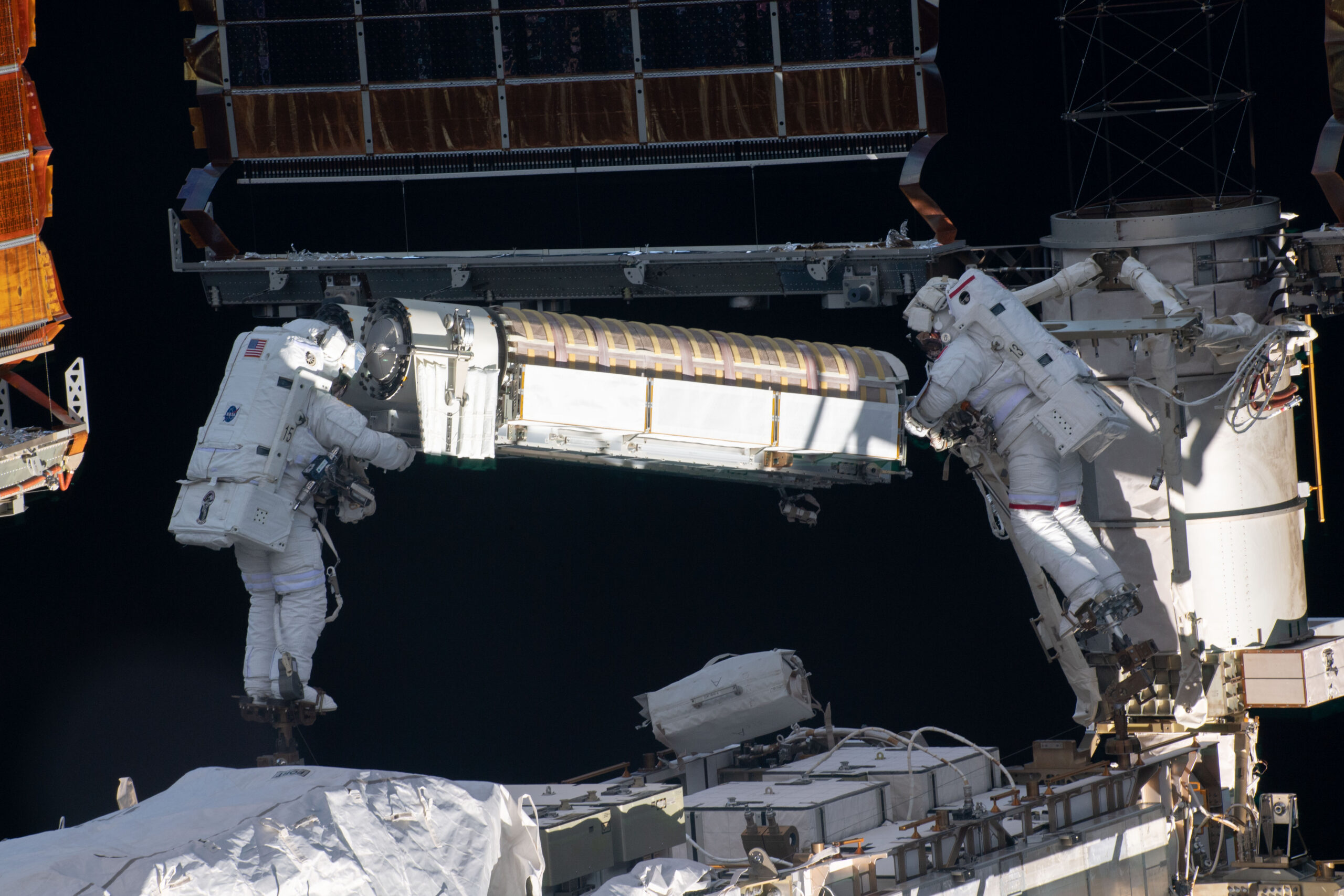 Two astronauts will venture outside the International Space Station Friday, June 25, for a third spacewalk to continue power system upgrades that are already increasing output and proving the technology that will enable NASA’s future Gateway lunar outpost.

Live coverage will begin at 6:30 a.m. EDT on NASA Television, the agency’s website, and the NASA app, with the crew members scheduled to exit the station’s Quest airlock around 8 a.m. The spacewalk will last approximately 6 hours, 30 minutes.

Shane Kimbrough of NASA and Thomas Pesquet of ESA (European Space Agency) will install and deploy the second of six new ISS Roll-Out Solar Arrays (iROSA) on the station’s 4B power channel.

Pesquet will be extravehicular crew member 1 (EV 1), with red stripes on his spacesuit, while Kimbrough will be extravehicular crew member 2 (EV 2), with an unmarked suit. During the spacewalk, Pesquet will secure himself to the end of the station’s robotic Canadarm2 then grasp the iROSA. Operating from inside the station, NASA astronaut Megan McArthur, with NASA astronaut Mark Vande Hei serving as backup, will command the robotic arm to maneuver Pesquet and the array as close as possible to the installation location.

The spacewalk will follow two other recent spacewalks. On June 16, Kimbrough and Pesquet moved the first iROSA to a mounting bracket on the 2B power channel on the port 6 truss, where it was secured in its folded configuration. On June 20, the duo returned to the 2B power channel to complete installation and deployment.

The current solar arrays are functioning well but have begun to show signs of degradation, as expected, as they were designed for a 15-year service life. The first pair of the space station’s original solar arrays was deployed in December 2000 and powered the station for more than 20 years. The new solar arrays are being positioned in front of six of the current arrays, increasing the station’s total available power from 160 kilowatts to a maximum of 215 kilowatts. The same solar array design will be used to power elements of the agency’s Gateway lunar-orbiting outpost.

In November 2020, the International Space Station surpassed its 20-year milestone of continuous human presence, providing opportunities for unique research and technological demonstrations that help prepare for long-duration missions to the Moon and Mars and also improve life on Earth. In that time, 244 people from 19 countries have visited the orbiting laboratory that has hosted nearly 3,000 research investigations from researchers in 108 countries and areas.

Learn more about the International Space Station, its research, and its crew, at: