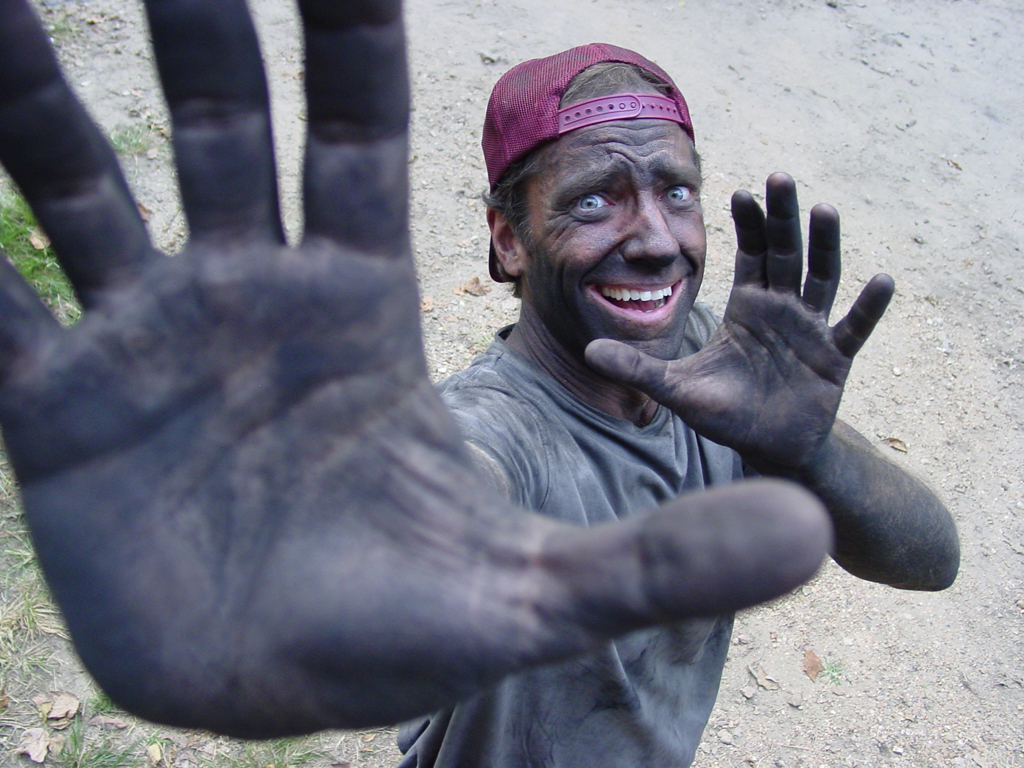 Millions of Americans know Mike Rowe as the Dirty Jobs guy, the host of one of the most popular shows in cable TV history. But did you also know he’s one of the nation’s foremost promoters of finding skilled workers to fill the gaps that exist in technology and other industries?

Our publisher, Charles Warner, caught up with Mike just as we were heading to press. What follows is their conversation.

INNOVATION & TECHNOLOGY TODAY: Mike, what was life like for you before Dirty Jobs?

MIKE ROWE: I had maybe 300 separate employers. I started in the Baltimore Opera, did some community theater, and appeared in some truly unfortunate infomercials. I also narrated everything with the word “Wildebeest” in it. (Trust me, it never works out well for the Wildebeest.) My first actual job in TV was on The QVC Cable Shopping Channel. I worked the graveyard shift there for three years, and became fairly facile at impersonating a TV host. I was eventually fired in 1993 — deservedly — and moved to Hollywood. I’ve been working on this or that ever since.

I&T TODAY: Was a career in television always the plan?

MR: No. God no. I wanted to be a tradesman. I lived next door to my grandfather — one of those men who just seemed to know how things worked. With no formal education, he went on to master just about every trade. Carpentry, electrical, plumbing, mechanical … the guy could build a house without a blueprint. I wanted to do that.

MR: I didn’t get the handy gene. Skipped right over me.

MR: Tell me about it. In high school, I washed out of every shop class there was. I had no aptitude for the thing I wanted to do, and couldn’t understand why I was failing.

I&T TODAY: What did you do?

MR: I let it go. I enrolled at a community college and took some random courses in a bunch of things I had never considered. Philosophy. Rhetorical analysis. Speech. I learned to sing. I learned to write. I learned to act. I joined the debate team. I guess I left the industrial arts for the liberal arts, but when I started working for a living, I still thought of myself as a tradesman. I still do. With a slightly different tool box.

I&T TODAY: So how do you explain 300 Dirty Jobs? You shot for eight years in all 50 states. For a guy with commitment issues, that was a pretty big bite.

MR: Total miscalculation. I was pitching an idea called Somebody’s Gotta Do It, a short-term project about real people doing real work that I thought my grandfather might enjoy watching. Discovery called it a “talk show in a sewer,” but agreed to order three hours. They changed the name to Dirty Jobs, and gave me a budget that rivaled my first weekly allowance. In turn, I signed some paperwork that gave them the right to order more episodes, if by some unthinkable chance people actually watched. Eight years later, we were still shooting. Careful what you wish for …

MR: Yeah. Along with my attitude. Dirty Jobs was personal, and when it went to series, I was determined to keep it that way. No writers, no actors, no scripts, no “confessionals,” and no second takes. Nothing fake. It was hard work for sure — we were on the road 300 nights a year. But it was simple and honest. And a hell of a lot of fun.

I&T TODAY: Yet, for all its humor and simplicity, Dirty Jobs touched on some very big themes. Entrepreneurship, innovation, the dignity of work, the definition of a “good job.” MR: Those themes were always in the show, but they didn’t really become central until the economy crashed. In 2008, unemployment was headline news, and there was constant talk about how “all the good jobs had vanished.” But Dirty Jobs was telling another story. Every week, we proved that lots of jobs still exist for people who are willing to learn a useful skill and work their butts off. Reporters were suddenly interested in a “dirty jobs perspective.” I was happy to share it.

For more of Innovation & Technology Today’s Interview with Mike Rowe, be sure to subscribe