On August 9, WE Day will broadcast on the ABC network. The event, a celebration of positive social change featuring a long list of celebrities and inspirational speakers, looks to make an uplifting impact. The largest youth empowerment event worldwide, WE Day features appearances by trailblazing individuals such as Anna Miller, an 11-year-old born with a genetic bone disorder who advocates for the  importance of inclusive coding.

One noteworthy collaborator for WE Day has been Microsoft, who originally began partnering with the WE movement in 2013. In this exclusive interview, Microsoft Worldwide Education Vice President Anthony Salcito describes this partnership as well as the importance of teaching young people to code. 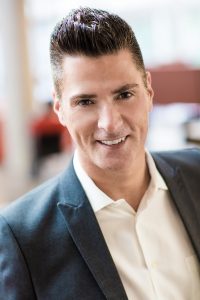 Innovation & Tech Today: What’s a normal day like as the VP for Microsoft Worldwide Education?

Anthony Salcito: Well, I try to spend as much of my time visiting schools and school leaders and teachers. I travel quite a bit of my time, meeting with folks and getting out in the world.

I try to get out to learn from what’s happening. One of the things about my job is that I’m actually a student of what’s happening in education. Going into classrooms, seeing some of the challenges students, educators, school leaders are struggling with. And then, finding ways where Microsoft can help, rallying teams across the field, as well as our company, on what we need to do to support great education activity. Whether it’s helping empower students to achieve more, helping support and celebrate great teachers, helping leaders with the complexities and the challenges that they face and how do we optimize quality education for all students and overcome barriers of equity and connectivity, et cetera.

I&T Today: I wanted to know a bit about Microsoft’s collaboration with WE.

AS: Absolutely. So, we’ve been a very close partner with WE and really love working with the organization, mostly because of our belief in service-based learning. Service-based learning really helps not only unleash the great potential students have to make a difference on the planet, but it changes the way in which they think of their world. They see what’s possible. Even if you listen to Anna Miller, she is someone who believes in a world where saying “yes” is what happens. So, saying yes to opportunities, saying yes to overcoming barriers and obstacles, saying yes to a new mindset. This is something we believe in. We need to bring it into classrooms all around the world.

We have been kind of helping WE make doing good doable for the last two years, being sort of a core technology partner, and we have been helping the WE organization scale globally. The WE mission has been largely connected in North America region, primarily because of the WE Day motion. Students attend WE schools primarily in Canada and the U.S. and they get incentivized to go to WE days. We believe so much in the mission, we thought that the right plan would be to scale globally.

I&T Today: How would somebody utilize the WE Day Connect  platform?

AS: By watching the digital version of a WE Day, specifically designed for the web audience. It’s a web session like a streaming video that would happen live, and very similar to WE Day, what schools do is they’ll do a celebration within their school, and on a projector in front of a classroom, students will watch the WE Day contest, hopefully get inspired by stories and examples, like a WE day would happen live in LA or Seattle, or Toronto, but they’re doing it virtually.

I&T Today: I know that Microsoft has really been instrumental in Anna Miller’s story; can you tell me a bit about that?

AS: Well, she’s a great fan of Minecraft, and that’s been a huge connection for Microsoft, and not only is she super impressive; there are students like Anna all over the world and we see the same kind of dynamics. When you get them to get exposed to digital tools in a way that helps them to solve problems and to unlock their sort of connected skills that we’re going to need in the world of work that we’re seeing, kids unleash this amazing energy and potential, and that’s happening when she’s learning coding and seeing the potential of technology in every part of life, and getting confidence that she can build and make with tools like Minecraft.

There’s a tool inside of Minecraft called Code Builder, which is essentially an integration of a code language, and this could be Microsoft’s own code or even from things like Scratch, inside of the Minecraft game. So when students are playing Minecraft: Education Edition in schools, and they want to do a complex problem, or maybe they want to build a street and maybe put lamp posts and roads for a very long environment, they can program a sequence of code to actually automate construction inside the game. This is a great way to learn basic programming skills in a very real and tangible way. You know, a student’s trying to make something complex happen in Minecraft and they can actually learn the fundamentals of programming to make that possible, and that’s something that we’ve seen not only students get super excited about understanding in sort of a tangible way, but really learn to code in many ways to solve challenges they’re facing inside Minecraft.

And so this is a good balance that we’ve seen, and that’s something that I think has really inspired Anna. And the thing that’s great about Anna is that she wants to help others, and she wants to make something that not only helps other people with disabilities, but other kids learn to code because she still believes in what we can do with coding and digital skills in the future.

I&T Today: Why do you believe it’s just so important for this next generation to learn coding?

AS: Well, I think this digital future that we are living in is really a human transformation culture where we need to unlock the mindset of people to apply their talents, their passions, their skills, to solve challenges, to help the world be a better place. That said, technology is all around us, and by using digital tools we can make things not only possible, but scale solutions to a much larger degree than we could ever do before. So I think students are inspired not only by the role technology plays in their life, but their ability to make a real impact, with building an app or reaching out globally with an initiative. Students can scale their impact in a much better way digitally.

I&T Today: Where do you see this collaboration between Microsoft Worldwide Education and WE developing in the future?

AS: We’ve been working with WE since 2013 and we certainly will continue to build our partnership and learn. Fundamentally, we are absolutely believers in the WE movement, and believe in the tremendous potential in every student. And when we apply student energy and talent to solving challenges and building on things that we need to solve in the world, we can unleash not only tremendous support for the future, but leverage students to bring compassion, support, and creativity to each other around the world. And hopefully people like Anna inspire students to not only pick up coding, but to see an opportunity to say “yes” to their future and say “yes” to helping others. And that’s something that has been great to see. Microsoft is really proud to support WE and will continue to support the WE organization as they scale and hopefully become more of a global movement instead of just a North America movement. 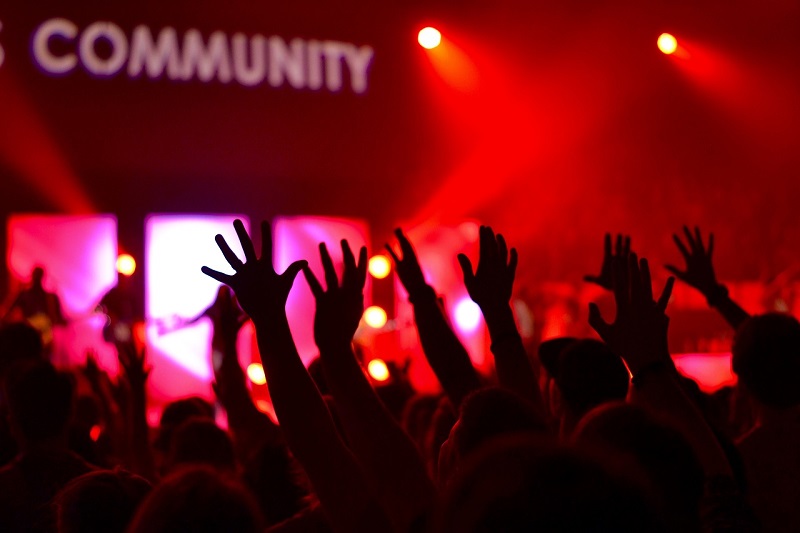