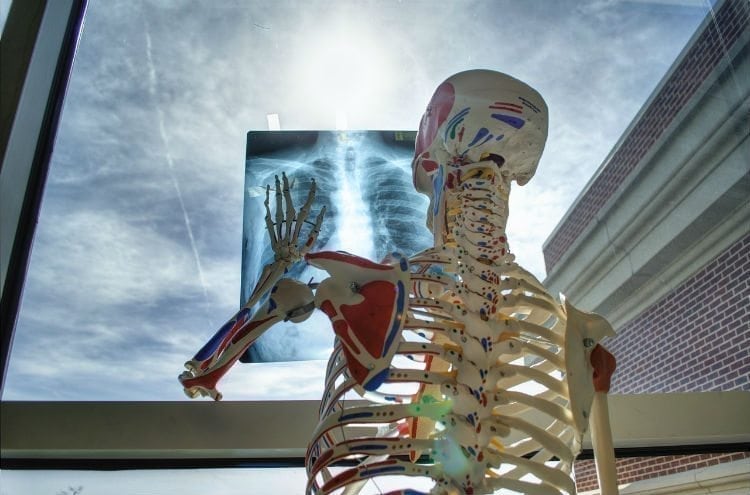 Many cutting-edge medical technologies come about as a result of smart people, lots of money, and years of research and testing. But if the history of innovation is any indication, serendipity should take a lot of credit too. Here are a few notable and amusing highlights from the surprisingly long history of medical technology. 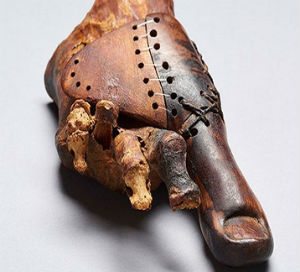 In 2000, archaeologists unearthed what was thought to be the world’s oldest prosthetic device attached to the mummy of a 50- to 60-year-old Egyptian woman who was missing a big toe. While some historians speculated that the prosthetic toe, which was made of wood and leather, was merely attached during mummification for religious or ceremonial purposes, a 2012 study suggested otherwise. Replicas of the toes were made and outfitted on volunteers missing a big toe. The volunteers walking improved significantly while wearing the prosthetic toe, and they even found it more comfortable than a plaster, linen, and glue version that postdated it by almost 500 years!

1816: An early version of the stethoscope amplifies heart sounds and allows doctors to maintain their decency. 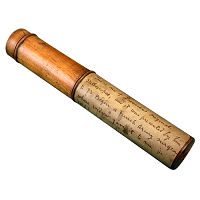 When French physician René Laennec invented the stethoscope in 1816, it wasn’t only a medical breakthrough, but an improvement in a doctor’s propriety. The idea for the stethoscope came about when Laennec, who was attempting to diagnose a heart condition in an obese woman, hesitated to place his ear directly on the woman’s bare chest to better hear her heartbeat. Ever the gentleman, he applied his basic knowledge of acoustics, rolling up a sheet of paper and placing in on the patient’s chest, allowing him to hear the patient’s heart without committing an act considered immodest at the time.

German physicist Wilhelm Röntgen was experimenting with cathode tubes one day in his laboratory when he noticed that rays emitted from the tubes would briefly illuminate a special screen located on a bench a few feet away. Coining the invisible rays “X-rays,” he spent the following weeks investigating their unique properties. The real utility of X-rays, however, was discovered soon after when he made the very first X-ray photograph of a human body part, his wife’s hand. Upon seeing the macabre image of her bony left hand and wedding ring, she reportedly exclaimed, “I have seen my death!” 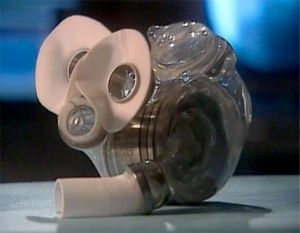 1956: A dummy helps inspire the concept of an artificial heart.

One day, Dr. Henry Heimlich (the late creator of the Heimlich Maneuver) invited professional ventriloquist and friend Paul Winchell to observe an open-heart surgery. After watching the patient, unfortunately, expire during the surgery, Winchell used his knowledge of dummies to come up with the concept of an artificial heart. Another fun fact: Winchell served as the voice of Tigger from Disney’s Winnie-the-Pooh and Gargamel from The Smurfs.

We can thank NASA for developing products many of us use on a daily basis, including memory foam, handheld cordless vacuums, and astronaut ice cream. One invention, a hand-held, high-intensity LED unit, has been used by physicians as a treatment for cancer, to accelerate wound healing, and relieve chronic pain. But the purpose of its creation was quite different: astronauts were researching a viable light source to grow plants during spaceflight.