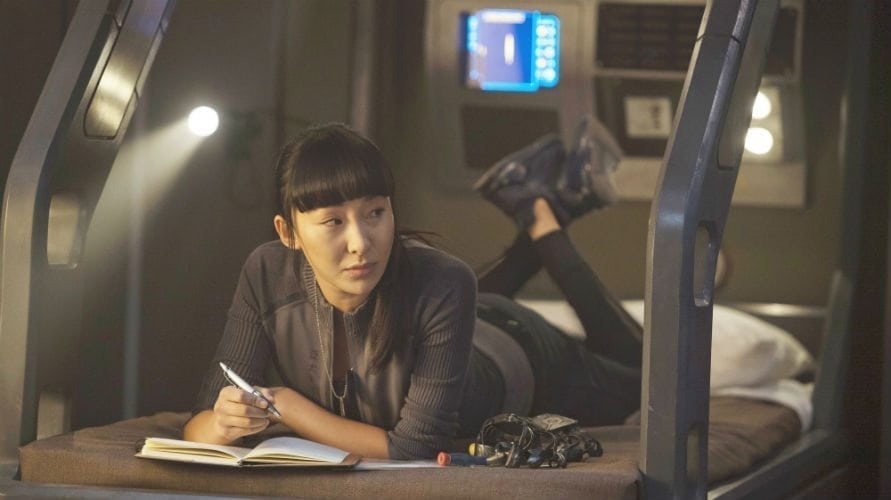 With a multitude of talents, including acting, singing, presenting, and dancing, there’s a good reason Lily Ji was named one of the 13 Young Actors & Musicians Coming Up In Hollywood In 2018. In this exclusive interview, we discussed her role in the upcoming Pacific Rim: Uprising, how she first got into the world of acting, and her dream film role. 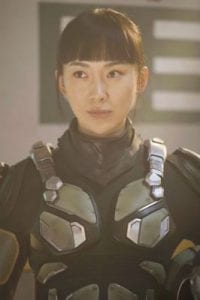 I&T Today: Looking at the original Pacific Rim that came out a few years ago, what do you think is going to be the biggest change in Uprising?

I&T Today: Could tell me a little bit about the character you’re playing in the film?

Lily Ji: Her name is Mei Lin Gao. She’s from China, and she’s definitely the hard worker, always studies very hard, but she’s definitely not the nerd. She’s not a nerdy girl. She just has to study very hard. She has to get a top score any more than she can eat. And it’s true she’s always the top scorer, anyway, in class. And she trains really hard as well. She wanted to be just like as good as the boys. So if the boys can do something, she wants to do something the same too. She’s that kind of girl.

I&T Today: Was there anything that drew you to that character as well?

Lily Ji: Absolutely. Because I don’t want to do something too stereotypical. Because when I was in school, I remember {playing] character’s always like a masseuse, laundry owner, or prostitute. That was kind of the stuff, just boring. Like “what? Again?” I don’t want to be like that all the time. I prefer stronger roles. So yeah, it’s quite different, and I’m really happy about that.

I&T Today: Outside of that film, I was looking through some of the other projects that you’ve done, and one of the most intriguing to me was When You Reject A Kung Fu Girl on Tinder. Can you tell me a little bit about that?

Lily Ji: It’s actually not a film. It was just this fun video I did while I was shooting Pacific Rim in Sydney with my friend. We were like “Let’s film something fun.” I wanted something for my action reel, really. And my friend’s this martial arts artist and a host for this Australian program. But it was really fun. You can see it on my Instagram.

I&T Today: What other projects do you have coming up as well?

Lily Ji: I finished two films earlier before getting ready for Pacific Rim: Uprising. But those are both action. One, I’m actually the action girl, like a badass. And the other one is for Chinese New Year with Ernie Kormen as the producer. So they are both action-ish, very interesting to do. And I’m about to start a new TV series, it’s a sitcom and I am the lead. It’s a Chinese TV sitcom to showcase my comedy talent. And the TV series called The Gods will be aired this year too. So basically four projects: two TV series and two films after Pacific Rim: Uprising.

Lily Ji: I love to because I can’t just stay at home and do nothing. I will go crazy. 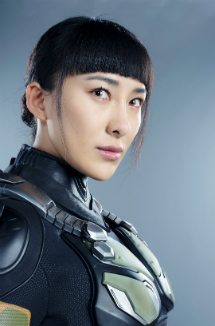 I&T Today: What first got you into acting?

Lily Ji: I guess definitely my parents. Because my mom … She used to teach dancing and singing when she was young. And then she was my first singing and dancing teacher, and piano teacher actually. And my dad, he works for Yunnan Arts University for the theater department. So I think they really helped shape me for that, my career and everything. When I was little, he always would watch great films with me like Boys Don’t Cry, The Piano Teacher, those kind of films. So I think that’s how I started. And I started dancing from around age three. So I guess it’s always in my blood.

I&T Today: Do you still end up dancing very much?

Lily Ji: Not that much. After 11 years, I stopped training. But, of course, I still can dance if it’s necessary or needed for any characters really. I dance sometimes just for fun or for certain projects. But I definitely need to stretch a little bit…

I&T Today: Was there one film you’d watch over and over when studying acting?

Lily Ji: Black Swan definitely. And I actually really … one of my favorites is definitely The Talented Mr. Ripley, and I’d love to do a female version of that.